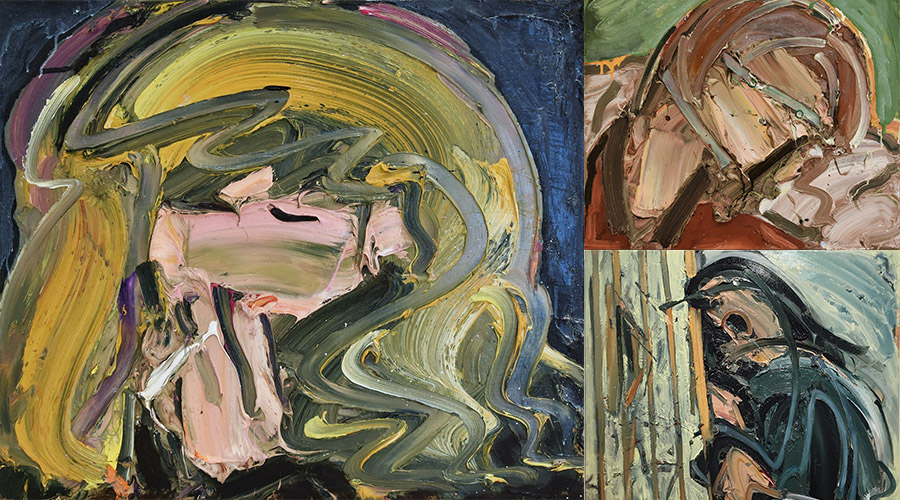 Toby Raine’s approach to art is incredibly distinctive. Thick lashes of paint have become his calling card, often strewn across the canvas via energetic strokes and built upon one another to bring his muses to life in a textured form. This unique approach has cemented his status as one of Auckland’s most prominent artists, case in point of why the esteemed Gow Langsford Gallery is currently showcasing a solo exhibition dedicated to the painter’s most recent works — a collection entitled Heroines and Heroin.

The exhibition, which kicks off today and is due to run until 26th October, is a paint-spattered homage to popular culture and its icons. Raine addresses themes of addiction and celebrity via painted depictions of actors, musicians and models: where one piece illustrates two intertwining bodies indulging in a kiss — like that of Kings of Leon frontman Caleb Followill and Victoria’s Secret model Lily Aldridge, on their wedding day — another showcases Twin Peaks character, Laura Palmer, lighting up a cigarette.

Raine’s penchant for classic, cult horror films is evident, with Twin Peaks serving as just one of many references that hint to his predominant horror/fantasy motif. Much of the collection pays tribute to some of this genre’s most notable films in history, including The Shining and The Exorcist, with a notable focus on the iconic female characters that starred, like Michelle Pfeiffer in medieval fantasy Ladyhawke, Isabella Rossellini in 1986 masterpiece Blue Velvet and Ellen Burstyn, commemorated for her history-making performance in The Exorcist.

In true Raine style, Heroin and Heroines is a thought-provoking exhibition that not only invites nostalgia — by encouraging us to reminisce on pivotal cultural moments — but also reminds guests of the interesting and talented female visionaries whose presence has made a serious cultural impact over the years. As such, Raine’s latest exhibition is set to be captivating for all, whether horror-movie junkie or otherwise.

Toby Raine’s Heroines and Heroin will be showcasing at the Gow Langsford gallery from 2nd – 26th October, for more information, click here.