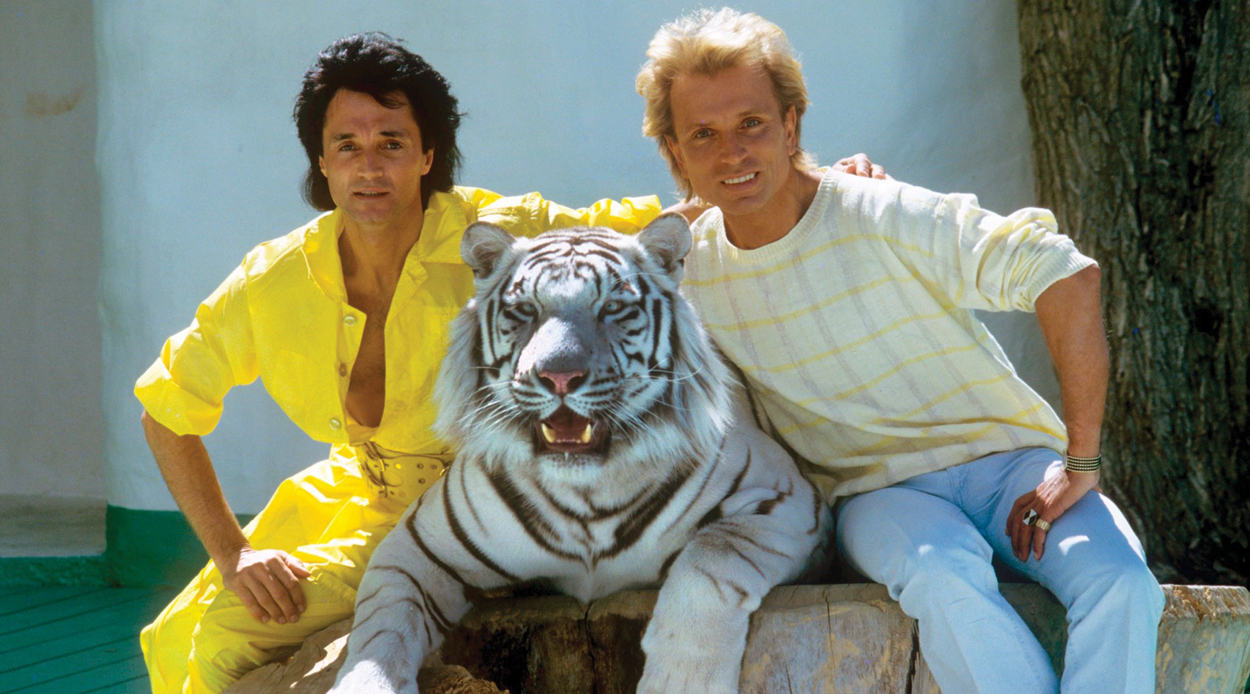 From the latest podcast from the Obamas (featuring Kendrick Lamar) to psychologist Esther Perel’s new dating show, these provocative audio series cover cultural phenomena, while investigating why we are so drawn to them.

Wild Things: Siegfried & Roy
Big hair, big cats, and even bigger egos. Over the course of nearly half a century, the illusionists and pop culture icons, Siegfried & Roy, performed shows for over 50 million people — until disaster pounced. For his very first podcast, Emmy- winning filmmaker and journalist Steven Leckart takes us behind the velvet curtain to reveal the hidden truths and shocking moments from Las Vegas’ flashiest magic show.

Sweet Bobby
There are a lot of provoking podcasts about love cons out there, but the one that should
be in your AirPods is Sweet Bobby. Delving into the craziest case he’s ever come across, investigative reporter Alexi Mostrous uncovers one of the world’s most sophisticated catfishers in one truly twisted true story.

The Big Hit Show
From the production studio founded by the Obamas (Higher Ground), The Big Hit Show investigates pop-culture obsessions. While the first season covered the love-hate phenomena of Twilight, the next covers the success of Kendrick Lamar’s album To Pimp a Butterfly, with the rapper himself taking the mic.

This Is Dating
From the makers of the captivating and consoling Where Should We Begin? With Esther Perel comes This Is Dating. Exploring modern romance over a series of virtual first dates, think of this podcast as a classic reality TV show, but with a relationship psychologist, and a lot more earnestness, in the sound mix.

Hooked
From three years of conversations between Tony Hathaway and journalist Josh Dean, Hooked tells the first-hand story of one of the most prolific recent robbery streaks. As a top design engineer at Boeing before hoodwinking the FBI, Hathaway takes us on a journey through his high life (before it crashed).