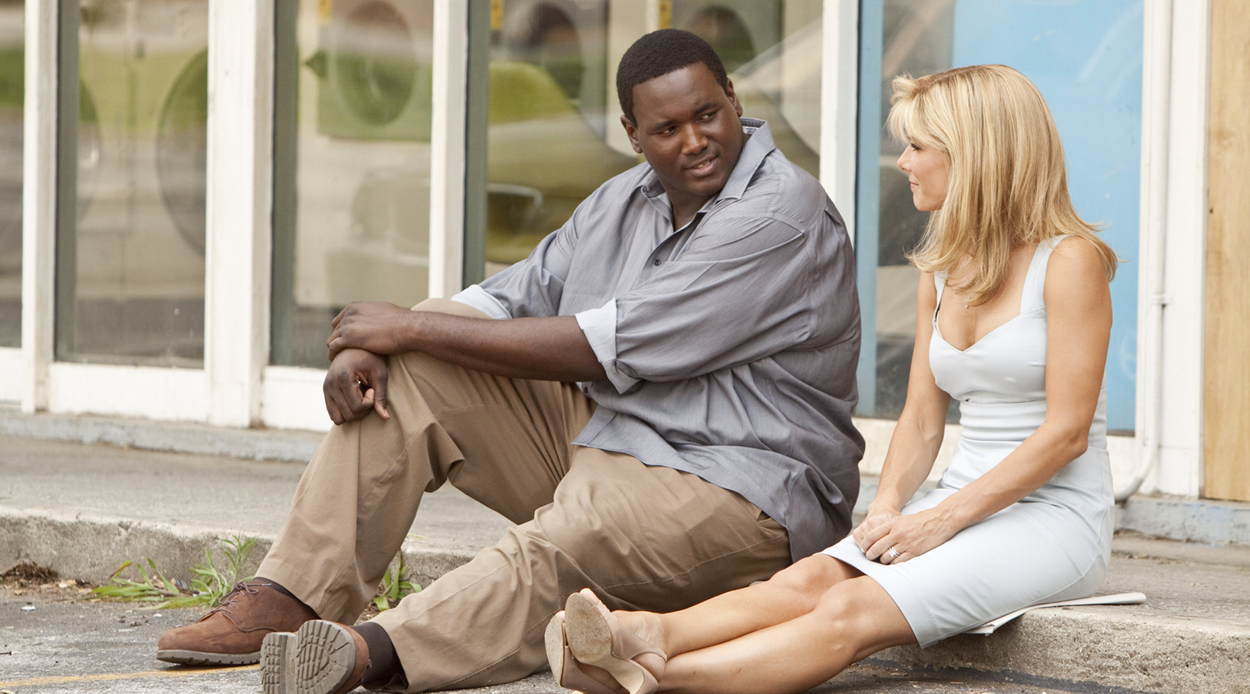 Whether you are able to share time on the sofa, or synchronise your screens and watch these movies together while on the phone, here’s a selection of films that deliver all of the required Mother’s Day feels. It’s worth noting that Meryl Streep appears on the list three times, perhaps making her cinema’s most loved mum (although we did leave out Kramer vs Kramer). Here are the movies to watch, laugh at and cry along with, this Mother’s Day.

Mamma Mia!
The charms of this interpretation of ABBA’s hit parade, with a nonsensical storyline and Pierce Brosnan’s truly woeful singing, are not immediately apparent. But the leading lady trio of Meryl Streep, Christine Baranski and Julie Walters, along with mothers-of-a-certain-age catnip Colin Firth, does make this jukebox musical adaptation seep under your skin. By the end credits you may even shed a tear at The Winner Takes It All (not just because of Brosnan’s singing). Watch on Netflix

The Blind Side
Sandra Bullock picked up an Oscar for her star turn as the ultimate Soccer Mom, Leigh Anne Tuohy, who welcomes a black football player from a disadvantaged background into her privileged family. Bullock delivering the line “You mess with my son, you mess with me,” will kick in the most dormant maternal instincts. Watch on Apple TV

Bad Moms
For those wanting a comedic release this Mother’s Day, Bad Moms is a raunchy comedy about rebelling against the image of the suburban soccer mom. Watch on Amazon Prime

The Parent Trap
The epitome of a family classic, this 1998 romcom follows separated-at-birth twins Annie and Hallie on their mission to make their family whole again. Watch on Disney+

Little Women
The most recent feminist reimagining of Louisa May Alcott’s classic novel, directed by Greta Gerwig, stars Meryl Streep as an eldery aunt along with Oscar-winner Laura Dern as the world’s most saintly mother since Mary. A knockout Florence Pugh as the beautiful Amy and Saoirse Ronan as headstrong Jo round out the girl power casting. See why this enduring story has been a crowd pleaser for 150 years. Watch on Netflix

Serial Mom
Not all mothers are the red roses and Earl Grey tea type, so if yours is fond of a wicked laugh, indulge in the suspicious humour of underground film legend John Waters. Kathleen Turner delivers a delightfully grubby tour de force as happy housewife Beverly Sutphin, who unexpectedly discovers an appetite for murder and potty-mouthed prank calls. For cool mums only (if she has a collection of Josh Groban CDs, maybe skip this one). Watch on Amazon Prime

The Sound of Music
If you’re part of a blended family, bypass Julia Roberts and Susan Sarandon in Stepmom and go straight to the OG amazing stepmother, a perky Julie Andrews as Maria Von Trapp in this enduring musical. The chocolate box Austrian scenery, sassy nuns and a ridiculously handsome Christopher Plummer will have you holding mum’s hand by the second round of Edelweiss.  Watch on Disney+

If you’re in the mood for a big old cry this Mother’s day then Lion would be our top pick. Starring Nicole Kidman and Dev Patel, this tearjerker follows an adoptive mother whose son travels around the world to find his birth family. Watch on Neon

Postcards From The Edge
You’ve hit the Mother’s Day mothership with Shirley MacLaine and Meryl Streep in the one movie. In the 1990 adaptation of Carrie Fisher’s acclaimed novel (which drew from Fisher’s life growing up as the daughter of Singing In The Rain star Debbie Reynolds) Streep and MacLaine go head to head over addiction, bad relationships, worse marriages and the nightmare of moving home in your thirties. Hang in there through the sharp dialogue and sarcastic asides because there’s a fantastic feel good ending. Watch on Apple TV

20th Century Women
Prepare for an oestrogen overload with Annette Bening as a free-thinking mother raising her adolescent son alongside punk artist Abbie (Greta Gerwig) and provocative neighbour (Elle Fanning). Set in Santa Barbara in 1979, the movie perfectly captures the clash between cultures and generations. It takes a village people. Watch on Apple TV

Steel Magnolias
Julia Roberts makes one of her earliest screen appearances in this certified weepy set in a salon, operated by Dolly Parton no less, in the American South. Sally Field, Olympia Dukakis and Daryl Hannah round out the cast of wealthy white women sharing stories of love and incredible loss. The camp classic is packed with wonderful one liners, with Parton’s character Truvey aptly declaring that “Laughter through tears is my favourite emotion.” Watch on Apple TV

Boyhood
Richard Linklater’s masterpiece focuses on a boy over a 12 year span of his early life and not surprisingly, his mother, played by Oscar-winner Patricia Arquette, is an important figure. As Olivia, Arquette is left with the bulk of the parenting duties while young Mason’s father, played by a suitably scraggly Ethan Hawke, slides in and out of their lives. Arquette’s performance is raw and will be easily recognisable to many mothers out there. Watch on Netflix

Coda
In this Sundance film festival darling, Ruby (played by Emilia Jones) is the child of deaf parents (known as a CODA) who finds she has a unique talent for singing. Dealing with what it means to ‘find your voice’ while helping those who don’t have one, it’s a heartwarming film that pushes a known coming-of-age narrative to find new meaning. Watch on Apple TV+

Terms of Endearment
If you’re in need of an emotional release, this 1983 tearjerker has been known to get the waterworks flowing from the most constipated of cryers. Shirley MacLaine as the overbearing mother Aurora and Debra Winger as her daughter Emma manage to capture the complicated nature of many family relationships. Keep a handkerchief close by. Watch on Apple TV

Crazy Rich Asians
Rachel Chu is happy to accompany her longtime boyfriend, Nick, to his best friend’s wedding in Singapore. She’s also surprised to learn that Nick’s family is extremely wealthy and he’s considered one of the country’s most eligible bachelors. Thrust into the spotlight, Rachel must now contend with jealous socialites, quirky relatives and something far, far worse – Nick’s disapproving mother. Watch on Neon