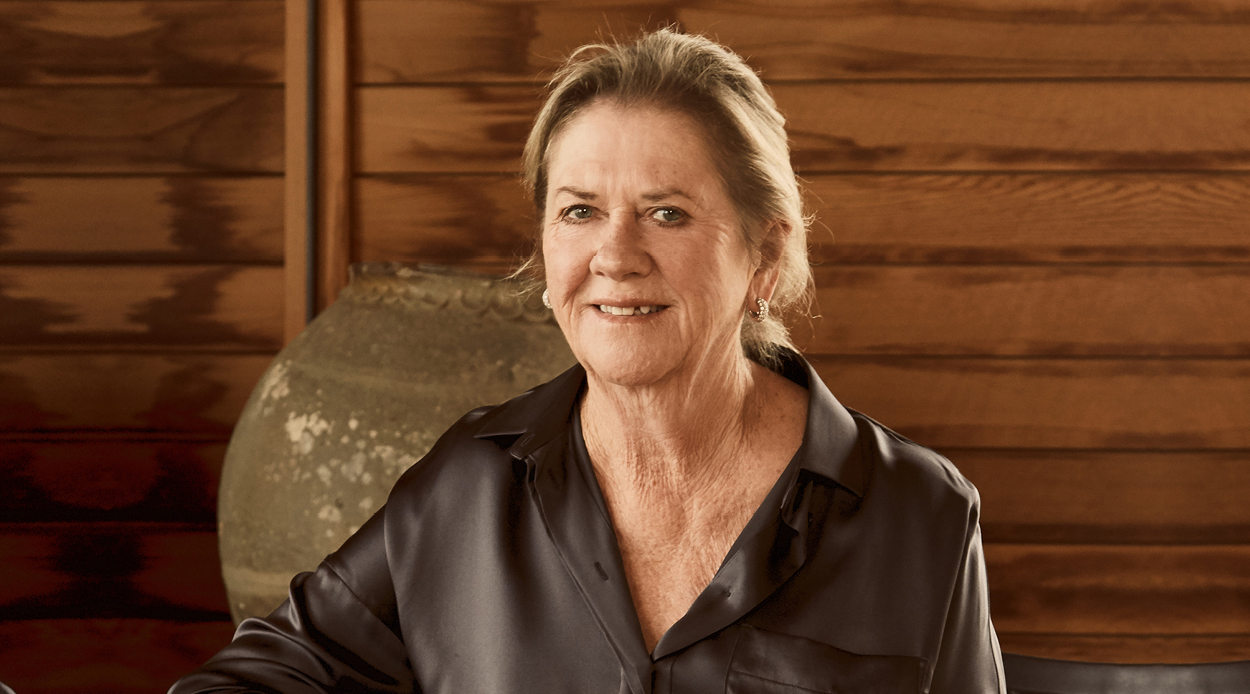 Like many of her fellow countrymen, philanthropist Fran Wyborn was more than happy flying under the radar when it came to her copious contributions to the community. The International Giving Index ranks New Zealand as an impressive third behind the US and Myanmar when it comes to charitable donations but while we are comfortable doing it, talking about it is a different story.

“Some people prefer to keep quiet about this sort of thing,” Wyborn says humbly. “Many of my close friends are incredibly generous but for them it’s a private thing.”

For years Wyborn has kept serenely silent but founding the Due Drop Foundation has thrust her into the spotlight, along with the $500,000 she donated as patron to get the giving ball rolling.

“In the end it wasn’t really a choice for me. How could I get people to donate unless I put myself out there.”

Before Wyborn took on this public role she went to great lengths to make sure that the Due Drop Foundation would have a strategic approach to giving, separating it from what she describes as the $20 green bucket approach.

“Rather than thinking about small donations I was interested in pursuing the superannuation of wealthy people, who really might not need the money and could be persuaded to part with it for a good cause.”

“The message was clear. Whatever I came up with would have to have real impact. They put me in touch with the former civil servants working on a program of measurement that could look at how effective donations would be for a charity and this became Impact Lab.”

Working alongside Impact Lab the Due Drop Foundation is able to work on applications from charities to ascertain how a donation will have a positive outcome for some of the country’s most challenged communities.

“My key phrase is intelligent and effective giving,” Wyborns says. “People are a lot more concerned about where it’s going and how it’s getting spent when big numbers are involved.”

Having only launched publicly this year, the Due Drop Foundation is already working with charitable organisations such as the Guardian Angels Charitable Trust, St Elizabeth’s Charitable Housing Trust, The Rising Foundation and Pillars.

Utilising the Impact Lab approach the foundation was able to assess that every $1 invested in Pillars, which works with the children of parents in prison, $1.85 value is returned to the country. The algorithm takes into account the way donations can impact on children’s education, standards of living and potential for future incarceration.

“The ripple effect is phenomenal,” Wyborn says. “To know that even one child has benefitted is important but to see the work of the foundation, supporting a lot more people, is really rewarding.”

For many charities, tugging at the heart strings has been a favoured marketing approach for years, but Wyborn can see the long term benefit of removing emotions from the complicated equations.

“The charities that are using the data are super excited about having this measurement because it helps them go out to their funders and ask for even more money. They have the proof. It gives a lot more credibility to the funders.”

While Wyborn is happiest talking numbers, emotions do seep into the conversation when describing the origins and motivations of her considerable generosity.

“I just think that so many people, through no fault of their own, are stuck in a situation that is never going to get better unless we help them. As a society we have an obligation to help them.”

“I grew up in a very poor family,” she says.  “My parents’ charitable acts were always helping neighbours. My father would do electrical jobs for the neighbours. It was about kind acts and that’s in me and in my daughter.”

Launching during the restrictions of Covid-19, to offer immediate assistance to people in need, meant that Wyborn was unable to host events for the Due Drop Foundation but now she’s ready to put her game face on.

“It’s hard at first but really today’s news is tomorrow’s fish and chips… this is about something to last a bit longer.”