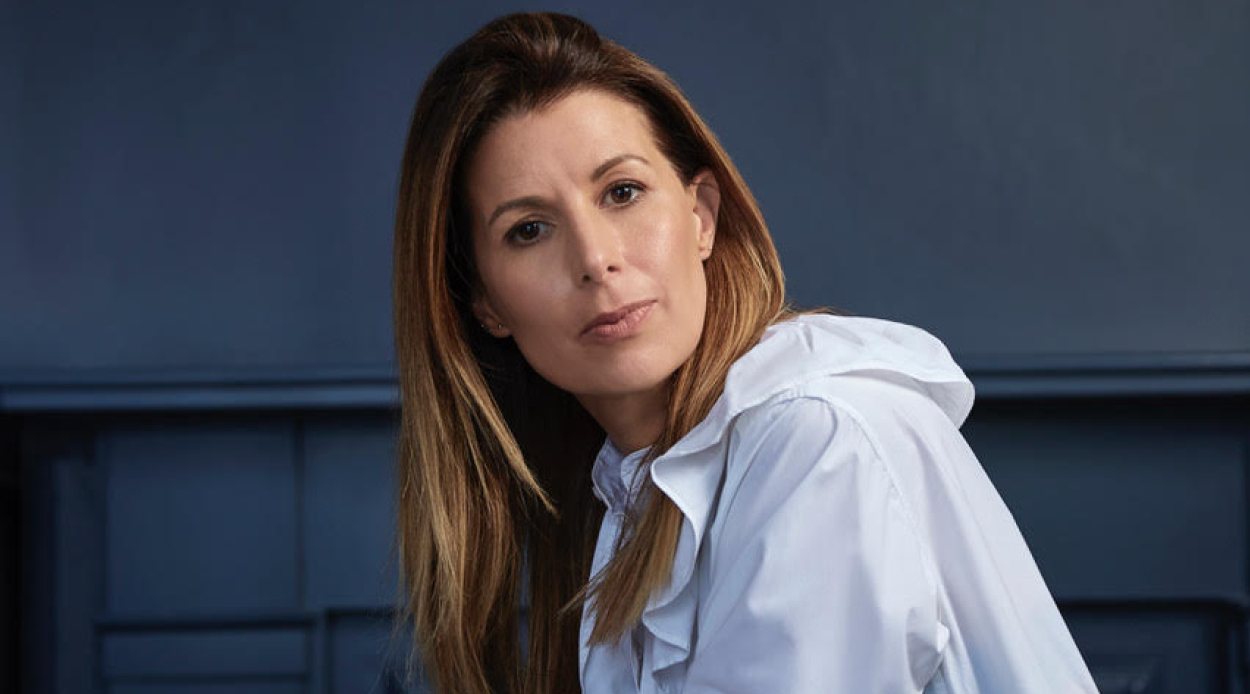 “It’s strange to sit down and say, ‘oh well I’m going to be an author now’,” Meg Mason tells me of the transition she had to make from magazine writer to fully-fledged novelist over the last few years. “For me,” the New Zealand-born, Sydney-based author continues, “the prize was definitely writing fiction and it felt like such a lofty goal… it was hard to think of it as something I could just do.” But do it she has, and to a level that most writers can still only dream of.

It was with her third book (and second novel) Sorrow and Bliss, that Mason seemed to find her literary feet, penning what she describes as a 350-page confession from a place of wild abandon, truly believing that no one would actually read it.

This came after a year-long false start which had seen her struggle to write a novel that, in the end, even she didn’t like. “The harder I tried, the more I could see that effort on the page,” Mason says, “and I could feel my confidence bleeding out.” Ironically (but, as is so often the case) it wasn’t until Mason relinquished the expectations around her new work, that it was able to morph seamlessly into the narrative that has since captivated so many.

“There were a couple of things that let me suspect that Sorrow and Bliss was different,” Mason divulges, “for one, I still really loved it at the end of the two years it took me to complete, and for another, I had found the whole process of writing it such a joyful experience.”

A book that is told through the self-effacing and humorous voice of its searingly honest narrator, Martha, Sorrow and Bliss handles heavy topics like mental health and the dissolution of a marriage with a balanced, relatable realism. It is the way Mason has confronted her tough subjects with an energetic, almost light humour that has seen this novel find such quick success — and not just with the everyday reader.

Last year, after an impressive bidding war, Mason finalised a deal with New Regency that would give the US-based production company the rights to turn Sorrow and Bliss into a film.

And considering that it was the company responsible for such blockbusters as 12 Years A Slave, The Revenant, Birdman and Bohemian Rhapsody among many others, Mason was so confident in New Regency’s ability to adapt her story with respect that she is leaving the screenplay up to them too.

“Sorrow and Bliss will be challenging,” she tells me, “because its time span is massive, and it has been written as an internal monologue, which is hard to translate onto film. I would like to do a screenplay one day but this isn’t the one I want to learn on.”

For Mason, then, while Sorrow and Bliss continues to grow, it’s time to move on to something new. “I’m writing a new book,” she says, excitedly, “and it feels like I’m back at the beginning. I don’t want to write another book like Sorrow and Bliss, I want to explore other ideas that will force me to learn. So now, it’s just me and a word document, feeling weird about my job,” she pauses, “but I’m constantly grateful. Someone is going to make me do a real job if I stop being able to do this one, and I’ve managed to avoid that for so long, so I just have to keep going.”

Meg’s 5 Favourite Books
Owls Do Cry by Janet Frame
“For its beauty, for the way it plays with form, for Frame’s concerns as a writer which, having read this book first in my late teens, clearly made a huge, lasting impression on me and I am similarly obsessed (without being similarly gifted!) with family, loss, motherhood, memory, madness. (And especially at the moment, for the connection to New Zealand.) The thing that was most striking to me when I picked it up again last year, twenty years after that first reading, is how incredibly brave it was. A woman writing in Palmerston North in the 1950s being as bold in style, as completely unconcerned with the rules and, it seems, no thought for who the audience might be.”

Brother of the More Famous Jack by Barbara Trapido
“This novel came out in 1982 but feels so contemporary. It’s the one that when I was setting out to write Sorrow and Bliss, I thought of as the goal as far as mixing humour and pathos in the same book/paragraph/single line. The beautiful female protagonist loses a baby in the course of the narrative and yet, you come out of it thinking of it as a funny book which is quite an astonishing feat.”

Dept. of Speculation by Jenny Offill
“A few pages into reading it, just after it came out in 2014, I remember having to pause because I was so overwhelmed with the sense of having found the perfect book. It’s incredibly short, yet manages to capture the beginning, middle and end of a marriage. I have read it so many times and there is always something new in it that needs screenshotting.”

The Complete Patrick Melrose Novels by Edward St Aubyn
“This series deals with the darkest possible subject matter; the protagonist is a heroin addict and survivor of an abusive childhood, but he’s still — to flip that whole topic on its head — incredibly likeable. I don’t think I could ever read the books again but I remember roaring through them the first time. If I could write anything as compulsive one day, I’d be incredibly happy.”

Fox 8 by George Saunders
“I have no idea how you even sit down and begin another novel when your previous one just won the Booker Prize. This is Saunders’ follow-up to Lincoln in the Bardo and it is the most hilarious, amazing, surprising thing I’ve ever read. Just a few thousand words, told by a fox who has learned to speak English, all spelt as a fox might spell. It seems so light and funny to start with and then absolutely catches you out at the end with its huge emotional import.”