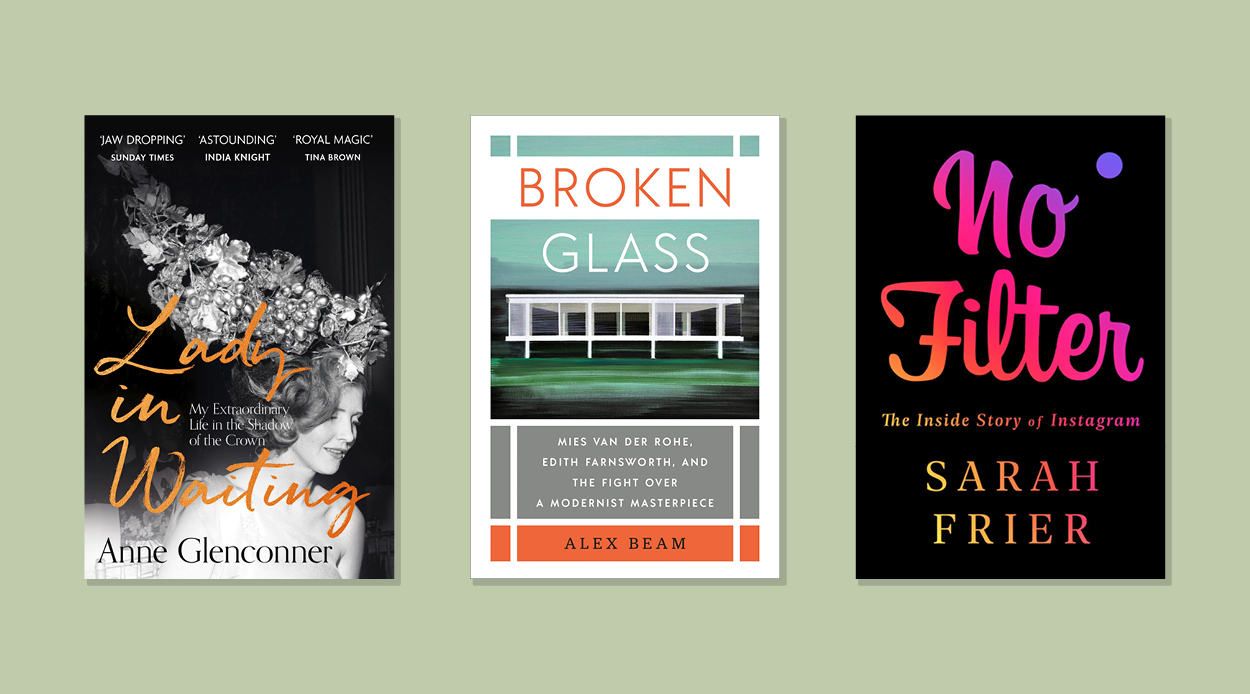 Lady in Waiting: My Extraordinary Life In The Shadow Of The Crown by Anne Glenconner
“If you were hooked on The Crown you will love this sassy memoir of drama, tragedy, and royal secrets by Anne Glenconner – a close member of the royal circle and lady-in-waiting to the notoriously difficult Princess Margaret. Talk about a stiff upper lip.”

Broken Glass by Alex Beam
“The true story of the unique and intimate relationship that gave birth to the architectural dream Farnsworth House, a masterpiece of 20th century design – and deteriorated into a desperate feud.”

No Filter by Sarah Frier
“Award-winning reporter Sarah Frier looks into the rise and rise of Instagram and how it became the most culturally defining app of the decade. Like.”

Too Much Is Not Enough by Andrew Rannells
“The Book of Mormon had to close prematurely in Auckland but the star of its original Broadway run delivers his fair share of drama in this witty, self-deprecating and ultimately life-affirming autobiography.”

Uncanny Valley: A Memoir by Anna Weiner
“An outsider’s inside take on the bloated and dangerous rise of Silicon Valley and the culture created behind the boom. On her journey Wiener wonders why an industry that was supposed to bring people together ended up creating divisions.”

Piece of Cake by Cupcake Brown
“The harrowing story of a girl who faces abuse in foster homes and is exposed to drugs, sex work and gang violence before waking up behind a dumpster and deciding to turn her life around. No wonder Oprah loved it.”

Guest House For Young Widows of Isis by Azadeh Moaveni
“An at times disturbing look at why 13 young women were drawn to the extremist Jihadist movement.”