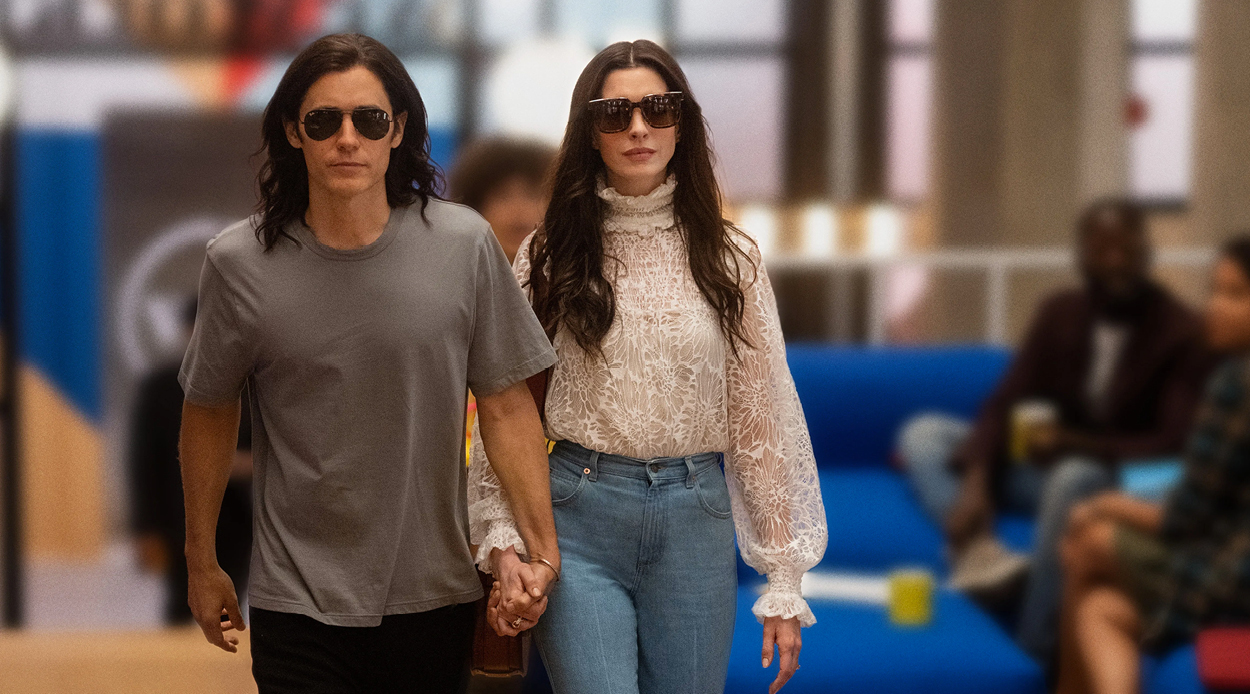 There’s nothing better than settling into a satisfying new TV show at the end of the day. From series informed from popular podcasts (WeCrashed and The Dropout) to whole new tales including Taika Waititi and Rhys Darby’s new comedy Our Flag Means Death, there is a moving new show for every mood.

WeCrashed
Podcasts have quickly become the most entertaining form of IP as several high-profile audio series are optioned for the small (but mighty) screen. One of the most anticipated limited series from this new well of inspiration is WeCrashed — based on the source material from Wondery. Attracting Academy Award-winners Jared Leto and Anne Hathaway in the lead real-life roles, WeCrashed is the chaotic business-meets- pleasure story of Adam and Rebekah Neumann, the narcissists who built WeWork — one of the world’s most valuable startups (worth US$47 billion in under a decade) until, within a year, its value plummeted. Watch on Apple TV+

Severance
What if you could leave everything that happened at work behind you each day? Severance explores an unnerving experiment in work-life balance, where employees undergo a procedure to surgically divide their memories between their corporate and personal lives. Directed and executive-produced by Ben Stiller and starring Adam Scott and Patricia Arquette, this artful thriller goes down the rabbit hole of company agendas, and convoluted consciousness. Watch on Apple TV+

Pachinko
Told in three languages, and across generations, this historical drama series is based on the acclaimed novel by Min Jin Lee. Epic in scope and intimate in its immediacy, Pachinko begins with a forbidden love and follows the hopes and dreams of a Korean immigrant family to Japan. It’s set to make international stars of Lee Min-ho and Japanese–New Zealand actor Anna Sawai. Watch on Apple TV+

Reacher
Much more on the mark tone-wise than Tom Cruise’s humourless turn as Lee Child’s titular hero, the new iteration of Reacher is a fun, rollicking watch that stays true to the original written series. Action buffs, this is one for you. Watch on Amazon Prime Video

The Dropout
Based on the enthralling ABC podcast, The Dropout uncovers the true story of Elizabeth Holmes and her out-for-blood biotechnology company, Theranos. Amanda Seyfried plays the role of the world’s youngest self-made female billionaire, who promised to revolutionise health care, but was instead convicted of criminal fraud. Watch on Disney+

Our Flag Means Death
Taika Waititi and Rhys Darby are taking to the high-seas with their swashbuckling new comedy, Our Flag Means Death. Inspired by the true 18th Century tale of ‘The Gentleman Pirate’ — when a retired British army major (Darby) turned to piracy and sailed alongside Blackbeard (Waititi) in what is known as one of the worst midlife crises on record — it has all the wit and whimsy we have come to expect from Waititi. Watch on Neon

Landscapers
In one of her most remarkable roles yet, Academy Award-winning darling Olivia Colman stars alongside David Thewlis in Landscapers. The four-episode limited series is inspired by the true story of Susan and Chris Edwards, an unassuming British couple at the centre of an extraordinary investigation when two dead bodies are discovered in the garden of a Nottingham home. Watch on Neon

Super Pumped: The Battle for Uber
This is the story of one of Silicon Valley’s most successful (and disruptive) unicorns, from the book of the same name. Starring Joseph Gordon-Levitt as Uber Co-founder and CEO Travis Kalanick and Uma Thurman as board- member Arianna Huffington of The Huffington Post, this limited series is one wild ride. Watch on Neon