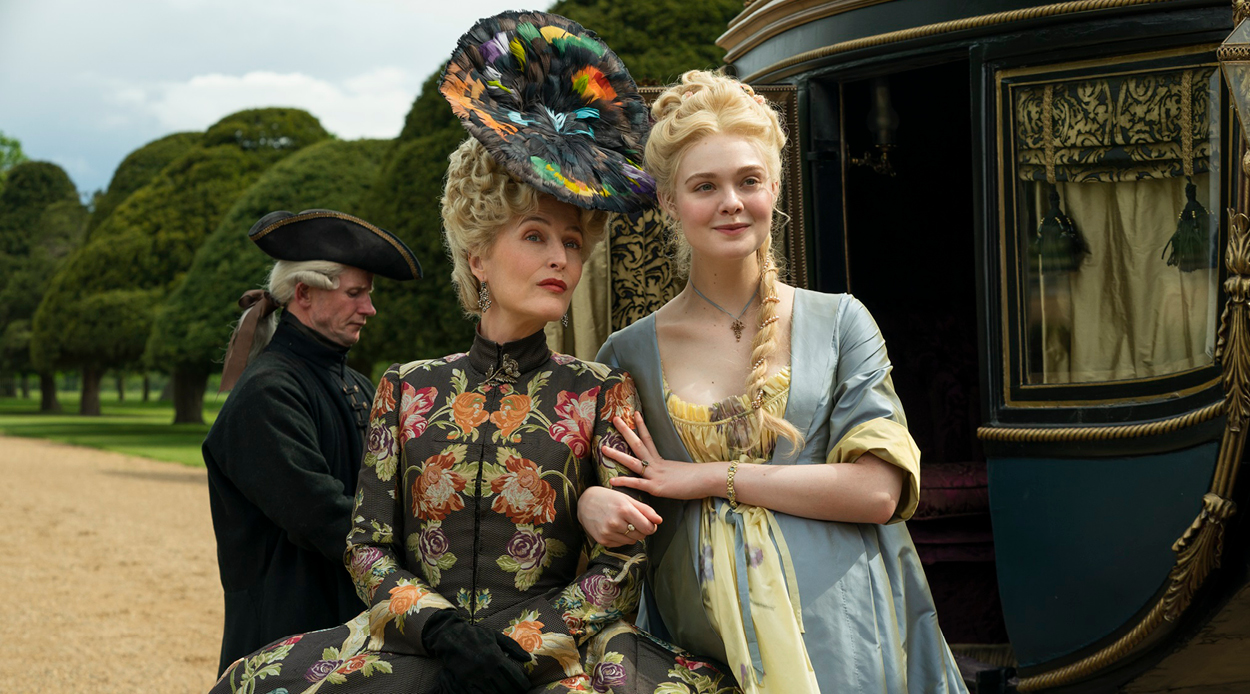 The Christmas rush leave you with no time to catch up on newly released seasons of your favourite shows? Now that a bit more downtime is on the agenda, we suggest adding these fresh seasonal releases to your cultural calendar.

The Great
Re-writing the possibilities of a period drama series, The Great premiered to widespread acclaim last year with its “occasionally true story” of Catherine The Great. Far from fusty, Catherine (Elle Fanning) and her husband Emperor Peter (Nicholas Hoult) swig, swear and slight each other, as they charge towards a ​​coup d’état. Now, as Catherine tries in earnest to bring the Enlightenment to Russia, she is met by her mother (played by the inimitable Gillian Anderson), as well as unconventional power plays. With an artful irreverence, the first season’s costumes were inspired as much by the House of Dior as 1700s style, and we can expect to see more swoon-worthy yet witty costumes as the historic characters give each other a dressing down this season. With one executive producer proclaiming that Catherine’s life as the longest-serving female sovereign in Russia is enough creative fodder for at least six seasons of its 10-episode format, The Great could well become a TV show for the ages. Watch on Neon.

Curb Your Enthusiasm
After the year we’ve all had, we’re in dire need of some levity. Larry David more than delivers with season 11 of his addictively awkward show Curb Your Enthusiasm. The prickly protagonist remains comfortingly unchanged as he navigates life’s ups and downs in his own, distinctly Larry David-type of way. Watch on Neon.

This Way Up
At times both hilarious and heart-wrenching, the compulsive comedy-drama returns for a much-anticipated second season. Luminous Irish actors Aisling Bea and Sharon Horgan reprise their roles as sisters Áine and Shona. In season one, we met Áine after she got out of rehab for “a teeny little nervous breakdown” and followed as she attempted to rebuild her life. Now, things are going pretty well — but there are inevitable hiccups for both sisters, with every twist and turn portrayed with deftness, intimacy and characteristically sharp comedic timing. Watch on Neon.

The Witcher
Nothing like a pulpy fantasy drama for a bit of light escapism. The Witcher returns, and with it, gruff monster-hunter for hire Geralt of Rivia (played by Henry Cavill) and his friends and enemies, as they grapple for existence in their tumultuous Continent. Based on the wildly popular books by Polish author Andrzej Sapkowski, and a trilogy of video games inspired by it, this adaption introduces new complex characters as the epic continues. Watch on Netflix.