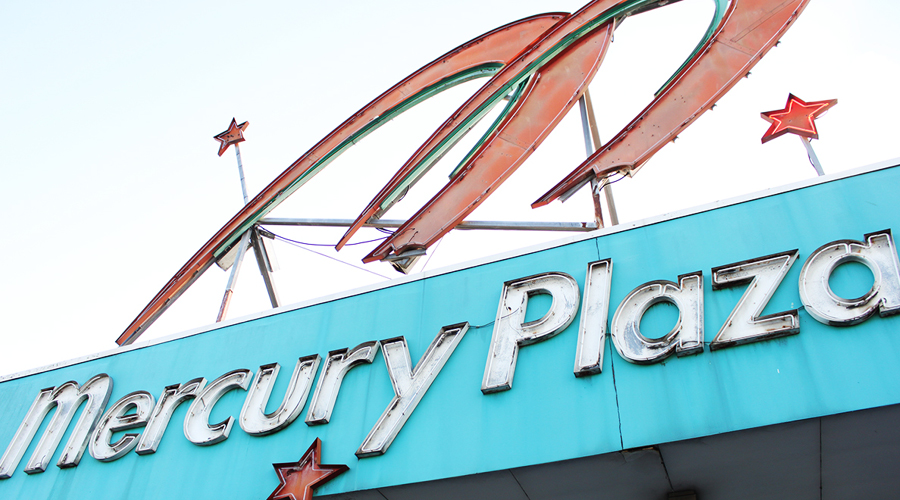 We’ve all likely popped into Mercury Plaza for a bite of sushi, a deliciously-made Thai stir fry, to try our hand at one of the funny arcade games, or to pick up some Pocari Sweat from the New Gum Sarn Supermarket on a dusty Sunday morning.

It’s an undeniable Auckland icon. Its recognisable blue signage, with an orange, arching ‘M’ and neon stars a landmark of the K’Road area. But despite its long run (and the fact that it’s still widely loved), the space is closing its doors later this year.

In honour of its significance, artists Joni Lee and Jia Luo have decided to make the most of the time left, by staging a group exhibition that will transform the two main areas of the Plaza.

Considering Mercury Plaza’s historic ties with the Chinese community (the owners were some of the original Chinese fruit and vegetable shop owners on K’Road), the artists intend to curate a show that both highlights the significance of the space while giving a platform to the work of local New Zealand-Chinese artists. The line-up includes Ant Sang, Rose Liew, Tim Lambourne, Ruth Woodbury, Ruby White, Lindsay Yee and many more (with more to be announced).

Mercury Plaza: Origins + New Beginnings opens this Wednesday, 14th August and will run for one month (until 14th September) before Mercury Plaza closes on 31st October. It will offer the perfect way to say goodbye to a space that has been a significant part of the fabric of Auckland and is set to be a celebratory and creatively-inspiring affair. Its final night will see the exhibition come to a close with a rousing party.