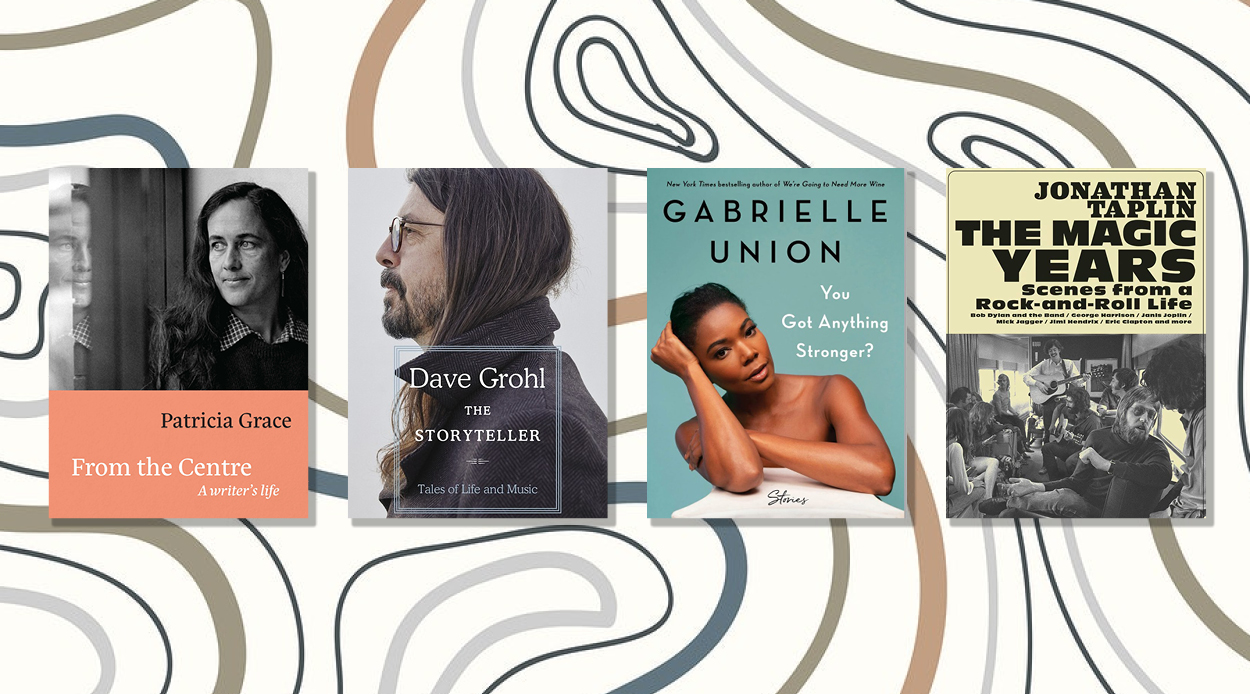 Gaining insight into the true lives, loves, losses and lessons of some of the world’s most interesting people can help us reflect on our own states of being. These thought-provoking memoirs are sure to help you do just that, from the journey of one of New Zealand’s most important literary figures to a celebrated rock musician who’s seen it all; an actor whose openness will help you feel less alone, and a writer who will transport you with both her superb prose and inspiring ruminations.

From the Centre: A Writer’s Life by Patricia Grace
Moving through both her life and literary works, this memoir from a deeply celebrated writer (who, in 1975, was the first-ever published Māori female author), gives insight into her formative experiences, both uplifting and challenging, from childhood onwards.

The Storyteller: Tales of Life and Music by Dave Grohl
With a career as long and colourful as Dave Grohl’s — ex-Nirvana drummer, founder of Foo Fighters — there is sure to be just as many colourful anecdotes. Written in his own hand, this is a personal deep-dive into a riveting back catalogue.

You Got Anything Stronger? by Gabrielle Union
Following her New York Times bestseller, We’re Going to Need More Wine, the actor’s second memoir picks up four years later — and much has changed, both globally and personally. Here, she finds strength in vulnerability, encouraging her readers to do the same.

The Magic Years: Scenes from a Rock-and-Roll Life by Jonathan Taplin
You may not have heard of the author but his career is legendary. Since starting out as tour manager for Bob Dylan in the 60s, Taplin has been close to some of the greatest talents in pop culture, and has the tales to prove it.

Real Estate by Deborah Levy
The final instalment from the acclaimed author of a ‘living memoir’ written as a trilogy, Real Estate is an intimate rumination on the concept of home and the complexities that can hold. An exquisitely written exploration of legacy, belonging and what it means to grow older, Levy’s prose and astute observations are enlightening and inspiring.