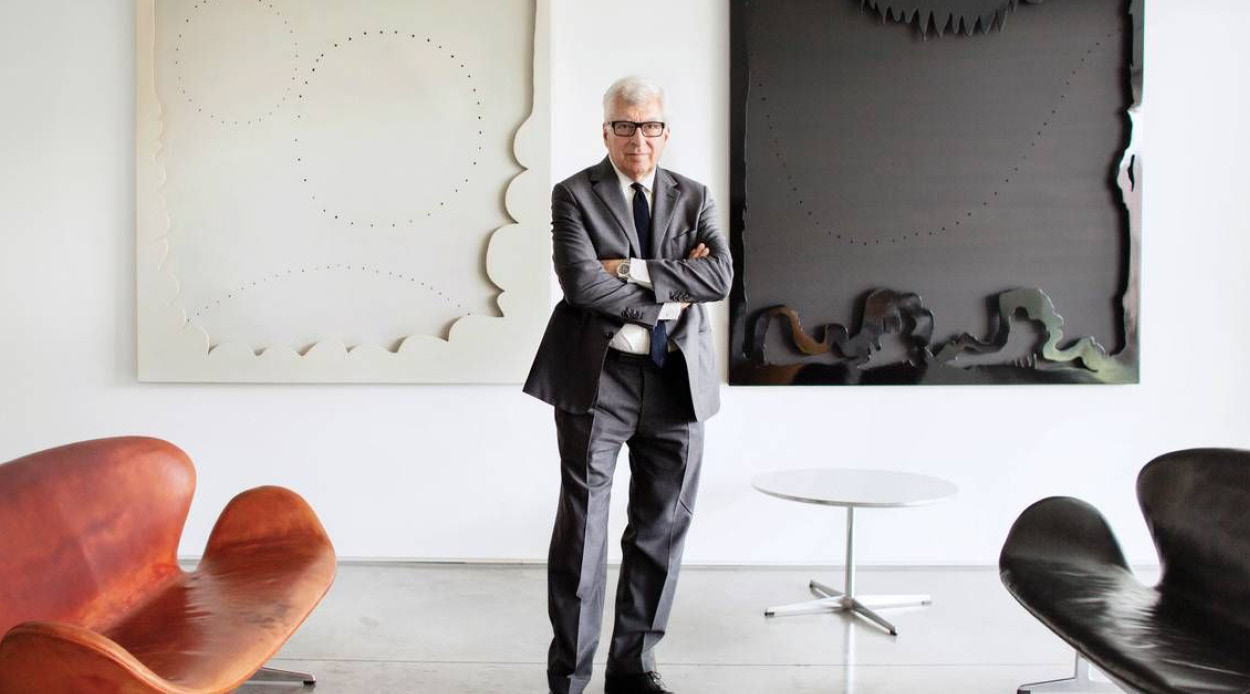 Aside from its high-tech vessels and the skills of its participating teams, one of the key magic ingredients integral to those involved in the America’s Cup is passion. For Patrizio Bertelli, president of Luna Rossa Challenge and CEO of Prada Group, a passion for sailing has enriched his life since well before the Italian team was established in 1997, and continues today.

The Luna Rossa Prada Pirelli Team was born one evening in Milan after a meeting between Bertelli and the Argentinian yacht designer, German Frers, and over 20 years later is now a team of seasoned Cup professionals — this is the sixth time they have launched as Challenger of Record.

Indeed, the current regatta would not be possible if it weren’t for the energy and funding of Prada Group and Pirelli Group. While Prada has supported Luna Rossa since 1997, this year it is the presenting and naming partner for America’s Cup and the Prada Cup challenger series.

An inspiring entrepreneur, Bertelli was born in 1946 and started a company making belts and bags at a very young age. This was to be a precursor to his future ventures as, in 1977, he met his now-wife Miuccia Prada, and together they expanded the Prada brand to become one of the world’s most important luxury goods companies.

The couple’s cultural interests also led to the creation of the treasured Fondazione Prada in 1993, and Bertelli is the first Italian to have been inducted in the America’s Cup Hall of Fame. Charismatic and driven, Patrizio Bertelli’s love for the Cup is not motivated by commercial considerations but a deep respect for the uniqueness of the challenge. As he said in a recent America’s Cup video interview: “That’s what makes it special.”