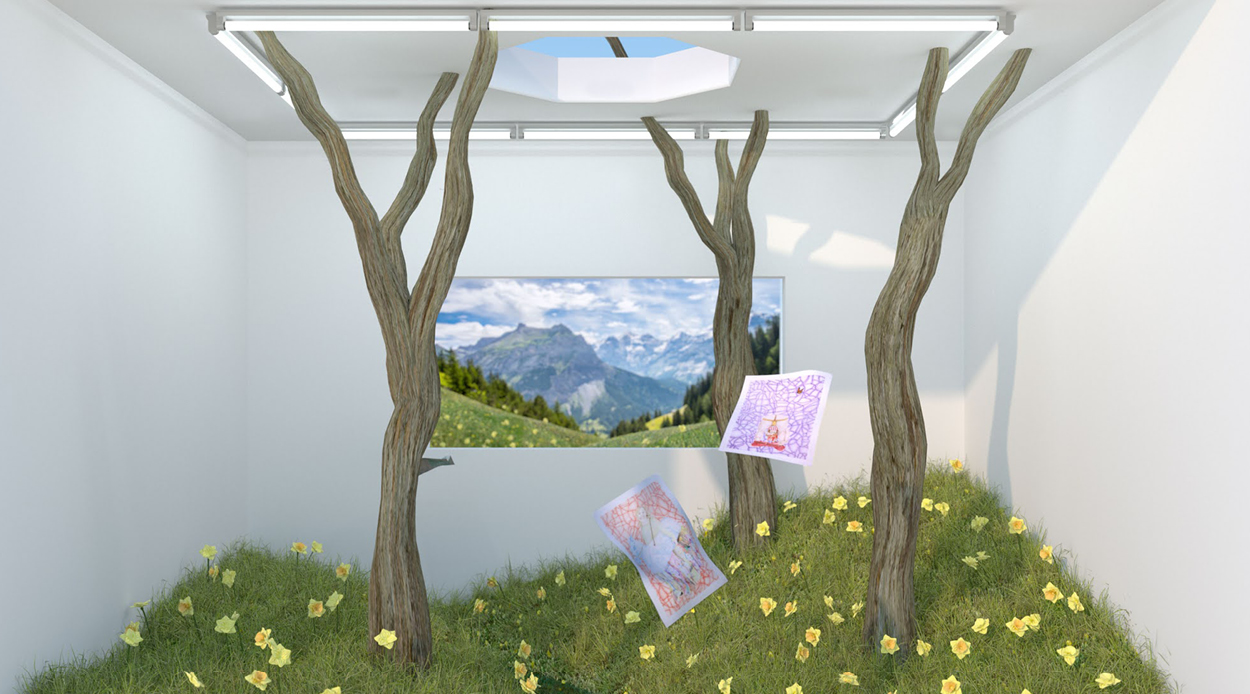 The traditional art fair is being turned on its head with an innovative and interesting virtual iteration of the more familiar format. May Fair, which runs until 30th August, is a digital art fair showcasing emerging artists from Aotearoa and the Pacific who are underrepresented within the commercial gallery context.

While other art fairs, including the Auckland Art Fair, went digital this year due to the pandemic, the 2020 online edition of May Fair moves beyond simply taking an image of an artwork and presenting it on a blank website page.

Featuring over 30 of New Zealand’s most exciting artists, the pieces are presented in 20 unique virtual booths that utilise digital technologies to create dream-like renders, blurring fantasy and reality. The site allows viewers to navigate an online building comprising the aforementioned renders, view virtual exhibition spaces and click through to photographs of artworks that will be available for purchase.

The fair’s founders, Ophelia King, Becky Hemus, Nina Lloyd and Eleanor Woodhouse, intend for May Fair to act as a space for people to discover new contemporary artworks and as a site for dialogue between curators, artists and the public.

Included in the booths are independent curators, artist-run initiatives and project spaces, as well as ten solo artist booths, and a staggered release means four new booths will be released each week for five weeks, keeping the momentum and air of anticipation going.

“One of the reasons we initiated May Fair is because, until now, there have been no mainstream platforms to support and sell work from emerging and unrepresented artists to the general public,” says Ophelia King, one of the fair’s facilitators.

The line-up includes interdisciplinary visual artist Sione Tuívailala Monū, who has a strong performative aspect to the works they produce; young up and coming artist Nââwié Tutugoro; Parasite, a queer space run by Dan Sanders, featuring Ali Sensecall, Tash Keddy and Samuel Te Kani; and Sholto Buck, who is presented by Victoria McAdam — a curator formerly of Bowerbank Ninow (now Visions). Each booth is also accompanied by a 600-1,000 word text by an independent writer.

“Ultimately, we feel all these artists are deserving of acknowledgement and need a platform. Lots of our artists have serious and long-standing practices but just aren’t represented because there are so few galleries.”

All four May Fair organisers bring their experience from a background in the arts and its surrounding community — Hemus and Woodhouse founded Wet Green, an address-less gallery, while King and Lloyd previously started Karangahape Road artist-run project space Fuzzy Vibes.

The group plans to hold a physical May Fair in 2021, with its inaugural digital edition proving to be in high demand.

“It’s important to have conversations about how and why we consume art,” says King, “examining what the value of having art in your life is, and in general, why and what it means to the arts and artists when you support it.”

It’s understandable that some people might just want a nice piece as decor in their house, she says. “But you could have something that’s just a little more interesting and something you can really find a connection with, be that with the artwork itself or with the artist who made it.”