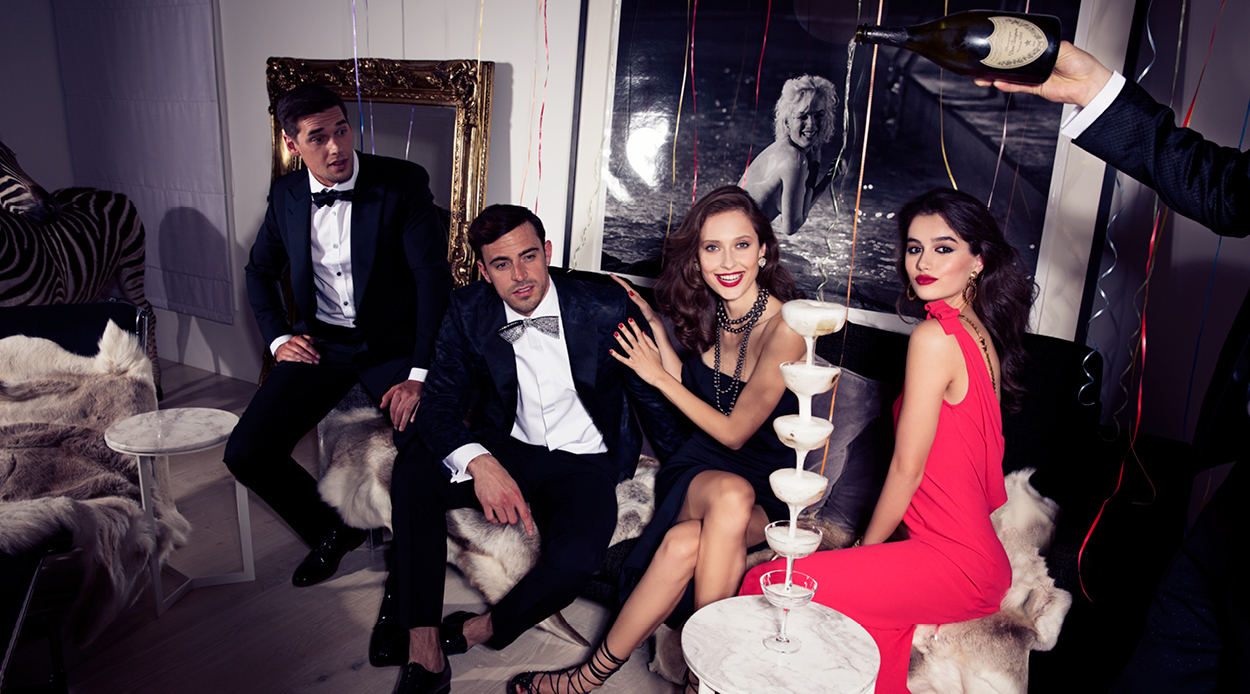 I am someone who is proud to call the cringe-worthy mantra ‘work hard, play hard,’ my motto. I make sure to cross off each task and goal that I have personally set throughout the week and I reward myself on the weekend by completely letting loose and doing what I love to do most. Some people love to cosy up on the couch at home with a book and a hot cup of tea and I respect that. But some people are like me. The night owls who thrive off socialising and shredding the dance floor — a lifestyle which I think everybody can adopt, with a few useful tips and proper guidance, that is, which is exactly what I am about to offer. Without further ado, here is how you can be the life of the party.

Thursday is the new Friday
You don’t want to be labelled as one of those people who is overly-thirsty and lives for the weekend, that’s just an unhealthy mindset. Treat Thursday as your warm-up to the weekend and it will benefit you in the long run. It will keep you from feeling overwhelmed when suddenly switching from an office environment to crowds of dancing bodies and eardrum-piercing music in the club.

The weather cannot rain on your parade
Bad weather is never an excuse to keep you inside. The next time someone tells you that they refuse to go out because of the rain, ask them when the clubs and bars in Auckland remove their ceilings? Realistically, you would only spend a maximum of five minutes outdoors, making the weather a factor not even worth considering on a night out.

Friendly and feral is the weekend version of fabulous
The last person you want to be on a night out is that one who acts as though they’re above everyone else, who clenches their teeth to make their jawline more prominent and just stands to the side and stares at the crowd with judgmental eyes. Relax the jaw, smile, converse, be friendly, embrace the overcrowded dance floor and show your best moves.

What goes around, comes around
Stinginess is a trait that is unappreciated and unwanted, not only in the nightlife scene but life in general. Treat your friends to a round of drinks simply because you love them and you want everyone to have a good time. However, as you also love having money in your bank account, keep your generosity limited to close friends. Don’t be that person who buys rounds for groups of strangers because you’re in a good mood as you will most certainly regret it the next morning.

Slay the small talk
After a couple of nights out, people who you think you’re seeing for the first time will start coming up and saying hi to you. It’s almost guaranteed that the two of you were best friends a week ago and you don’t remember their name, but don’t panic. Simply say hello back, introduce your friend to that person and wait for them to tell your friend their name — it’ll seem as though you knew it the entire time. Instead of asking the vague “how are you?” ask “how have you been?” followed with a “what are you up to these days?” When in doubt, ask questions. People love to talk about themselves.

Never say goodbye
When exiting a session of small talk, never say goodbye. You’re bound to bump into them again and it just gets awkward, especially when you share a forced smile. Instead of bidding farewell, say “I hope you have a good night and I’ll see you around.” This is a genuine way to conclude a conversation as you really do mean it when you say that you hope they have a good night as we’re all about good vibes and you will, in fact, see them around. Even if you’re making your exit for the night, there’s no point in bidding farewell to everybody in the room. Unless you’re wanting an excuse to stay around longer, it’s a time-consuming process of explaining your departure and a waste of your energy.

“Jason” is your new best friend
Crowded spaces are a given on a night out and in order to survive them, you need a few clever tactics. This one was taught to me by one of my colleagues and it has never done me wrong. When you’re at a concert or on a dance floor and you want to go front left pronto, all you need to do is yell out “Jason!” in a slightly panicked tone and pretend you’re searching for a mate. We all know a Jason, we all have a soft spot for Jason and we all move for Jason.

Know your limits and go over it just a little bit
Think of partying as a form of endurance training. Similar to exercises such as long-distance running, at the end of the day, it’s all about mindset. When you think you’re ready to call it a night and go to bed, hold your fire and just wait it out. Something brand new and exciting might come up which will reignite the flame to keep the night going on for longer.

You can sleep when you’re dead
Between Friday night and Saturday night, it is usually advised to get a good rest so you can recharge your body. However, I would almost argue against this. You can’t deny that a night out takes a lot out of you (if you did it correctly) and all your body will want is rest. Therefore, you risk losing the willpower to get back up to do it all over again, so I suggest you aim to be productive and active on Saturday. Meet up with friends for brunch, clean your room, go on a day trip and act as if the previous night never happened. It’s all about your mindset.