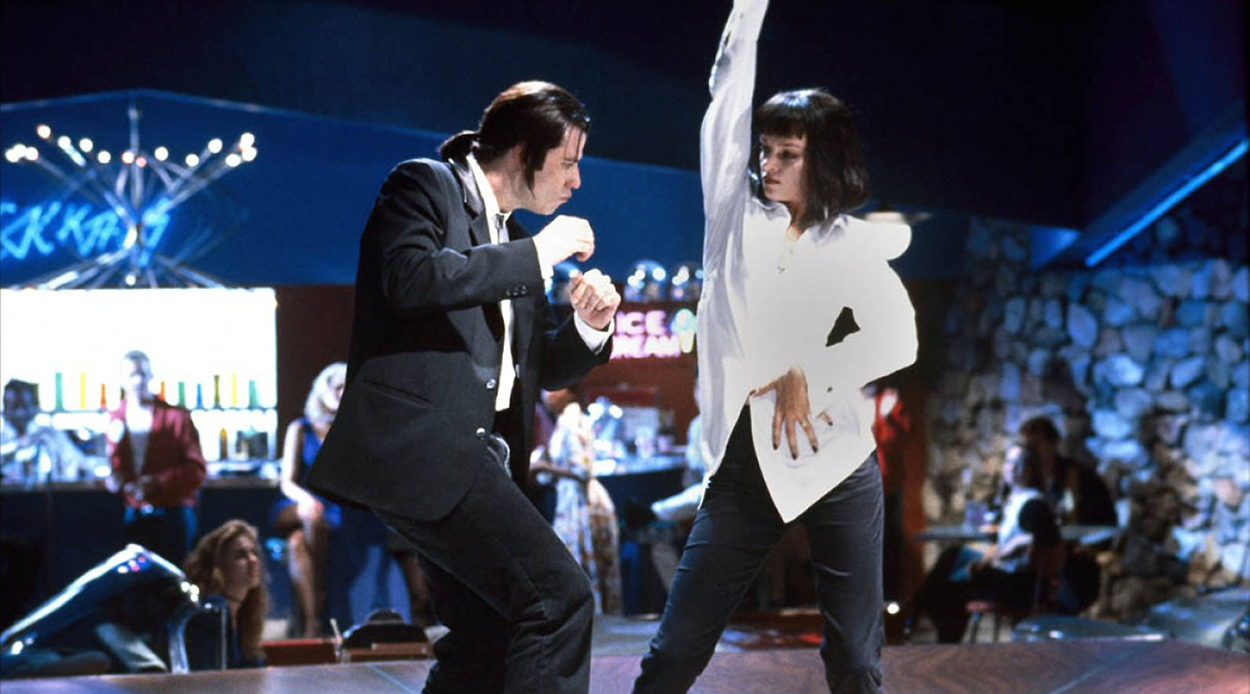 I’m Oliver Green. I’m a glass-half-full type of guy! Except, with me, the glass is half-full with the blood of my enemies. I overheard some fuckin’ life coach say… or maybe I read it on the back of a tea bag or on a kindergarten teacher’s T-shirt, that practicing gratitude makes you happier. So. This is that. Welcome to a new column written by an angry, nihilistic, curmudgeon who is trying to be a better person by finding the good bits of life and focusing on them. So that my wife doesn’t make me go and live in a chicken coop. So… yay! (Etc.)

I’m old enough to have seen Footloose in the movie theatre. The original one with Kevin Bacon. For those of you pretending not to know what I’m talking about, it’s a film about a boy named Ren McCormack who finds himself in a small town in America where dancing is banned. But Ren McCormack loves to dance. It’s very important to him. It’s how he blows off steam and celebrates the way his hair moves. So he takes it upon himself to teach the small town how to dance again and along the way he teaches them how to love, too. It’s a movie that made 12-year-old me want to live inside a learning-to-dance-montage with Chris Penn. Also, thanks to Lori Singer, I think it was the first time I noticed that women have nipples… a fact I haven’t unnoticed since.

Dancing is a sneeze your soul does. It’s an uncontrollable compulsion like some sort of benign haunting. It’s a very specific feeling that requires a physical response based on how honest you want to be with yourself. Limb flailing, shaking, shuffling, pointing, clapping and the making of faces, dancing is this unique moment where your intellect and ego hand your body over to your soul and let it turn you into a marionette. And all you can do is shrug and say, “this makes no sense… but okay.” And your ego becomes a dichotomous wreck, flipping from joy to fear with every song the DJ chooses.

But it’s good to let your soul be the puppet master — it doesn’t get much of a turn on the controls these days. We are all so self-aware and scared that the soul often gets left out, shunned, treated like a piece of gluten with rollerblades on. Our souls need honesty and integrity to thrive but it feels like those concepts have become nothing more than two of the 25 hashtags on our selfies making sourdough at dawn in our yoga pants (or whatever this month’s like-baiting affectation happens to be).

The soul can only grow and flourish in a state of abandon. Which makes dancing with abandon the sign of an evolved human being. Someone who has a rainbow aura, whose body odour smells like an AESOP shop. Who has ridden themselves of the shackles of the herd and truly no longer cares what other people think. Who can ascend the ladder towards a new frontier of human happiness (a place I imagine is populated by people who have let their Brazilian waxes grow out into pubic-hair sparrows nests, who write 87-word palindromes for fun, who laugh in original Latin and who are able to wear and actually pull-off Rick Owens).

There are no rules for dancing (which is the real reason men don’t do it — no one wins at dancing). That said, if you’re aware that you’re dancing when you’re doing it, then you really aren’t dancing. It’s like the Double Slit — a quantum physics experiment that asked whether consciousness could alter matter, and noted the odd behaviour of particles that were being observed. It concluded that the act of the observing, changes the outcome. When we dance with awareness, we’re like those particles. We change. We’re self-conscious. And we become sentient, a quality that doesn’t belong on any dance floor.

The dancing high-tide is toddlerdom. Toddlers are about as sentient as a spaniel. They are the embodiment of perfect dancing and we should all be working hard to shed our egos and be the music like we did when we were 50cm of who-gives-a-fuck-what-you-think-joy. We should all be jiggling and swaying, running and squatting and then probably shitting our pants and crying every time the music comes on. That’s an authentic response to Fleetwood Mac. If you don’t fall asleep on your face with a shit in your pants after every dance session then get back in your space ship and fuck off back to planet Trying-Too-Hard and have a kale douche, Sandra.

That said, every dance floor comes equipped with some twat ‘Betterthanning’ and ruining the fun. Look, I get it. You’re a dancer. I’m cultured, I’m into ballet. But if you are good at dancing then dancing with us is not for you. Your dancing is not laced with the complicated emotions of doubt and fear and shame that it is for the rest of us. If you are good at dancing and it’s a chance to show off and do something downright impolite like ‘express yourself’ then thanks, but no thanks.

A sure way to make dancing not fun is to GO dancing. “Would you like to go dancing!?” No. That’s a terrible idea. I would like to go and drink in a dark room with music playing that, in any other context would sound like a crime being committed in a cutlery drawer and then let some invisible force pull me onto the floor for a dance. Lost in pleasure. Dancing is cathartic like crying, quitting your television or throwing a brick through a window. When done with enough abandon it will get your brain to microdose you with chemicals like serotonin.

In my visions of hell, I’m sitting in a chair. Next to me is a small man. In front of him is a giant book, in which is written everything I have ever said out loud. And then the small man starts reading out those things. To me. Forever.

My new year’s resolution was to sign up for dance class, so I did — with mixed results