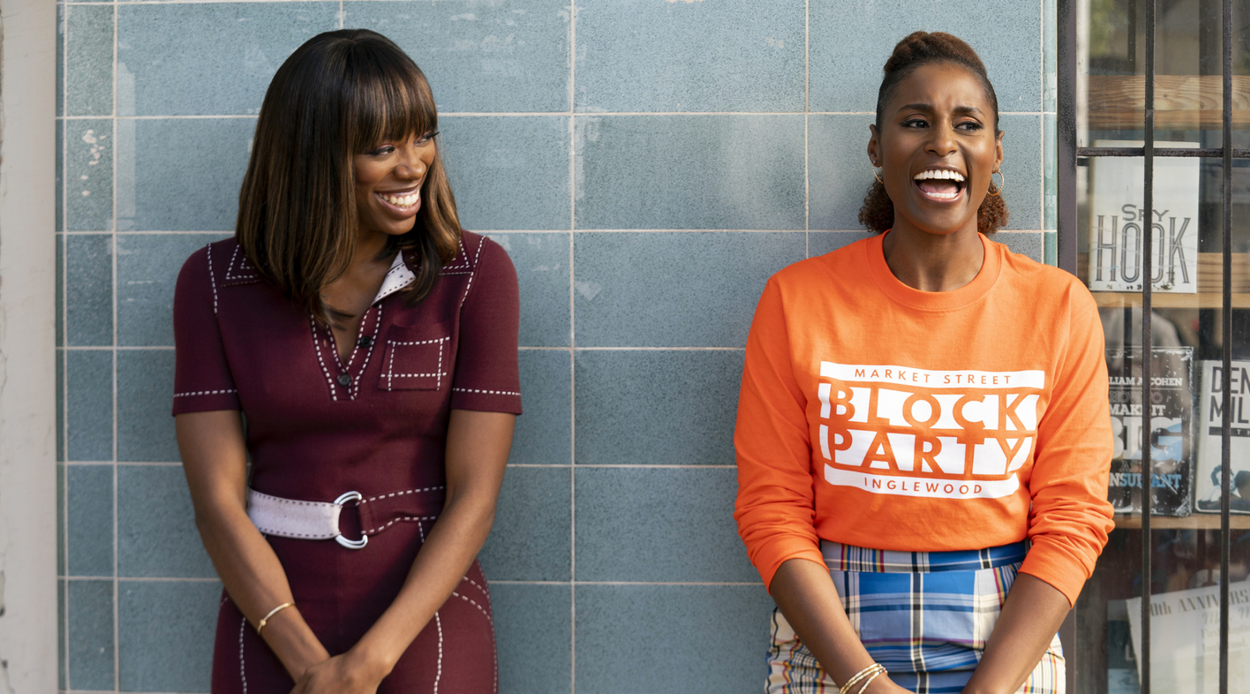 You know the one — the hot ticket TV show people can’t stop talking about. It’s both highly-publicised by the media and highly praised by your peers. It’s also been languishing on your watch-list for far too long. You keep meaning to get around to watching it but never quite do… until now. From gritty dramas to iconic comedies, we’ve rounded up the TV shows you simply must see.

Insecure
Created by Issa Rae and Larry Wilmore, this compelling series follows two best friends as they wade through the various peaks and troughs of balancing personal lives and professional relationships in Los Angeles. Watch on Neon

Fleabag
This multi-award-winning comedy/drama, written by and starring Phoebe Waller-Bridge, follows a young woman living in London who must come to terms with the death of her friend while manoeuvring dysfunctional family dynamics. Watch on Amazon Prime

Euphoria
Based on an Israeli series of the same title, this gritty show, starring Zendaya, offers insight into the lives of high school students and their experiences with love, friendship, identity and trauma. Watch on Neon

The Handmaid’s Tale
Follow June (Elisabeth Moss), as she adjusts to life as a handmaid in totalitarian society Gilead, where women are property of the state and life as we know it is over. Based on the 1985 novel by Margaret Atwood, the show’s popularity has seen the story carry on for three seasons past the book’s original plot. Watch on Neon

Chernobyl
This historical-drama miniseries centres around the Chernobyl nuclear disaster of 1986, and the destruction left in its wake. The exhaustively-researched series received 19 Emmy nominations, and is still widely touted as a must-watch. Watch on Neon

The Night Manager
Jonathan Pine, a former British soldier who is now the night manager at a luxury hotel, is approached to become a covert operative tasked with infiltrating the inner circle of Richard Roper — a shrewd, underground arms dealer.  Watch on Amazon Prime

Fauda
With a title that means ‘Chaos’ in Arabic, it’s hardly surprising that this gripping show delves into fraught territory. An undercover agent from the Israeli Special Forces goes behind Palestinian lines to hunt down a Hamas terrorist… conflict ensues. Watch on Netflix

Schitt’s Creek
Created by father-son duo Eugene and Daniel Levy (who also star as father and son in the show) Schitt’s Creek kicks off with a prominent New York family’s fall from grace, and unfolds as they acclimatise to life in a much smaller town.  Watch on Netflix

Afterlife recommended by fashion designer Wynn Hamlyn
“Ricky Gervais gives the performance of his life playing a small-town journalist dealing (terribly) with the death of his wife. Cynical, suicidal and angry at the world, he muddles his way out of the darkness, to see that there is, in fact, life after death.” Watch on Netflix

Curb Your Enthusiasm recommended by wine and espresso bar owner Henry Mitchell Temple
“In this classic series, television writer and producer, Larry David, plays a version of himself, as he navigates hilarious misadventures and wades into awkward encounters with his celebrity colleagues in Hollywood.” Watch on Neon