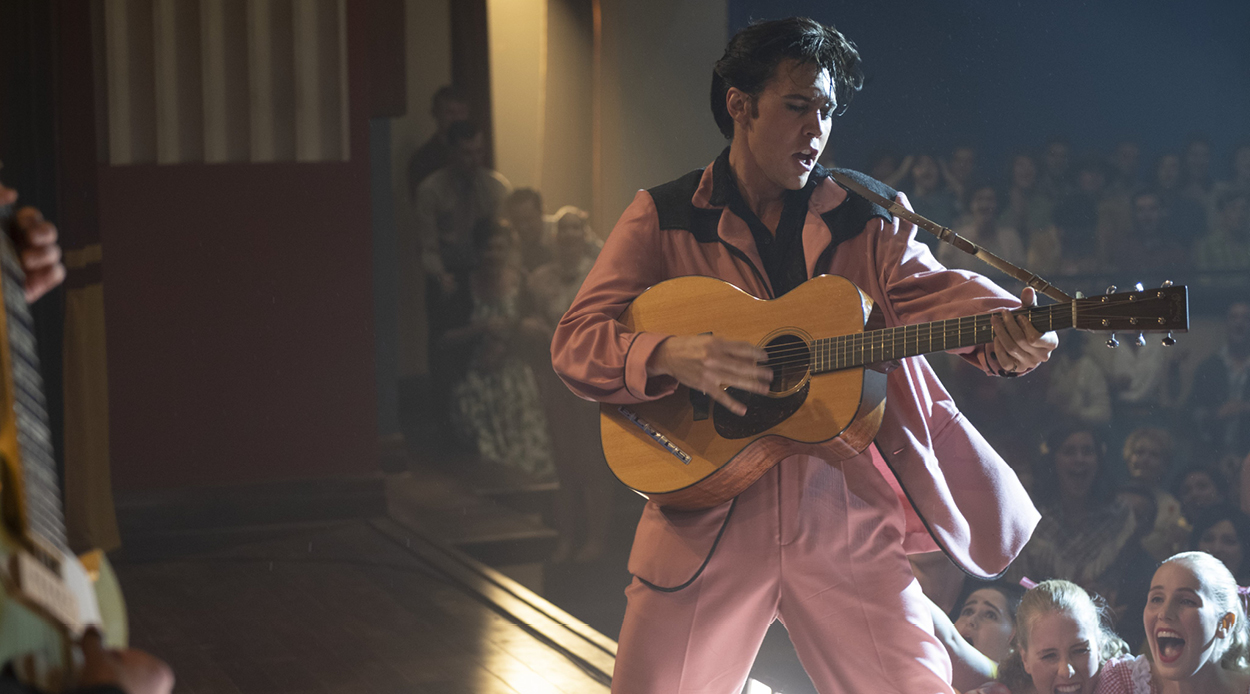 With another long weekend looming and the weather taking a seriously chilly turn, there’s nothing we would like more than to curl up on the sofa with a good film or escape the cold with a trip to the local cinema. From Baz Lurhmann’s Elvis biopic to the movie that has already been dubbed the pick of the season, these new films are perfect long-weekend watching. You’re welcome.

Elvis
By now, the story of Elvis is almost folklore. From his groundbreaking career to his swoon-worthy music, Elvis is an icon in every respect. But the story we know is set to get a fresh reimagining, told through the unique eyes of Baz Luhrmann — the director that turns films into veritable works of art. Debuting at the Cannes Film Festival, Elvis is cinema at its finest, with a star-studded cast (including Austin Butler and Tom Hanks) and top-tier cinematography and is being touted as the best Elvis biopic in years. In cinemas 23rd June

A Hero
An Iranian masterpiece that reflects on reputation, relationships and the rationale of the human mind, A Hero tells the story of Rahim, a man imprisoned for a debt he is unable to repay, who uses a two-day leave to turn his life around. Streaming on Amazon Prime, this film is moving and nail-biting in equal measure. Watch on Amazon Prime

Cha Cha Real Smooth
Starring Dakota Johnson and writer-director-producer Cooper Raiff, Cha Cha Real Smooth tells the story of a young man working at a Bat Mitzvah, who embarks on a friendship with a young mother and her autistic daughter. Quaint yet poignant, this movie will have you crying one minute and laughing the next. Watch on Apple TV+

Mothering Sunday
Past, present and future collide in this engaging new film that follows protagonist Jane Fairchild’s life from adolescence to old age, with a reflection on love lost and love gained. With similarities to romantic epics like The Notebook, Mothering Sunday is set to make a mark on hearts everywhere. In cinemas now

Operation Mincemeat
Based on the much-adored book by Ben Macintyre, Operation Mincemeat retells the story of Winston Churchill’s spies in one of the greatest deception operations in history. Starring Colin Firth and set in 1943 as the Allies are determined to launch an all-out assault in Europe, it will keep you on the edge of your seat. In cinemas now

Jurassic World – Dominion
As the final film in this iconic franchise, Jurassic World — Dominion exceeds all expectations. Following the destruction of Isla Nublar, it is set in a world where dinosaurs co-exist alongside humans; a relationship that reshapes the future and determines the destiny of humankind. In cinemas now

Where the Crawdads Sing
In what might be the season’s most anticipated release, Where the Crawdads Sing is the cinematic adaptation of the cult-favourite novel by Delia Owens — bringing the remarkable talent of Daisy Edgar-Jones to our screens. Part murder-mystery, part coming-of-age tale, it tells the story of Kya Clark, known in her town as ‘Marsh Girl’, an unforgettable heroine who was never destined to fit in. Love, heartbreak and curiosity all fall under the same banner in this cautiously wonderful film, sure to be as moving and suspenseful as the book upon which it is based. In cinemas 18th August

Top Gun: Maverick
Nearly 40 years after the original Top Gun was released, comes the hotly-anticipated sequel. Tom Cruise (who looks like he hasn’t aged a day) reprises his role as Maverick, three decades into his career as one of the Navy’s greatest fighter pilots, about to lead his students into their most dangerous mission yet. In cinemas now

Haute Couture
Come for the compelling story, stay for the exquisite fashion with Haute Couture, a beautiful new French film that follows Esther — the soon-to-retire Head Seamstress at Dior’s Avenue Montaigne workshop — as she takes a tempestuous young woman under her wing. Thanks to the advice of Justine Vivien of Dior’s Héritage Archive (appointed as technical advisor) the film pulls back the curtain on Dior’s transcendent fashion and offers insight (albeit in a fictional setting) to what transpires behind the scenes. In cinemas now