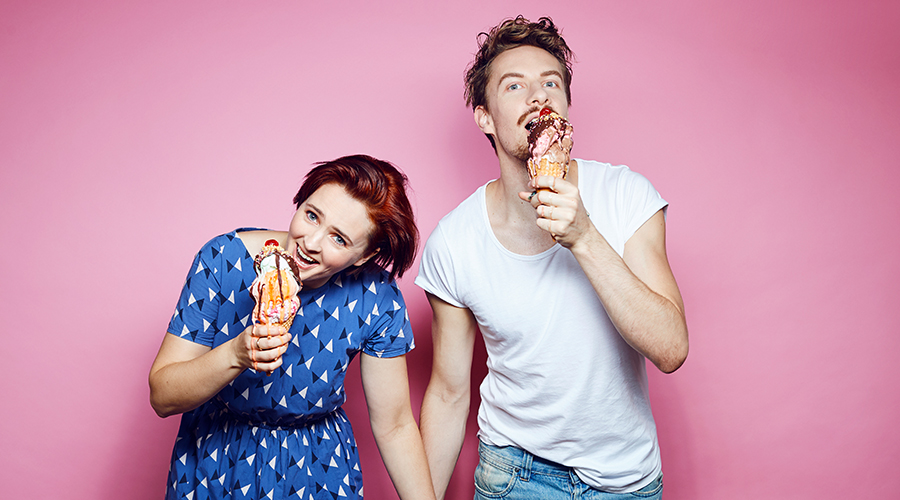 Claire Cowan may not yet be a household name, but given the nature of her upcoming performance, we suspect it won’t be too long before she is. This November, the talented composer will be teaming up with the Royal New Zealand Ballet to deliver a rousing performance — marking the first time in history that a female composer in New Zealand has written a full-length ballet for the esteemed company. The product of the landmark partnership will be a gripping interpretation of the classic fairytale, Hansel and Gretel.

Ahead of her groundbreaking — and history-making — performance, we sat down with Cowan to discover more about the composer and her upcoming show.

What piece are you most proud of composing?
Hansel and Gretel! It’s the longest orchestral work I’ve ever written, by far. It’s also been the most fun. Writing a ballet is like writing a film score while you invent the film inside your head. Sometimes I’ll hand a completed scene demo to Loughlan, the choreographer, and he’ll be able to hear what’s ‘happening’ in the scene at very specific moments, just from listening to my score. It’s like some weird kind of creative telepathy. It’s very rewarding.

What is your favourite piece to perform?
Subtle Dances is a piano trio I wrote for the NZTrio. Movement One is really fun to play. It involves knocking, flicking and pounding the cello percussively to make lots of interlocking rhythms with the other players. My hands get a bit raw by the end!

What instruments do you play?
Cello, keys, banjo, uke, guitars — and the accordion a bit!

If you could perform with anybody, who would it be?
I love playing with the Blackbird Ensemble, my awesome band of rogue musicians from all sorts of backgrounds. I seriously wouldn’t want to perform with any of my musical icons, I’d be too nervous!

Who do you look up to musically?
Björk is a big one. Sufjan Stevens. Alexandre Desplait. John Williams. John Adams. I’ve recently discovered a composer called Matthew Herbert who floored me with his film score ‘Disobedience’.

What was the first album you ever bought?
I bought a ‘movie themes’ compilation on CD and split the cost with my brother. My first tapes were stolen from my sister’s collection and included a very well worn Deep Forest cassette.

When creating, where do you get your inspiration from?
Often I’m writing to pictures, so I get inspiration from the tone and tempo of the scene. I also get inspired a lot by watching other films, or going to see live performances.|

What has been your biggest achievement so far?
Winning a silver scroll for ‘Hillary’, the TV series score I composed.

Which do you prefer writing for — film, TV or stage performances?
I love the variety that comes with writing for all of those things! I love the sonic possibilities of an orchestra, the thrill of working with real players, and I also love the endless options when writing for film or TV, because you can just play with sounds and not worry about what’s possible to play. Creatively, I love to serve the picture and enhance the emotion and story. It’s almost like the music is giving the acting performance by itself. I love the emotion I can manipulate the audience into feeling. Sometimes, when given completely free rein on the concert stage, I’m paralysed by the freedom and don’t know how to begin. It’s also a ‘higher-brow’ art form which is critiqued far more than soundtracking, which I feel comes with the pressure that sometimes surpasses the thrill of the composing. So, I guess I like anything that is considered a ‘soundtrack’ best!

Throughout your career, what has been the most challenging hurdle you have had to overcome?
I guess big patches where I was unable to find work! I had the know-how, but none of the right connections. I had a music degree which was mostly academically focused and left me clueless about where to find composing work. So that was disheartening. Eventually, I got offered a TV gig, which set the ball rolling with that sort of work, while I set about trying to make friends with the dancers, theatre-makers and filmmakers who were doing interesting things. I felt like I was wasting valuable time, which was hard. But I have learned the greatest piece of self-taught advice from that time, which is to always make your own stuff when you’re out of work! Now I have very little time to make my own music that isn’t attached to a score or concert commission, and I kind of miss that freedom!

Tell us about the upcoming Hansel and Gretel performance, what can we expect?
The production draws stylistic inspiration from early cinema, with a more modern cinema approach to sound. I’ve requested the orchestra is amplified and played through speakers around each theatre, giving a more powerful and immediate sound connection to the audience. It also will cover the sound of dancers landing on a wooden stage! The design of Act One is quite different from Act Two. Act One combines muted tones, poverty, dark forests and rain. While Act 2 is colourful and filled with food! Expect all of the favourite parts of ballet — beautiful duets, ensemble numbers, and magical — but expect more as well. Little surprises are hidden like sweets throughout!

How does it feel to be the first-ever female composer to write a full-length ballet for the Royal New Zealand Ballet?
It’s an honour! But it’s also about time! There are so many great women composers in New Zealand. To be fair, there’s not a lot of commissioned ballets written in this country, the last one was 12 years ago. So chances are few and far between. I’m very lucky, and I hope this won’t be the last time I work with the RNZB!

How has being a woman in the industry affected your career?
I get asked this one a lot lately, and I don’t really know how to answer it. I should hope it hasn’t affected my career negatively, but if it has, then that’s not on me. I think personality, talent, and work ethic are the main reasons people choose to work with you — that, and colleagues recommending you for new jobs.

What is in the future for you, professionally? Are there any other exciting things on the horizon?
Hopefully another ballet at some stage. Loughlan and I have a very strong creative connection, so more projects with him next year. I’m also writing a new TV series score and developing a new show with Blackbird Ensemble next year, with new music technologies.

Hansel and Gretel will be showing at the ASB Theatre from 6th November to 14th December. For more information and tickets, click here.