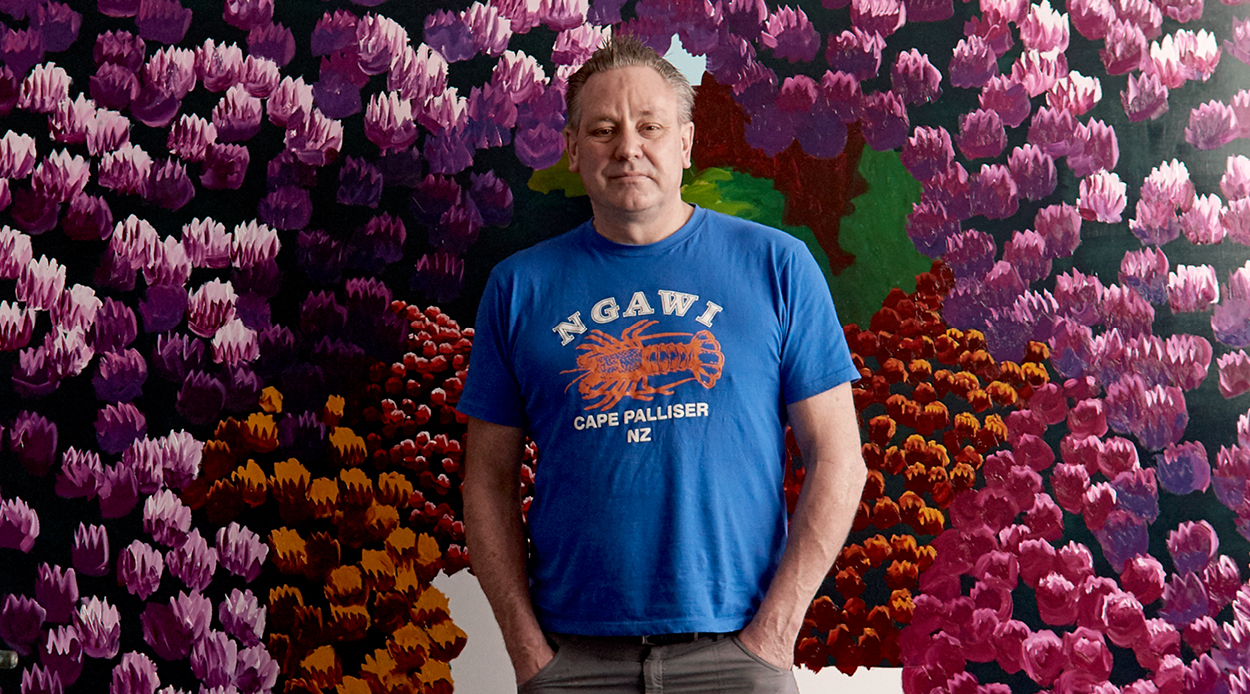 You’d be hard-pressed to find a lofty home, a restaurant or a five-star hotel that doesn’t have a Karl Maughan hanging on its wall. Vivid and recognisable, the artist’s botanical paintings are some of New Zealand’s best-known contemporary works, and his career spans more than three decades.

Thanks to his uplifting use of colour and idiosyncratic interpretations of floral subjects in jewel-like detail, Maughan’s work has proved timeless.

Here, the artist shares musings on his profession and a few pearls of wisdom he’s amassed along the way.

“Painting is hard work. You need to spend the hours in front of the canvas to bring your work to fruition. There’s no way around it. You have to fight a round with the paint. That’s the brilliant thing. You start off with a vague idea and the paint starts changing things. You always struggle. Van Gogh said that it feels like there’s a pane of glass between you and the subject. You just have to get closer.

My dad was an interesting artist who didn’t have the drive to carry on. Instead he became a writer. He was very influential to me. He got me interested in the whole concept of painting when I was a kid, the idea of being an artist and rendering the world in paint.

When you’re in the art world you don’t necessarily see some of the pretensions. I always find that thing of people trying to prove that something is worthy, very tiring. If you have to prove it, there’s a problem.

There’s nothing like that great enjoyment you get from going out dancing. I remember back in the eighties in Auckland, no one lived in the city so you could have the music up loud. Or you could stand in front of the speakers at The Box and feel your clothes vibrate. There’s something primal about dancing. We still do it at home now.

My wife is a writer and we discuss our work a lot. Writing a novel seems a bizarre labyrinthine thing to me where you have to cut yourself off from the world for a year. I just have to climb into a painting, stay for a day and leave.

It’s great to switch off. One of the best things about the lockdown this year was doing nothing at all. I couldn’t paint because my studio is not at home, so I just went into holiday mode. The closest thing I came to work was a 1920s jigsaw of a garden, which was great research.

Having kids makes you smarten up your act. Before them I once spent 100 days in a row working in the studio because it was fun. Now instead of 12 hours in a day, you only have three or four so you have to focus.

It can be a strange but great experience walking into people’s homes and seeing your old work. Sometimes it’s hard to remember painting them. My paintings have had a similar theme but they have changed so much as well. I can see what I was hung up on at the time. Oh, I was struggling with this….

I work all day but it’s always that last half hour that’s magical, that has you asking ‘can I stay a bit longer?’”