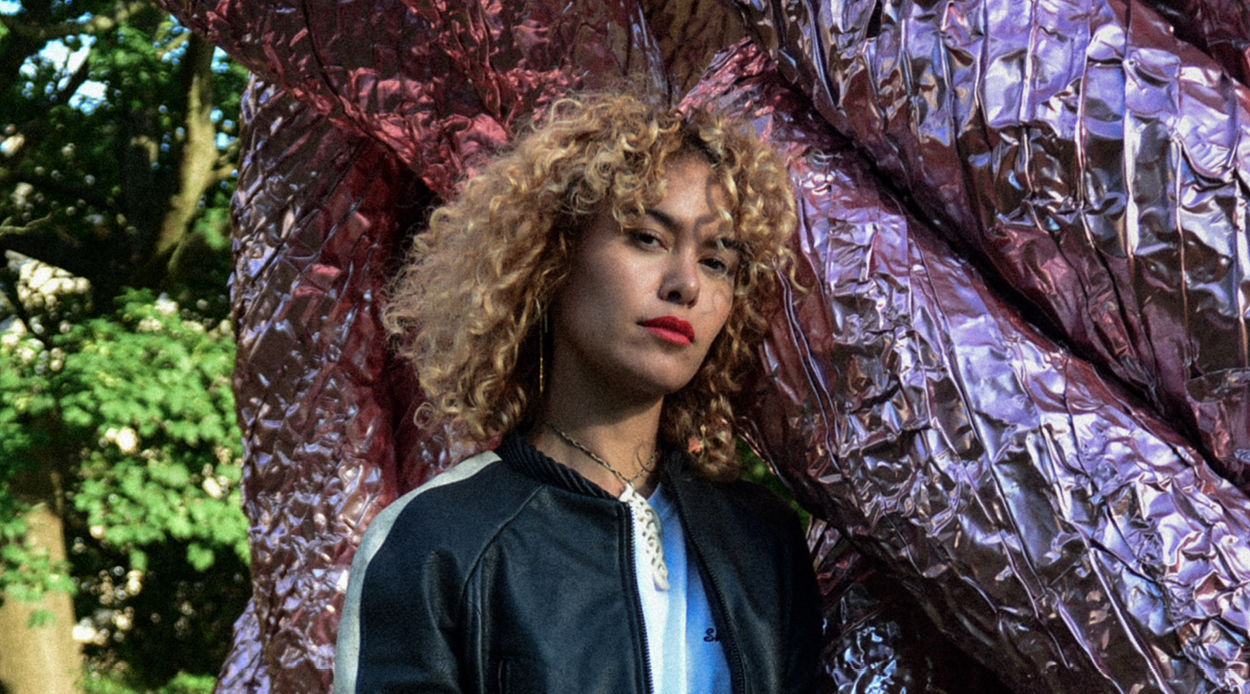 As Black Lives Matter throws the visceral reality of historic racism into a starkly honest light, we’re taking the time to listen to the voices better-versed by experience. Those of us not directly impacted by the inter-generational trauma that began hundreds of years ago, now have a responsibility. We need to listen to the stories of those still suffering the systemic hangovers of institutions that were built on prejudice. And we need to be open to learning. Here, New Zealand artist Jade Townsend (Ngāti Kahungunu, Liverpudlian) asks us all to consider how we will keep the fires of change alive, long after rally-cries become quiet.

“Pantone colour code 15-1460 TN is arguably the closest colour to Finding Nemo’s orange-striped-skin, according to various online forums. Forums where māmās are looking for paint for children’s bedroom furniture and where I was searching for paint for my body. I wanted to test a theory – that my son would love me more if my skin was the colour of his beloved movie friend. I believe children see skin colour just as they see every other hue in nature.

However, we are told they do not; that it is their naivety and inability to scope danger that makes them vulnerable enough to befriend a stranger or in other words: make friends with everybody. Then, something happens along the way to adulthood and we find ourselves herded into narrow fields of like-minded parents and friends who are academically-, spiritually- and economically-aligned with us. And in our fields, most people are of the same colour. In our fields, we feel safe and supported, so we build fences and close the gate to ensure that nothing changes.

I recently attended a Black Lives Matter rally in support of anti-racism, where I listened as a group of fascinating teenage girls stood on the steps of Auckland’s Aotea Square and spoke with a conviction beyond their years. “We are Ngā Hinepūkōrero and we are a spoken word group that talks to Māori injustice as well as other political issues going on in our communities”. This particular march ended a week of big news, both in New Zealand and overseas, including the New Zealand Police Commissioner cancelling the gun trial; the removal of the Hamilton statue; George Floyd’s tangi in the United States; and the ongoing, grim toll of Covid-19.

There has been no time to heal yet we are beginning to reflect. Hearing the young activists sharing their connection to the trauma of oppressive colonial and racist tactics experienced by their families, which continue to deny them the opportunity to exist equally in their native country, I felt emotional. The poetry of Manaia, Matariki and Arihia paralleled their battle between the worlds of Māori and Pākehā by switching between English and Te Reo Māori, and it spoke to the same dichotomy in me.

Ko Jade Townsend toku ingoa, I am a visual artist working at the intersection of my Māori and Pākehā heritage. It’s a non-fixed duality that ebbs and flows with contradictory cultural forces every day. My spirit – my wairua – connects to many seemingly disparate fields. From Aramoho, Whanganui, where I was raised as a child, to Huyton, Liverpool in the United Kingdom, where I lived as a teenager.

They are half a world away from each other but share the same reputation and statistics of any low socio-demographic and ethnic minority area. Through art, I record my experiences of looking inside and peering out from the cracks in these societal backyards: exploring unity-by-way-of-materiality to become collage, painting and textiles.

The final speaker at the protest was Will ‘Ilolahia, a founding member of the Polynesian Panthers. “I have been doing this for 25 years,” he declared, closing the kōrero on a sobering note, as we picked up our placards and marched to the US Consulate. His lifelong commitment to something that, for many, felt like a newfound call to action, made me think.

I knew the members of Ngā Hinepūkōrero would be still doing this work in 25 years but would I? What would happen when I grew richer, older, more gentrified: would I give up brunch at my favourite cafe on a Sunday for issues that wouldn’t directly improve my life? It’s something I am genuinely worried about, because the cafes in Ponsonby were full on June 14, 2020. The streets of Auckland city centre were not. Not full enough in my opinion – I thought there were more us.

When I joined the rally on Queen Street and became part of a bigger body of movement, I immediately understood that my work did not end there. That I wanted to talk about my experience with those who were not present, those who might need me to light the fire for change in them and keep it going. The Māori term to describe this action is ‘ahi kā’ – ‘keep the fire burning.’ It is an old term for occupation and a contemporary expression for the health of our relationships or conceptual ideas; they don’t keep going on their own.

I know Pākehā are fundamentally open to doing their bit by seeking out opportunities to re-learn the pre-European history of Aotearoa, to learn Te Reo Māori, to ensure there is diversity in the workplace and to reacquaint themselves with Te Tiriti o Waitangi. These gestures are important and vital and they benefit the change-makers first — knowledge and learning does that. But what then?

My work leads me to consider the origin of things – materials, concepts, language and genealogy. This knowledge allows me access to a culture of which I am not a denizen. My whanau, which includes my husband Adam and my two-year-old son, Hayes-Anaru, has recently settled in Takapuna after years living overseas. While researching the history of our new home, I read about how the land of Ihumātao would feed the growing number of multicultural bellies arriving on the North Shore.

It was a sacred site where Māori transferred ancient gardening knowledge into the modern techniques for new crops from the 1840s onwards. Māori have many words for soil and the early Māori gardeners could differentiate its qualities simply by holding it in their hands. It was this land and this knowledge that sustained the lives of all of our ancestors, but developers now want to build the fences there.

A perfect landscape, to me, is border-less and boundaryless. The wonder of seemingly disparate entities existing side-by-side. In my work, acrylic rope meets pearls, plastic bags are embellished with shiny glass beads and expensive silk is dipped in house paint. I think about displaying these experiments in museums, galleries, on the marae and in the whare to prove that there are other ways to be together that haven’t even been explored enough.

So, when you next gather with your friends and whanau to share kai, ask yourself who is at your table? Who is not? Let us start a journey into cultivation to recognise the synergies and reveal the spaces between our nature that we are still to grow into. Let us feed the belly of our people from our own ancient gardens once more. Naku te rourou nau te rourou ka ora ai te iwi. With your basket and my basket the people will live.”

Artist Karl Maughan on smartening up, switching off and the joy of dancing