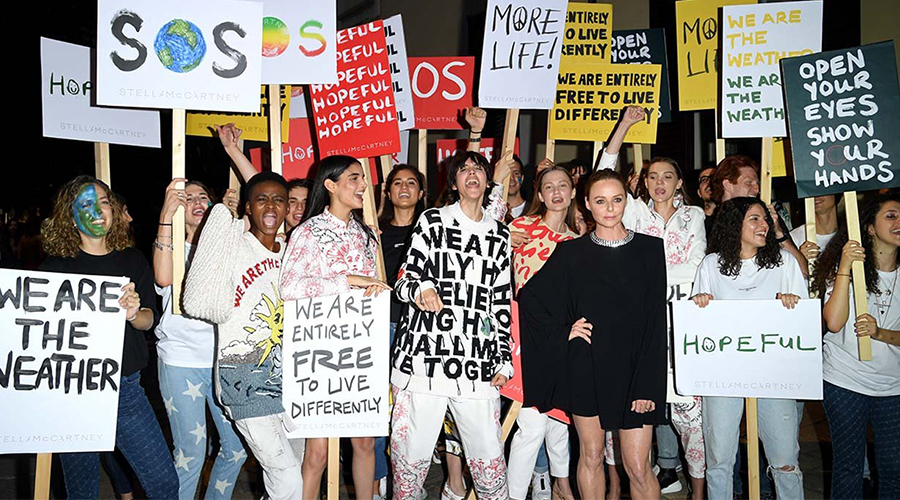 As more and more brands fold sustainability into their ethos, it’s promising to see the progress in the industry at large. From the consignment craze to Stella McCartney’s inimitable reign, these are some of the most significant recent happenings in the space.

Stella McCartney teams up with LVMH
In a move that surprised industry insiders, Stella McCartney recently announced a new partnership with luxury fashion conglomerate LVMH. Alongside the group buying a minority stake in McCartney’s renowned, eponymous label (of which the designer will remain creative director and majority shareholder), Stella McCartney herself will become LVMH’s special advisor on sustainability. This comes just over a year after McCartney cut ties with LVMH’s rival group, Kering (with whom she had a 50-50 partnership), and signifies how the biggest players in fashion are starting to make sustainability a number one priority.

The Real Real goes public
Pioneering luxury consignment retailer (with both an online platform and physical stores in Los Angeles and New York) The Real Real, raised $300 million in its first public share offering in June this year, seeing its shares jump almost 50 percent in the first few minutes of trading. Giving the company a preliminary market value of around US$2.5billion, it was a move that spoke to the burgeoning popularity of second-hand fashion in today’s more eco-aware, sustainability-driven climate. It seems the only way is up for The Real Real and we’ll be watching this space with interest.

Net-A-Porter launches sustainability platform
Earlier this year, online retail giant Net-A-Porter launched a new platform dedicated to sustainable fashion. Making it easier than ever for its customers to identify and connect with environmentally-friendly, sustainable brands, Net-A-Porter kicked things off with a number of exclusive capsule collections — including one from New Zealand’s own Maggie Marilyn. “Our aim,” articulated Net-A-Porter’s Global Buying Director, Elizabeth von der Goltz, “is to give a voice to the brands that are truly making positive changes.”A worthwhile mandate indeed.