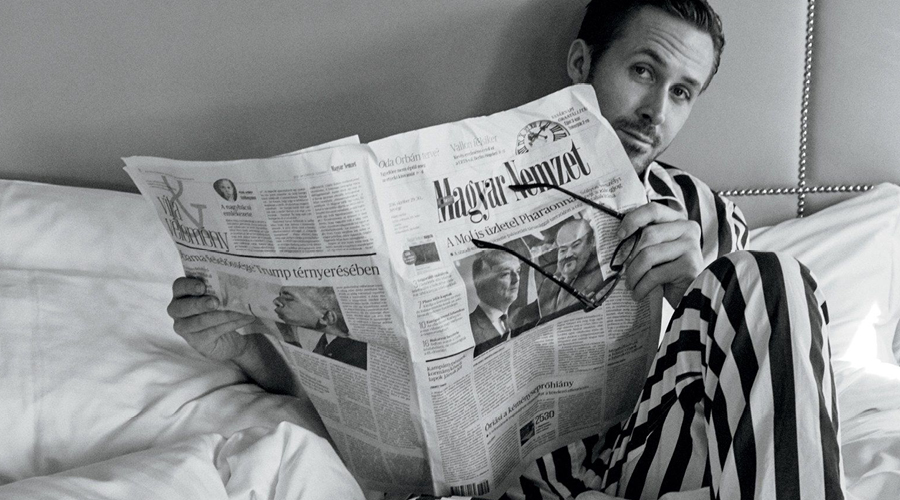 A man who owns a pair of pyjamas is a man who’s got clout instead of chasing it. Men make excuses that they’re more comfortable sleeping nude but that’s just an opinion formed by a bitter person whose ex-wife now sleeps with a man that wears a full silk set to bed.

Pyjamas say a lot about an individual, at least more than you’d think. Wearing pyjamas creates the illusion that you’re worn out from a hard day of hustling and being successful in uncomfortable formal attire and the loose-fitting pyjamas are a way of unwinding
and calling it a day.

Bottom line, let’s face it. The majority of us don’t have the assets to look like Ryan Gosling from The Notebook when we roll out of bed. But with that being said, if two genetic lottery victors like George Clooney and Brad Pitt cover-up during the late hours of the night (as seen on Ocean’s Twelve), there really is no reason why the rest of us shouldn’t.

That’s not to say that all pyjamas are created sartorially equal. If your night time inventory only includes wife beater singlets and crinkled boxer shorts, you’d be better off sleeping naked and save yourself from being compared to the other man in silk. You want pyjamas that make you feel comfortable yet powerful. Keep the tops and bottoms matching, just as you would a suit, so it looks like you have your life together even in your sleep. A bed robe is the closest you’ll get to resembling the royalty of aristocratic times and it’s crucial you don’t confuse it with a bathrobe. Make sure the robe is long, just enough to make you look like you’re floating across the floor but not to the point where it could be considered a kimono, because true kings are polite and don’t mess with other people’s cultures.