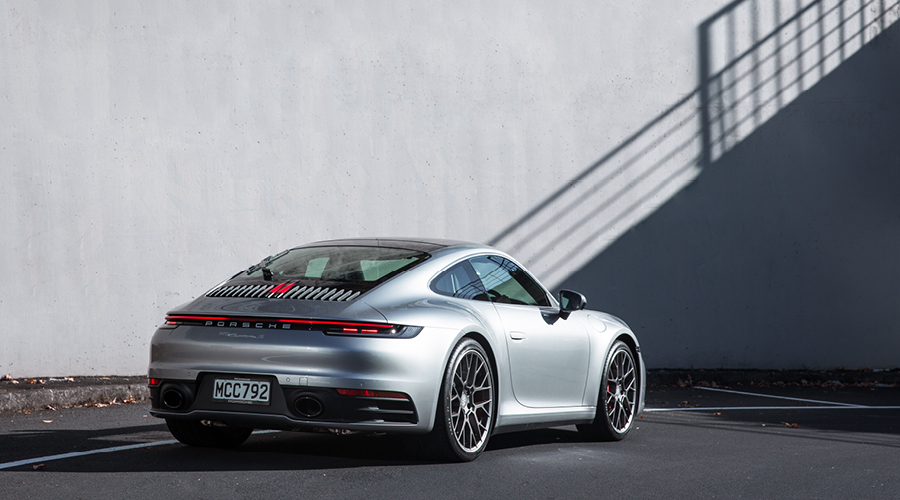 Many years ago, I dated a devout Porsche fanatic whose measure of his life’s success was anchored firmly on his ability to own the latest model of the 911 marque. That’s the thing about the Porsche 911, not only is it a purist’s car, it also carries with it a level of deservedness. While some might throw a lazy $200,000+ at renovating the bathroom, others will dedicate it to the ownership of what is arguably Germany’s most hallowed automotive export. During my time with said ex, I too developed a love and appreciation for the driver’s car.

Fast-forward to today, and my life is not as carefree as it was some 20-odd years ago. With two young children in tow, the prospect of transporting my clan within the tight, yet supremely comfortable confines of the new 911, was met with concern from me, and extreme excitement from my children. My six-year-old son has always loudly proclaimed, “Mum look it’s a Porsche!” since he could barely talk, suggesting that someone in the marketing team at Porsche is doing a good job with product integration into children’s television shows.

This, the eighth generation of the Porsche 911, embraces the philosophy that big is beautiful. The new release is wider, more assertive, and more advanced. Wider wings arch over the large 20-inch wheels at the front and 21-inch wheels at the rear.

Of course, this latest generation is still obviously a 911, with its distinctive roofline and long overhanging tail. Where previous incarnations seemed an exercise in subtlety, the 911 appears far more suited to its new stature. It’s a handsome vehicle, with an exterior refresh that imparts the car with the futuristic aesthetic that will likely age well — an important factor if one considers the high resale value of the 911 marque.

Upon taking delivery of my new weekend whip, the first port of call was skiing lessons at SnowPlanet. Accommodating my family of four within the tightly disciplined leather interior was easier than I imagined. The interior displays some beautiful craftsmanship, and while its enveloping, comfortable seats, complete with the Porsche crest embossed into the headrest are a comfortable place to be, there is no denying that the rear seats should only be the domain of little people or oversized designer handbags.

The interior exhibits a calm and conservative design ethos — the Germans are serious after all. Knowing full well that the majority of owners fall into the driving purist category, the design of the cockpit emphasises the fine art of driving over any newfangled, and unnecessary embellishments. The only analogue instrument is the rev counter, with the rest moving to digital technology, much of which is via a large 10.9-inch touchscreen monitor, that’s supremely easy to operate without distracting from the driving at hand.

Heading north on the motorway, with my excitable entourage on board, I very quickly recalled the joy one gets behind the wheel of a 911. While there is no denying its tarmac-eating credentials, the traction and stability systems make swift manoeuvring through traffic a breeze. Intent on not obtaining a speeding fine, yet wildly encouraged to “put my foot down” by my over eager passengers, even the process of acceleration from 50km/h to 100km/h delivers a thrilling experience for both driver and cargo. With an acceleration speed of 0-100km/h in 3.5 seconds, the new 911 exudes the sort of playfulness one wants from a car of this calibre, all while remaining a pleasure to drive, fast or slow over short or long distances.

The new model comes with some impressive advancements designed to further improve the vehicle’s handling and performance. There’s a new Wet Mode setting which listens for the splatter of rain water in the wheel arches and in turn, dials in the appropriate settings for the engine and gearbox, as well as alerting the driver. All-around parking sensors that display a 360-degree bird’s eye view of the car are an essential addition too. I was supremely grateful for these when manoeuvring the low riding marque into a parallel carpark, in front of a gathered crowd of onlookers, just waiting for me to stuff it up.

Like many a fine vintage wine, each of the eight incarnations of 911 has their appreciators, and I have no doubt this one will be revered and collected for years to come. But why wait? My guess is that the temptation of the cognoscenti to drive this new jewel in the crown will be too appealing to ignore.