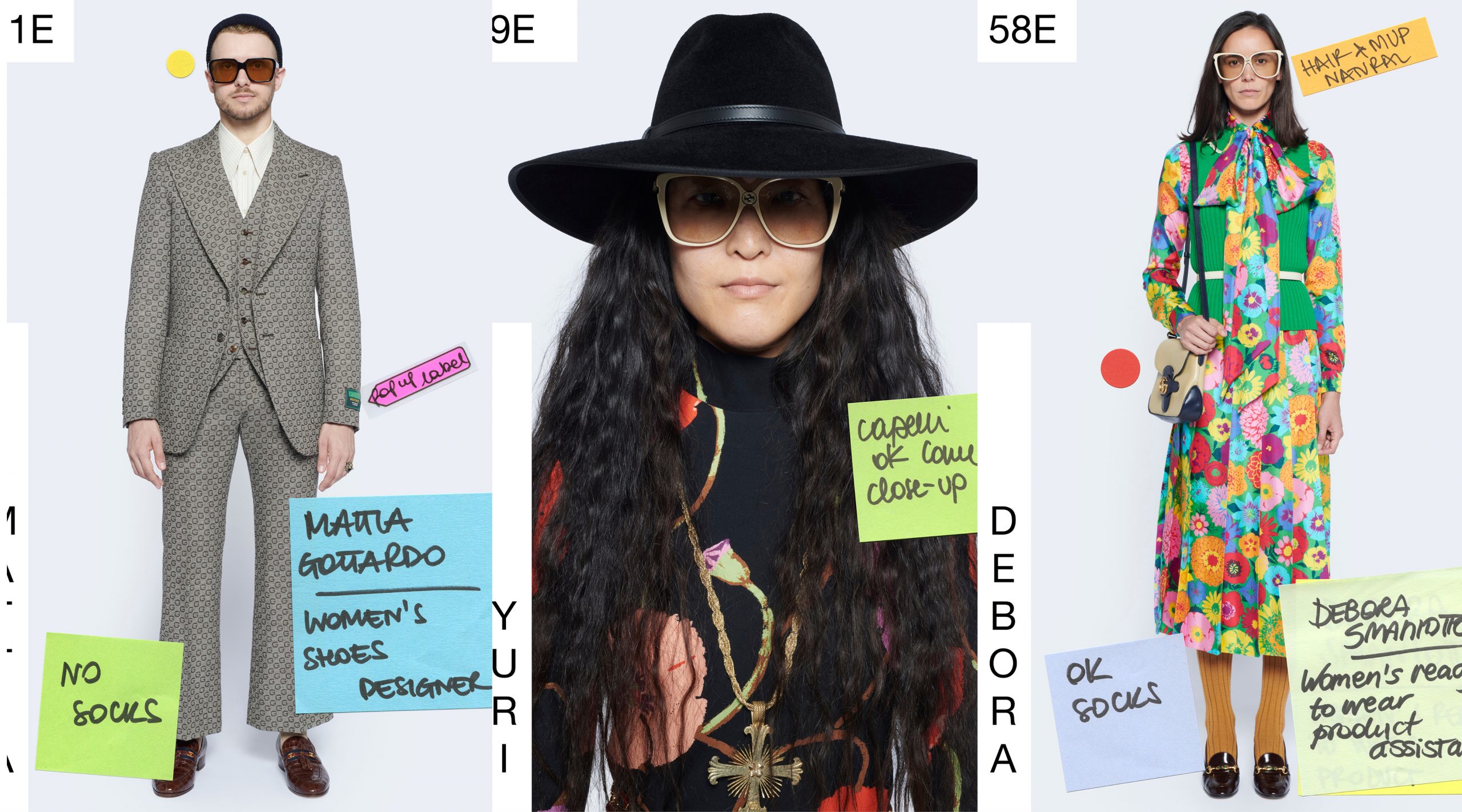 Wrapping up Milan’s first-ever digital fashion week, Gucci showed its resort 2021 collection via a 12-hour livestream, offering viewers a rare behind-the-scenes look into all that goes into a large scale photoshoot.

Named ‘Epilogue’, the showcase was the final act of Michele’s three-part project, which he dubs his ‘fairy tale’, that began in February this year with a fashion show, followed by an advertising campaign in May. This time, the clothes were modelled by those who created them — Gucci’s design team.

“They will seize the poetry they contributed to mould. They will stage what we passionately imagined. It’s a process of role reversal, once more,” said Michele.

Taking place in the Palazzo Sacchetti in Rome, viewers were invited to see all facets of the production, from camera and lighting set-ups to hair and makeup for the design team wearing the collection, who were then photographed for the brand’s lookbook.

“My fairy tale in three parts wants to generate a questioning about the rules, the roles and the functions that keep the world of fashion going,” said Michele.

“It’s an inevitably partial investigation, also intentionally deforming: an unbalanced game in which I tried to dismantle the scaffolding, to turn things upside down, to shift the gaze somewhere else, to challenge the grammars through which we try to name the mystery of beauty.”

The clothing itself embodied the signature eclectic sensibility of Gucci’s creative director, channelling the bohemian aesthetic that has made the brand so successful during Michele’s tenure.

Clashing prints, 60s and 70s-style shapes and statement accessories were all imbued with the unique personality of each member of the design team, finished with suitably tailored makeup looks designed by Gucci Beauty head artist Thomas De Kluyver.

In May, Gucci announced it would “abandon the worn-out ritual of seasonalities”, moving from the usual fashion week calendar of five shows per year to two, seasonless annual releases.

Epilogue sees the fashion house navigating complicated times with its own spin, from “a threshold of a new beginning, from which we try to imagine our tomorrow.”