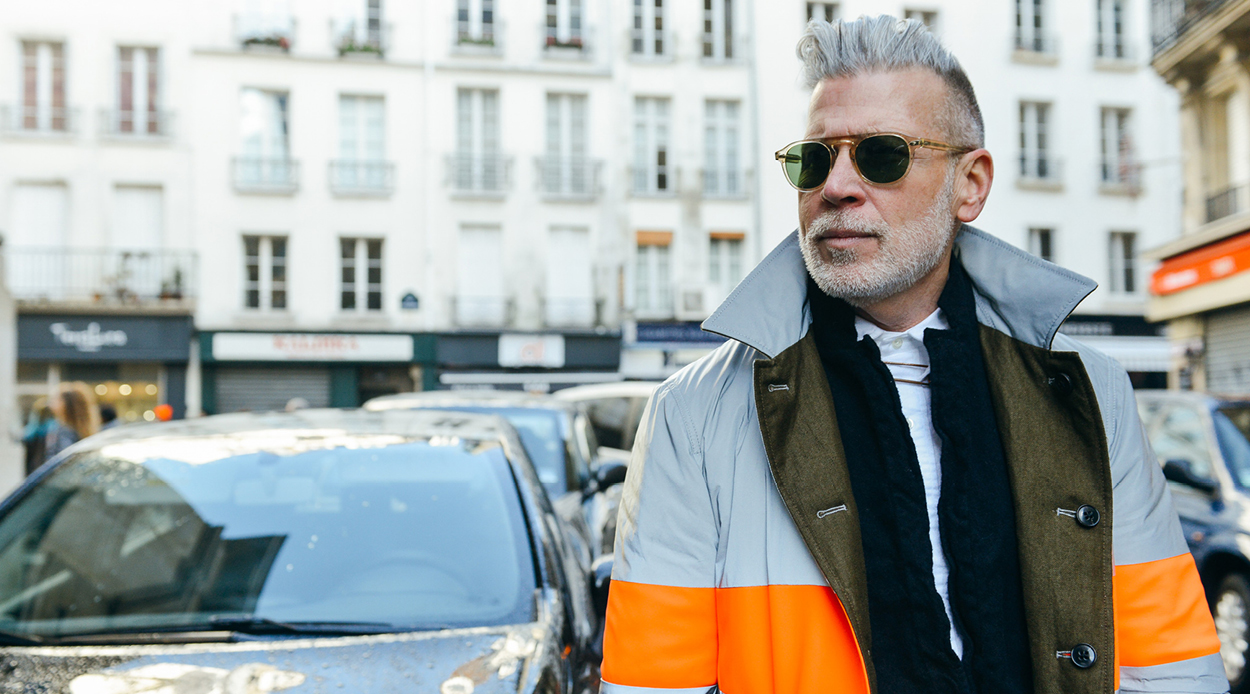 It like a scene from your worst nightmare. In the midst of brushing your you glance into the mirror and notice there’s something different. You scour your profile, searching for the culprit, before flicking your eyes towards your mane. There it is. A rogue silver hair. In fact, the more you look, eyes frantically darting back and forth as though part of an unsustainable beep test, you realise there’s more than one. Your stomach drops and your face loses its colour with the same irrevocability as the strands themselves. It’s happening — you’re going grey. And the worst part? You haven’t even hit your mid-thirties yet.

Admittedly, nobody looks forward to ‘the change’ but there are some that handle it better than others. Those taking their first tentative steps into the grey matter usually act one of two ways. Firstly, there’s the ‘grin and bear it’ phlegmatic, who — upon the initial freak out — welcomes the inevitable with an imperturbable acceptance. Yes, he would prefer to retain his brunette locks but really, who can argue with nature? Within time he sees his new hue as nothing but an evolution of character, slotting himself firmly into the distinguished role as easily as if he were slipping on a tailored blazer. He now considers himself on par with all the gunmetal-coiffed greats, think George Clooney, Jeff Goldblum, and Daniel Day Lewis.

Of course, there’s also the panicker. The one who sees his burgeoning greys as nothing more than a reminder of his expiration date and the fact that he’s one step closer to shuffling off his mortal coil. His new anaemic tresses bruise his ego, and embarking on a vain quest, he approaches the ‘colour-me-happy’ route with necessary scepticism. Is it acceptable for men to dye their hair? Surely it is for any male under the age of 35, right? What about if they restrict it to their mop and don’t touch their facial hair? There are many questions left unanswered, this issue is, after all, a grey area. But there is one thing for sure — if you’re considering a box-dye job then we’ve got some advice. Don’t. To avoid having hair like a Ken doll’s, that is more absurdly unnatural than the inanimate object resting on Trump’s noggin, we suggest putting your head in the hands of a professional.

Whether you count yourself a hysteric or are begrudgingly willing soldier on, the truth is that going grey no longer correlates with the end of the world. Those looking to stop time in its tracks can do so easily and unnoticed if they consult a professional, whereas those refusing to change fate can rock an of-the-moment hair hue with distinguished pride. Times are changing and grey locks should no longer be met with fear and panic. If anything, you should be grateful — at least you’ve still got hair. That’s the silver lining.

Unsure what to do next? Consult the professionals.
According to Ezra Serville, senior stylist and creative director at Servilles Takapuna, colouring your hair can take years off if you get it done correctly. “I recommend having something super soft and natural,” he suggests, “you’re not looking to cover every little hair, it’s more like stitching them in. Plus, the softer you go the less your regrowth will show, so it’s best to opt for the blended look.” His final tip? “Always start off with less, that way you can go further next time if it’s needed.”