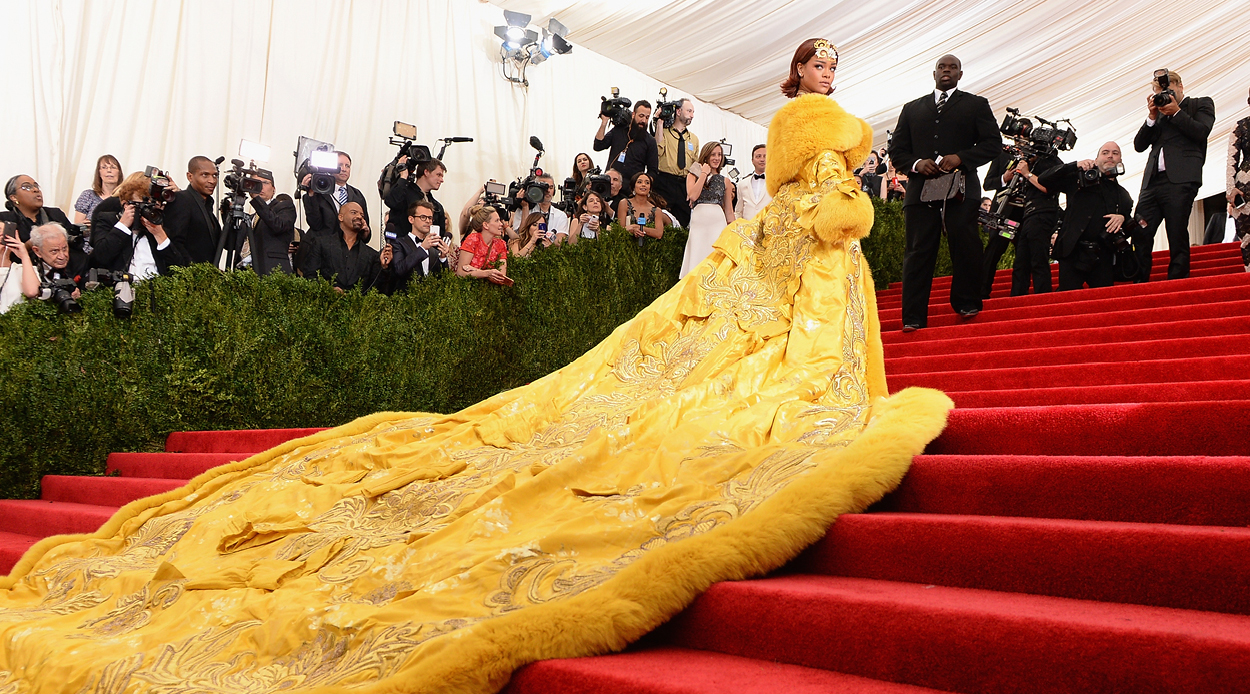 When this year’s Met Gala was cancelled and the accompanying exhibition About Time: Fashion and Duration postponed until October, fans of glamour, creativity and celebrities looking strange on the red carpet clenched their Chanel manicures in rage. The Met Gala is like Christmas and New Year’s Eve all rolled into one for fashion fans.

This is not the time to let Covid-19 stand in the way of our need for style, sophistication and famous people aggressively pouting. Fashion films are perfect for satisfying your hunger for haute couture. From The Met Gala to Raf Simons at Dior, Audrey Hepburn running down stairs and Linda Evangelista pouting for the camera, here are the fashion films that put you in the front row.

First Monday In May
At this time of year we would usually be preparing for Rihanna to steal the crown at the Met Gala, regularly referred to as Christmas for followers of haute couture, but Covid-19 is proving a grinch in 2020, cancelling the event. Instead let Andrew Rossi’s documentary take you inside the 2015 party with the theme China: Through The Looking Glass. There are squabbles between the staff at the Metropolitan Museum of Art and the fashion crowd but Rihanna in a canary yellow robe by Guo Pei is the defining masterpiece.

Catwalk
Twenty-five years ago at the height of Supermodel feve, Robert Leacock followed enduring beauty Christy Turlington for the spring/summer 1994 season. From the opening shots of Turlington landing in Milan with still-super Naomi Campbell and a startlingly fresh-faced Kate Moss, you are taken on a rollercoaster ride of fashion theatrics encompassing Jean Paul Gaultier and John Galliano.

Fresh Dressed
This documentary debut by journalist Sacha Jenkins looks at the rise of urban fashion in a time before Virgil Abloh entered the mainstream at Louis Vuitton and Kanye West had models falling over at Yeezy shows. Pharrell, Nas and Andre Leon Talley all give voice to the rise of street culture through Will Smith as The Fresh Prince of Bel Air, graffiti gangs and the legendary Dapper Dan.Street style with a dash of substance.

Funny Face
One of the few fictitious films to make the cut, Funny Face earns its fashion credentials thanks to Fred Astaire as a photographer modelled on the great Richard Avedon who consulted on the film, Kay Thompson inspired by Vogue editor Diana Vreeland and the beautiful Audrey Hepburn. The much-loved film captures the magnificent absurdity of high fashion.

Unzipped
This revered nineties classic follows Isaac Mizrahi searching for inspiration after a critically crucified collection in 1995. Featuring the super set with a particularly brattish Linda Evangelista and Carla Bruni long before she became France’s first lady, Unzipped is a tribute to Mizrahi’s humour and campy references, all colliding creatively in a rapturous finale.

Franca: Chaos and Creation
In the slew of fashion documentaries released in the past decade, this look at the late Vogue Italia editor by her son Francesco Carrozzini flew under the radar. Franca Sozzani’s singular vision, independence and enigmatic humour are captured lovingly in this captivating tribute.

Pret-a-Porter
American director Robert Altman’s star studded cast skewer the big personalities of the fashion industry with this irreverent look at the ready-to-wear show season. Savaged by critics when it was released in 1994, Pret-a-porter is now a nostalgic look at a time before influencers and iPhones. Look out for Julia Roberts, Lauren Bacall, Sophia Loren and Rupert Everett.

Bill Cunningham New York
Before you see the latest Bill Cunningham doco narrated by Sarah Jessica Parker, go back to the moving original directed by Richard Press and featuring an upbeat Anna Wintour, Iris Apfel and model Carmen dell’Orifice. It’s a tribute to one man’s noble dedication recording fashion on the streets of the city that usually never sleeps.

Celebration: Yves Saint Laurent
With a throbbing electronic score, Olivier Meyrou’s harsh look at designer Yves Saint Laurent is a chilling take on the creative toll of a life lived feeding the front row. Saint Laurent’s partner Pierre Berge had silenced the film for many years, unwilling to have the honest stand in the way of any myth-making.