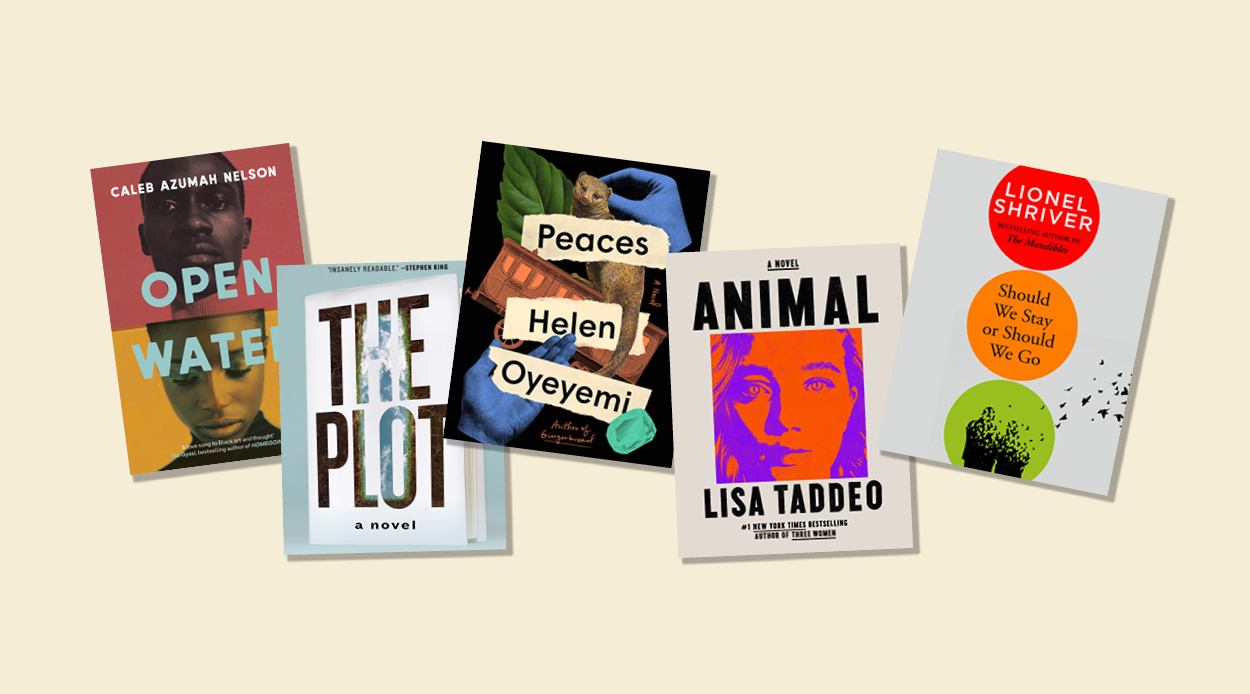 A good book in one hand, a cup of something warm (or strong) in the other — if you were to say there’s no better way to spend a dreary winter day, we’d tend to agree. From electrifying debuts to magical masterpieces, curl up this winter with these compelling reads and let peak happiness ensue.

Open Water by Caleb Azumah Nelson
Centred around two Black artists who fall in love after meeting at a pub in London, this story follows the ups and downs of their relationship as they seek to make their mark on a city that simultaneously embraces and isolates them. Hailed as an exquisite debut, and praised for its poignant insight, tender treatment and soulful intensity, Caleb Azumah Nelson’s tale is as much about a powerful and sometimes painful love story as it is an exploration of race and masculinity and has cemented the author as a force to be reckoned with.

The Plot by Jean Hanff Korelitz
Jacob Finch Bonner is a once-promising novelist who, having fallen short of success, has taken to teaching an MFA programme. But everything changes after an arrogant student boasts about his first novel before suddenly dying, an event that sees Jacob commit to a life-changing lie.

Peaces by Helen Oyeyemi
From this award-winning author comes the magical story of a couple who embark on a sleeper train that they soon discover is no ordinary locomotive. Vivid, inventive and spellbinding, this novel is about what it means to be seen by another person and will keep you enthralled from start to finish.

Animal by Lisa Taddeo
Another notable debut, this book follows the story of a woman who, after a lifetime enduring the cruelty of men, decides to turn the tables. Described as an astonishing masterpiece, this novel offers up a visceral depiction of female rage and is electrifying and gripping in equal measure.

Should We Stay or Should We Go by Lionel Shriver
After watching her father die from Alzheimer’s, Kay Wilkinson and her husband Cyril make a suicide pact, to be carried out when they turn 80. But then, they turn 80. Equally serious and hilarious, Shriver’s narrative combines 12 parallel universes to explore how Kay and Cyril’s future could possibly turn out.