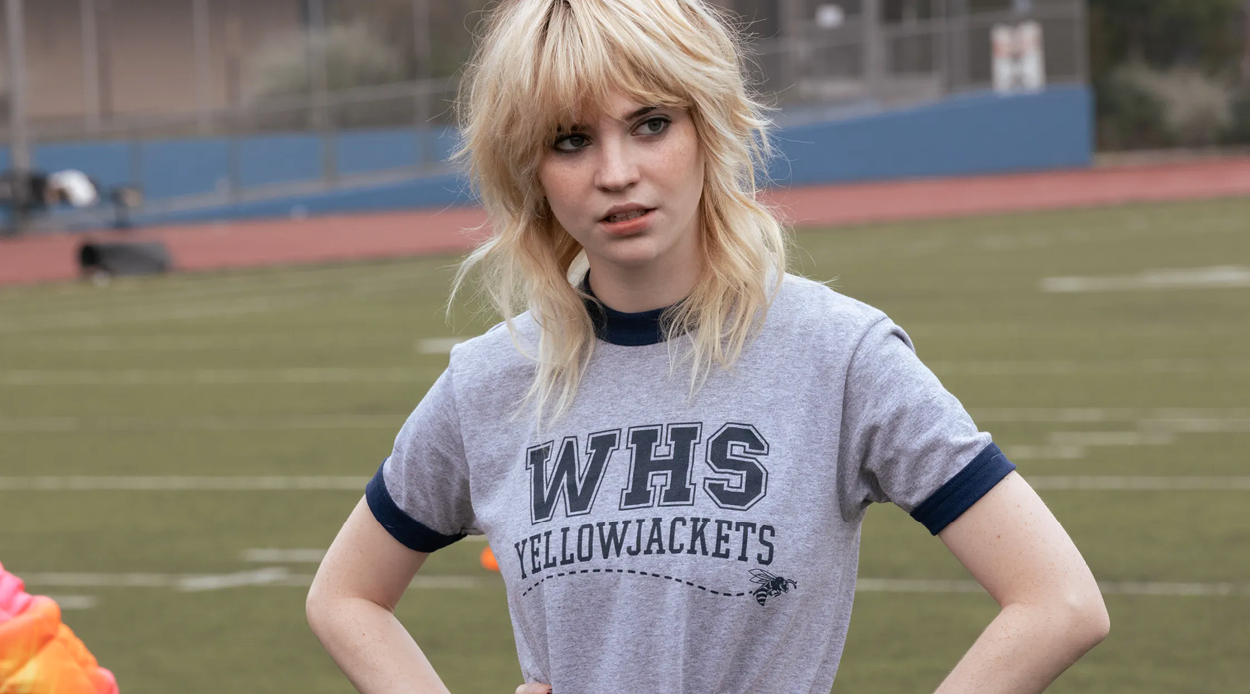 Staying up to date with the cultural churn can be a struggle, given the constant release of new watching material. Whether you’re a sci-fi buff, a fantasy fan or love a salacious, based-on-real-life drama, there’s a show for you to sink some streaming hours into. If you’re after something to watch but can’t for the life of you think what to choose, check whether you’re tapped into the zeitgeist with these recently-released series that garnered a hefty amount of hype.

Yellowjackets
A gripping series that melds a tale of survival and coming-of-age drama, with some psychological horror thrown in for good measure, Yellowjackets follows a high school girls’ soccer team who survive a plane crash, stranding them in the remote northern wilderness. Flicking between the present day (albeit, with no Covid-19) and that fateful time 25 years prior, the series chronicles the often horrifying events that occurred while they fought for their lives in the woods, and the lives they’ve tried to rebuild since. An excellent cast that includes New Zealander Melanie Lynskey, plus Juliette Lewis and Christina Ricci makes this even more of a must-watch. Watch on Neon.

And Just Like That…
There’s no denying we were curious to watch And Just Like That to see how the show’s creators follow up one of the biggest pop culture phenomenons of our generation, and to see if there still seems to be sex in the city. With no more Samantha, or (you must know by now) no Big, And Just Like That follows a new dynamic, where Carrie, Miranda and Charlotte, are joined by several friends new and old to make sense of their new life, from post-pandemic brunching to break-ups and non-binary dating. As you may have seen on social media, there is no shortage of memorable fashion moments in the series, including one croissant coiffed gown, courtesy of Valentino, worn for the final episode in Paris. Watch on Neon.

Inventing Anna
In news that likely excited its real-life character, Inventing Anna follows the trail of the infamous Anna Delvey, who charmed and conned New York’s social scene. While it was inspired by a New York magazine article by Jessica Pressler, who also serves as a producer, it goes much further, delving into previously unnamed characters and chronicling events right up to Delvey’s trial. Overseen by Shonda Rhimes, this is a salacious and high-drama mini-series. Watch on Netflix.

Cowboy Bebop
Next up for a live-action adaption series is Cowboy Bebop. Like the cult-followed anime series, it sees a bounty hunter and his eclectic crew chase outlaws through the cosmos, and run into trouble with an interstellar crime syndicate, over 10 episodes. The jazzy space Western was filmed, in part, in New Zealand. Watch on Netflix.

The Wheel of Time
Game of Thrones fans have finally found the next fantasy series to binge. Based on the popular fantasy books of the same name, The Wheel of Time takes place on a fictional future Earth where magic is real. A band of acquaintances, led by Rosamund Pike’s character Moiraine Damodred, set off in search of the Dragon Reborn, prophesied to either destroy or save humanity. Watch on Amazon Prime.

Inside Job
Imagine a world in which conspiracy theories like ‘The Illuminati’ and ‘Deep State’ are real. In this comedic cartoon for grown-ups, they are — and company Cognito Inc. is in charge of managing them. Tech genius Reagan Ridley leads a somewhat inept team, and much amusement stems from their atypical workplace dynamics. Watch on Netflix.

Midnight Mass
From the creator of the thrillingly beautiful The Haunting of Hill House comes Midnight Mass. this chilling series introduces us to an isolated island community that experiences miraculous events, as well as increasingly troubling omens, after a charismatic yet mysterious young priest moves into the divided town. Watch on Netflix.

Foundation
Before there was Star Wars, there was Foundation — widely regarded as the greatest work of science fiction of all time. The sprawling, award-winning novel trilogy by Isaac Asimov takes place over thousands of years, and creators have tried to turn it into a television series for over 50. Finally on our screens, the series chronicles a band of exiles as they try to save humanity amid the fall of the Galactic Empire. For once, ‘highly-anticipated’ is an understatement. Watch on Apple TV+.