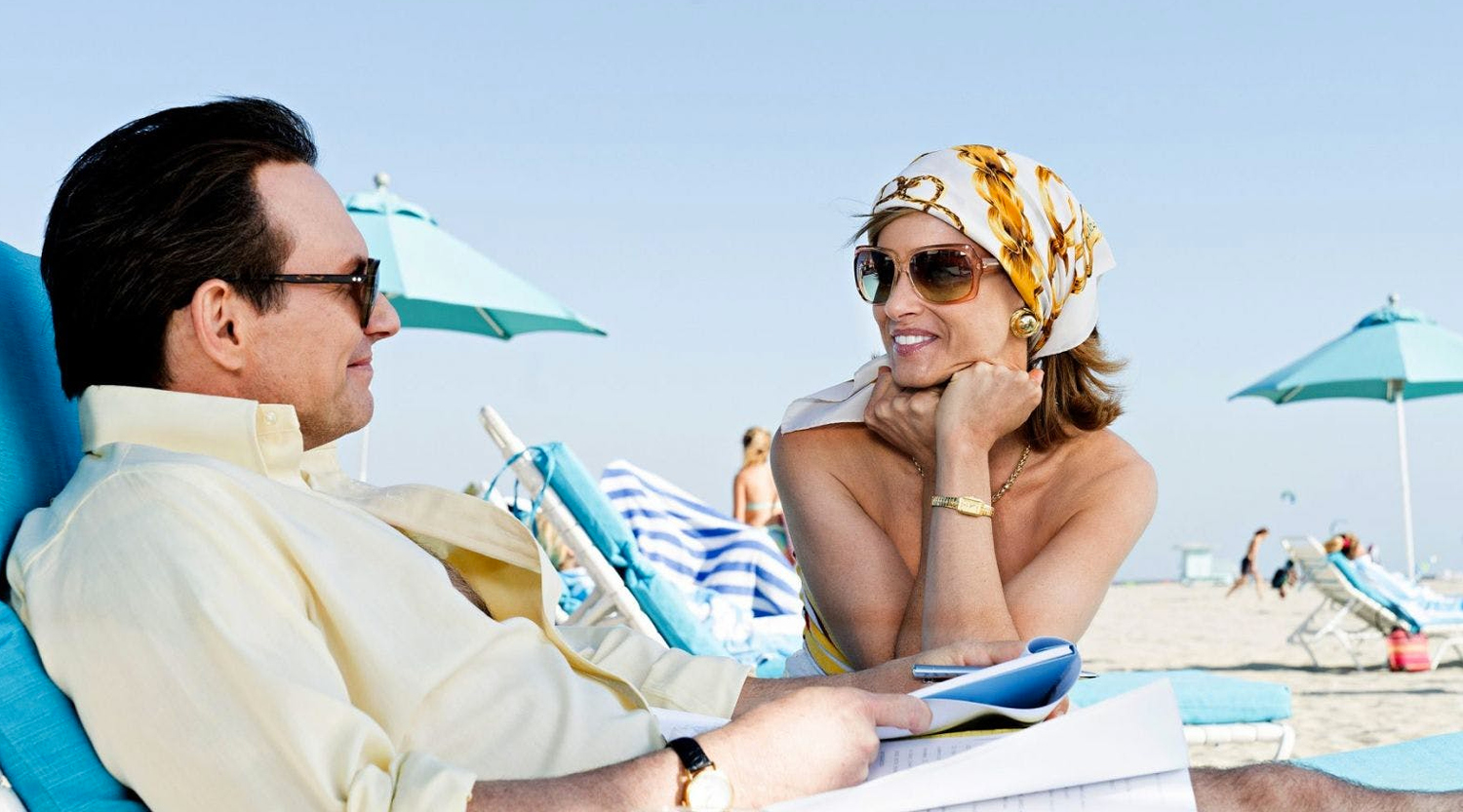 As streaming services offer more excellent content than we’ve ever had access to before, we help you cut through the noise with the latest and greatest. From ground-breaking series to captivating films, these projects are sure to impress.

Lovecraft Country
Based on the novel by Matt Gruff and produced by Get Out‘s Jordan Peele, Lovecraft Country follows Atticus Black as he travels across racially-segregated 1950s America in search of his missing father. Blurring the lines between fantasy and reality, this new HBO series is not to be missed. Watch on Neon

Bad Education
The true story of the largest public school embezzlement in American history, Bad Education is a dark comedy/drama that follows Dr. Frank Tassone (Hugh Jackman) and Pam Glukin (Allison Janney) as they steal millions of dollars from the public school they run, while simultaneously striving to make it the best in the district. Watch on Neon

High Fidelity
This small-screen adaptation of the best-selling novel by Nick Hornby revisits the tale of Rob, a record store owner who decides to reach back into his relationship archive to determine what exactly what went wrong with his most recent romance. This adaptation sees Zoe Kravitz play Rob, one of many refreshing updates to this well-known and well-loved story. Watch on Neon

The Way Back
Ben Affleck plays an ex-high-school basketball star who, after walking away from his future, finds himself stuck on a meaningless path. A story of loss and resurrection without leaning on cliché, the protagonist is given a shot at redemption when he becomes the basketball coach at his alma mater. Watch on Apple TV

The Therapist
This Viceland series sees Dr Siri Sat Nam Sing sit down with some of music’s best-known rappers, pop artists and rockstars to dig deeper into their public personas and see what really lies beneath the surface. Watch on Neon

Dollface
Whimsical and extremely watchable, Dollface is a new comedy series which charts the journey of newly-single Jules (Kat Dennings), who must seek to rekindle her friendships after being consumed by coupledom for half a decade. Watch on Neon

The Great
Hilariously irreverent and very loosely based on fact, The Great centres around Catherine The Great (Elle Fanning), and her fraught journey to power. Set in the Russian court of stroppy Emperor Peter (Nicholas Hoult), Catherine must find her own path through rampant promiscuity, violent outbursts and cautious conspiracy. Watch on Neon

I May Destroy You
Told through the eyes of Arabella, a young woman who has her drink spiked on a night out, this new British comedy-drama (written by and starring Michaela Coel) is making waves for its honest portrayal of sexual assault and its aftermath. Watch on Neon

Stateless
Inspired by true events, Stateless is the gripping tale of four strangers whose lives intersect at an Australian immigration detention centre. Co-created by Oscar winner Cate Blanchett (more on her later), this six-episode series is being hailed as one of the year’s best. Watch on Netflix

Unorthodox
Growing up in Brooklyn’s ultra-orthodox Jewish community, Esty feels there is something more in store for her, as she escapes her religion and husband, to start a new life. Offering a fascinating look at the customs of a religion that is typically very private, but told in a way that never errs into sensationalism, this moving miniseries will stay with you long after its final scene. Watch on Netflix

Mrs America
Centred around second-wave feminism at the time of the Equal Rights Amendment, this miniseries focuses on Phylis Schlafly — conservative darling of the right — and her attempts to thwart the amendment’s passing into law. Told through the eyes of women from the era (on both sides of the aisle) and anchored by a masterful Cate Blanchett in the leading role, this show offers a fascinating look into history. Watch on Neon

Misbehaviour
Starring Keira Knightly, Gugu Mbatha-Raw and Jessie Buckley, Misbehaviour tells the story of the women who hatched a plan to hijack the 1970 Miss World competition — the year that saw the first Black competitor crowned. In cinemas 22nd October

The Platform
Fair warning, this Spanish sci-fi/horror film is not for the faint of heart. Like this year’s Best Picture-winning Parasite, the film takes an unconventional approach to examining the separation of wealth, class and its impact on society. Watch on Netflix