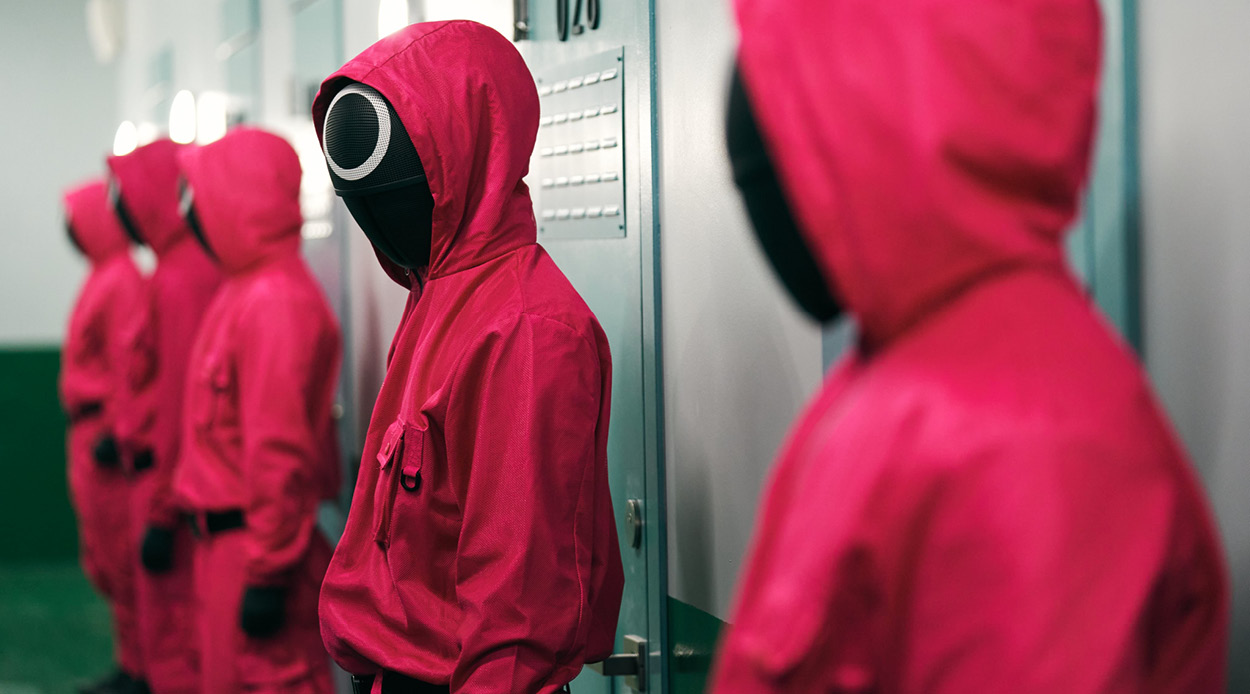 Inclement spring evenings (and ongoing lockdowns for some of us) call for compelling watching material. Currently, there are some brand-new shows, and much-awaited returning seasons, that are taking centre stage within the cultural zeitgeist. Make sure you’re in the loop, by streaming the best shows everyone’s talking about right now.

Squid Game
Having launched on Netflix two weeks ago, Squid Game has swiftly taken the world by storm and is on track to becoming the most-watched series on the platform, ever (even trumping Bridgerton). The South Korean series is brutal and addictive, following 456 people who are miserably drowning in debt, who get the chance to compete on a ‘game show’ where they have to play nostalgic children’s games to win a huge amount of money. There’s a twist, though, which is that every single player will be killed in their hunt for the prize — except the winner. While the general premise is not exactly new (Japan’s Battle Royale walked so The Hunger Games could run, so Squid Game could… swim?) the terrific performances, excellent art direction and talent of respected filmmaker Hwang Dong-hyuk make this a much-watch. Watch on Netflix.

Scenes From a Marriage
Oscar Isaac and Jessica Chastain give two of the best performances of their career in this intimate and devastating portrayal of a marriage falling apart at the seams. The limited series is based on famed Swedish filmmaker Ingar Bergmann’s 1973 series of the same name, and has audiences across the globe captivated as the nuances of a contemporary American couple navigating life together are laid bare. Watch on Neon.

Clickbait
A thoroughly modern thriller; Clickbait follows the Brewer family as husband and father Nick Brewer, beloved by those around him, is kidnapped. Videos of Brewer start to appear online, being held hostage, and as they go viral his family is forced to reconsider who they think he is. Full of jaw-dropping twists and turns, Clickbait explores the widening divide between real life and online personas, asking whether we truly know those closest to us. Watch on Netflix.

Hit & Run
Intrigue, secrets and lies form a tangled web in this gripping, geopolitical espionage thriller. A man finds himself caught in a crossfire of death and deception after his wife is killed in a mysterious hit and run incident in Tel Aviv. He travels to the U.S, which is where the killers have fled, to find out who did it and why, only to start uncovering far more than he knew before about his wife and their life. Watch on Netflix.

The Morning Show — Season 2
Jennifer Aniston and Reese Witherspoon are back in their respective roles as news anchors Alex and Bradley, dealing with the fallout of season one’s #MeToo-centric drama. This time, we are reintroduced to the duo on New Year’s Eve, 2019. Bradley is still on the news while Alex has left the network and is holed up in a cabin in Maine, writing her memoir. Everyone’s feeling optimistic, excited for the new year, but then someone sneezes and stories about a new, very contagious respiratory virus start to surface… Watch on Apple TV+.

Sex Education — Season 3
The beloved British dramedy is back, and we are once again immersed in the world of Otis Milburn and his fellow students at Moordale Secondary School. This time, a new headteacher has arrived (played against type by Jemima Kirke) and she’s there to salvage the school’s reputation after it has, supposedly, become a little too liberal. Just as charming as its predecessors, season 3 of Sex Education will have you giggling even as you ponder the thought-provoking issues it deftly raises. Watch on Netflix.

What We Do In The Shadows — Season 3
Based on Jermaine Clement and Taika Waititi’s eponymous film, What We Do in the Shadows follows four dysfunctional vampiric flatmates — this time on Staten Island — in a mockumentary style. The third instalment sees their familiar realise his destiny as a Van Helsing descendant, while remaining loyal to his unabashed, undead masters. Watch on Neon.