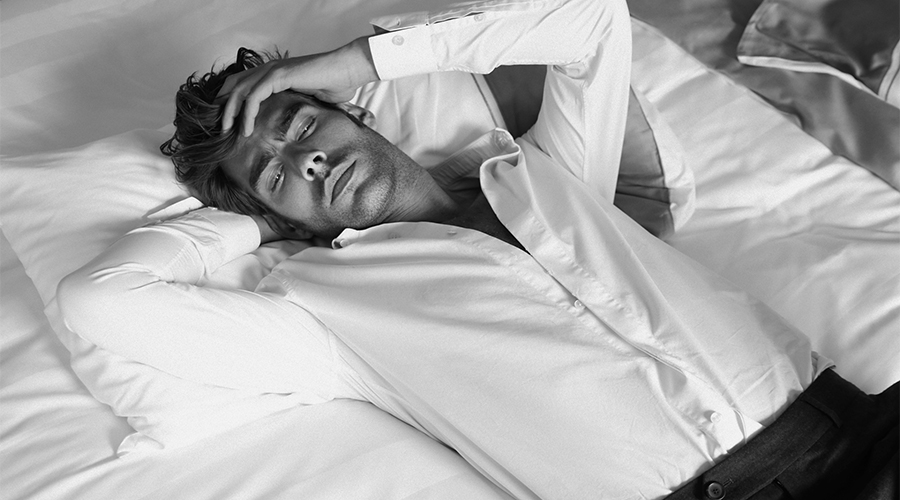 Approximately one in four New Zealanders will suffer from an anxiety disorder at some stage in their lives and, at any given time, 15 percent of the population will be affected. It’s not an entirely shocking statistic, we’re living in an age of anxiety mutations, with the 21st Century playing host to social media overload, economic anxiety, neuroexistentialism, political anxiety, and even FOMO. In response, the booming anxiety economy has innovated gimmicky devices, like fidget spinners and white noise machines, that are very much like putting a bandaid on an open wound. Even the big pharmaceutical companies who, while on the surface seem to be improving the situation, are actually adding fuel to the fire by prescribing medications that have a high potential for abuse. But not all is lost, for there is a glimmer of hope on the horizon and it comes in the form of a very modernistic antidote: CBD.

CBD, the non-psychoactive cannabinoid found in cannabis plants, is currently the last word in health and wellness. A vast amount of anecdotal evidence shows that it aids those who suffer with anything from insomnia to chronic pain, but it’s the profound effects on those with anxiety that have seen it truly championed as a modern-day panacea. In fact, according to a 2018 cross-sectional study of users, anxiety ranked as one of the top three reasons for consuming CBD — alongside pain and depression.

The known connection between CBD and anxiety isn’t yet concrete — but there are a few theories. The common hypothesis is that CBD combats the negative impacts of our fight or flight response — our body’s natural alarm system that informs us when danger is present. This response is advantageous, there is a good chance the human race wouldn’t have survived if we didn’t have anxiety, but today we are rarely subject to the caveman dangers of being eaten by bears or trampled by mammoths. So, instead our fight or flight response is triggered during everyday stressful situations, those that we have to return to again and again like job interviews or first dates.

The theory explains that the CBD combats this response by activating the adenosine receptors in our body’s endocannabinoid system, the area which regulates how our body responds to stress. Thus, effectively allowing our bodies to then manage the stress without it overwhelming us. CBD is also said to help the body process serotonin, aka the ‘happiness hormone.’ The reason behind this is thought to be similar to that of serotonin reuptake inhibitors, which is the most commonly prescribed class of anxiety medications, like Prozac and Zoloft. This particular class of medication targets a serotonin receptor called 5-HT1A to boost the mood by boosting the availability of happy hormones in the brain.

It takes a significant amount of research to truly prove any scientific premise, and thanks to cost and legal complications surrounding CBD, such scientific research is still very much in its preliminary stages. There are, however, a number of promising studies that are encouraging more movement in the area. Dr Polston, Chief Science Officer at New Zealand’s largest licensed cannabis company, Helius Therapeutics, attests to the number of studies over the years that have been an indication of CBD’s beneficial effects on anxiety disorders. He explains how, in a 2011 study, patients with a social anxiety disorder were given either oral CBD or a placebo before a public speaking test. “Those patients who had taken CBD reported significantly less anxiety, were able to think more clearly and perform better during speech, compared to those who had taken the placebo.” In fact, he tells me, the anxious patients who took CBD reported being no more anxious or impaired than the healthy control group participants. This indicated CBD’s ability to ‘normalise’ stress and anxiety to far more manageable levels.

More recently, a study that was published in the journal Cannabis and Cannabinoid Research in October, further suggests that patients who take strong anxiety medication — like Valium, Xanax and other benzodiazepines — can find relief through CBD instead, even for those with greater conditions like PTSD. It’s this that’s the biggest takeaway of all, CBD isn’t merely offering a cure for a growing disorder, but it’s offering a far safer alternative to the tranquillisers and serotonin boosters being dished out currently. Along with the commonly known sedation issues, benzodiazepines’ have a rapid tolerance by the body, which often results in dependence and debilitating withdrawal. They’ve even been associated with both acute long-term cognitive and neural deficits, so much so that benzodiazepine use is being considered as a major underlying cause of dementia and Alzheimer’s disease.

Dr Polston explains that, given these issues, clinicians may wish to consider CBD as the first line of defence, “especially for patients with certain underlying issues or conditions.” The cannabis compound raises no concerns around safety, there have been no cases of toxicity or overdose and there is no evidence that has emerged that CBD is addictive or habit-forming, regardless of the method of ingestion or reason for using. “The CBD molecule does not have the same psychoactive properties as THC,” Dr Polston affirms, “and it doesn’t interact with areas of the brain associated with addiction — brain areas where anxiety medications like benzodiazepines produce their effect.”

Much of the research that has been carried out has used oral doses of CBD, but Dr Polston believes that there are other methods that could be far more beneficial. “Oral doses have a longer period of onset,” he explains, and so “if you are in an acute anxiety state, an oral dose may take longer to alleviate symptoms and may not provide instant assistance.” As such, vaping cannabis may provide more immediate relief, “due to the rapid onset and ability to titrate dose.”

It all sounds very promising, and with Helius Therapeutics already committed to developing CBD-based anxiety treatments in New Zealand, we can only sit back and wait to see what changes take place. Suffice to say, a world devoid of harmful medications, anxiety disorders and fidget spinners is a world worth striving for.

What’s the deal with medical cannabis? We chat with the co-founder of Helius

Beauty buffs, these new and noteworthy beauty products and services belong on your radar