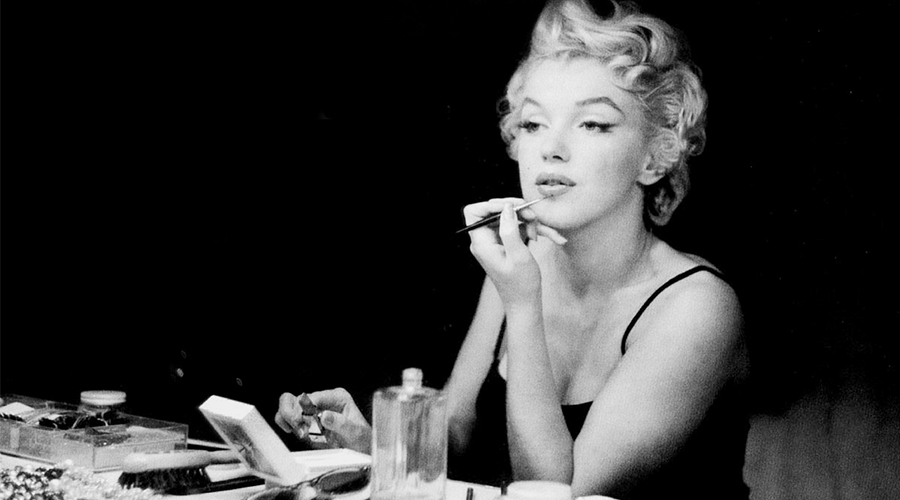 Serving as a metaphysical calling card, something that becomes so inextricably linked to the person who ‘owns it’ that it grows impossible to imagine it emanating from anything or anyone else, a signature scent can evoke memories of people, place and time. Like many things in modern day society, however, we don’t find ourselves happy with the idea of settling down. The exponential growth of consumerism and our fleeting relationships with almost everything new has led to a collective promiscuity with fragrance. We frolick in summer romances with the zesty tones of citrus fruits, we wrap up in the warming earthy tones of sandalwood and cardamom during winter’s wrath and we dabble in sensuous notes of vanilla and tuberose come sundown.

Perhaps a commitment to a single perfume is something we would do well to rediscover. All it takes is a flick back through the pages of yesteryear to find some inspiration. Marilyn Monroe, for example, is renowned for her tumultuous love affairs, but her affiliation with all things Chanel Nº5 is something that remained steadfast. In 1952, Monroe revealed to a journalist that the ylang-ylang and bergamot scent was the only thing that came between her and the sheets each night — it wasn’t long before the scent became synonymous with the 50s siren. From presidents and the monarchy to actresses and even the odd fictional character, we’ve compiled a list of history’s most iconic individuals who were so besotted with their signature fragrance that it almost became a part of their identity.

Stevie Nicks: Illuminum Black Gardenia
Say, women, they will come and they will go, but Nicks’ relationship with the beguiling, sweetness of Illuminum Haute Perfume in Black Gardenia is something that remains steadfast.

James Bond: Eucris by Geo F. Trumper
The fictitious agent was known to indulge in the earthy and peppery notes of Geo F. Trumper’s Eucris just as much as he was a well-shaken martini.

Audrey Hepburn: L’Interdit by Givenchy
Givenchy’s floral fragrance was created especially for Hepburn and later sold to the mass public in the 60s, despite Hepburn’s request for it never to be released.

Brigitte Bardot: Guerlain Jicky
Despite the fragrance’s harsher notes, the unisex Jicky by Guerlain became a fast favourite amongst countless women thanks to its public championing by actress and model Brigitte Bardot.

John F. Kennedy: Eight & Bob
After receiving a sample of Albert Fouquet’s unnamed fragrance, JFK loved it so much he asked for another eight for him and his friends, plus another for his friend Bob.

Have you tried an LED mask yet? Here’s why these techy treatments are the skincare solution of the future

Craving something fresh? From sushi and sashimi to

A feast for the eyes as well as the stomach, @meli