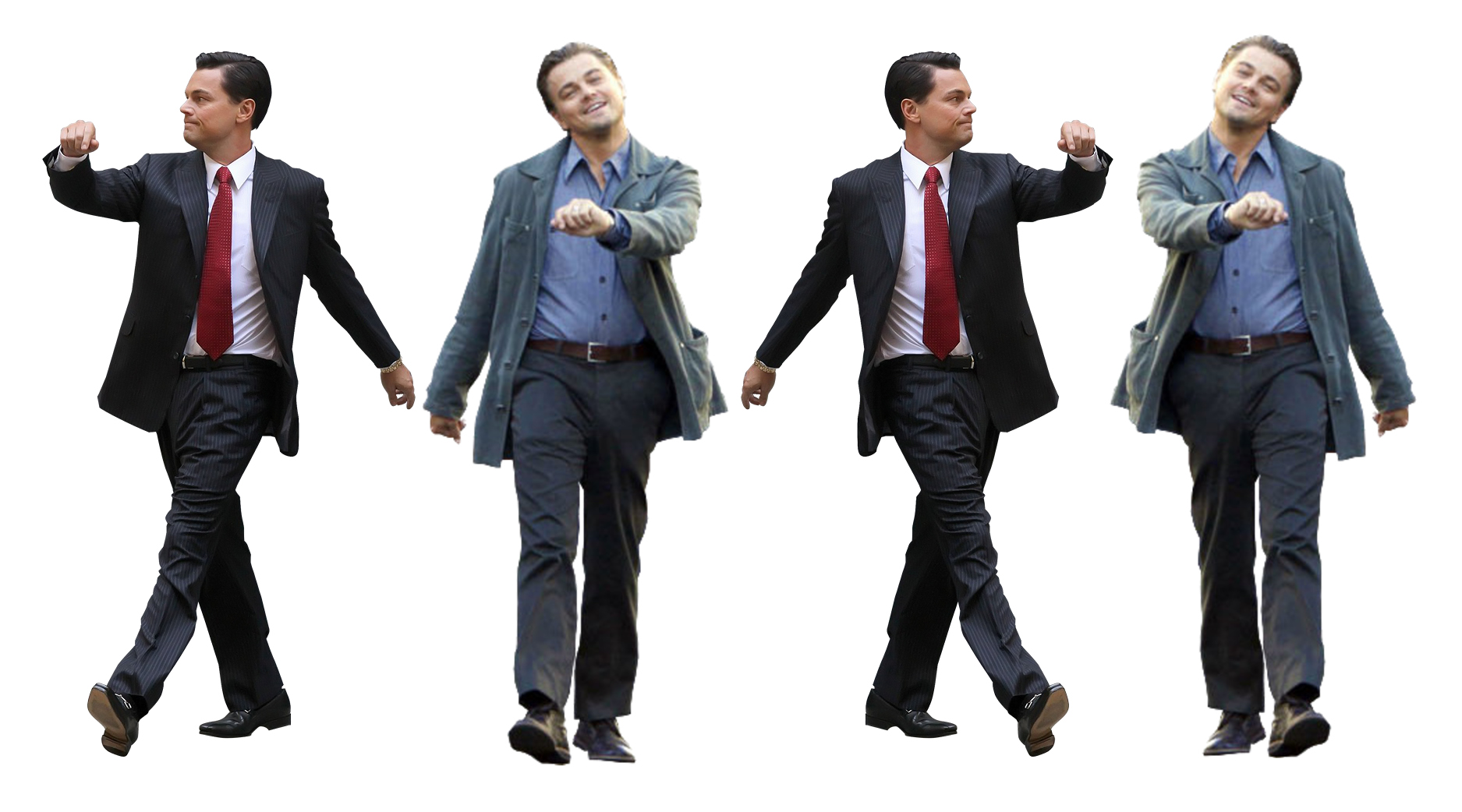 Exercising is something in which, generally speaking, I do not like to take part. Whether it’s cardio or strength training, I don’t find enjoyment in breaking a sweat or having a body that aches in pain the morning after a workout. That said, I do think that living a healthy lifestyle is important, and that seems to go hand in hand with regular exercise. So, I started searching for a sport that was easy and pain-free, and one that I could actually stick with (unlike my short-lived jogging phase which lasted a fortnight). But after much deliberation, I finally decided to take on the most effortless sport of all, walking.

In order for walking to be considered an exercise stringent enough that I wouldn’t have to do another HIIT workout again, I set myself a goal of 20,000 steps a day (a number I landed on based on recommendations from the Internet). This didn’t concern me too much, considering that walking took up most of my daily commute. But the Health app on my phone, which had a pedometer that listed the average daily step count for a person as around 7,000, didn’t seem as confident in my mission. It quickly became clear that in order to make this work, I would have to walk almost quadruple the amount I usually would, and although I was ready for the challenge, it actually proved much harder work than I ever anticipated. Did I stick to it? Yes. Did it change me? Definitely. Would I recommend it? I can’t speak for everyone, but if you’re thinking about taking up the 20,000-steps-a-day mantle, I would recommend that you first read this.

It was time-consuming
From the very first day, time was the biggest issue. Finding the time to walk over 15km a day while working a desk job from 9am until 6pm meant that early mornings were inevitable. My plan was to walk at least 10,000 steps before arriving at the office and spend my hour lunch break walking laps around the park. I worked out that every 10 minutes would equate to approximately 1000 steps, so in an ideal world, I would have had at least 15,000 steps tucked under my belt by midday. However, the reality was that waking up at 6:30am to squeeze in a two-hour stroll while having enough time to make myself look presentable was simply not realistic. Sleep-ins were bound to happen, which meant that to make up for lost time, I would aimlessly trot around the CBD after work (sometimes for up to 2 hours) like a weird and lonely wanderer. But I was determined to make this work.

Strategy was key
After a couple of days of walking until almost midnight to squeeze in my 20,000 steps, I decided I needed a new strategy. I would take every moment as an opportunity and walk whenever I could, rather than try to get the steps done in large chunks. If I had to wait a few minutes for the bus, I’d walk up and down the stop. I would order a coffee and use the five-minute wait for an extra 500 steps and when I would catch up with friends would always suggest a stroll over sitting in a cafe. You learn very quickly that, although they may feel insignificant, these small incremental changes make all the difference.

My umbrella became my best friend
Before this personal project, I barely ever carried around an umbrella. It was something my mother would have to remind me to take before I left in the mornings. However, once I understood that an umbrella would become my closest companion, I splashed out on a particularly sturdy one that cost over $90 — and before you start criticising me for my spending habits, the amount of money I saved on Ubers made it well worth the price. No amount of rain was going to stop me from hitting my goal.

No pain, no gain
I began to genuinely look at walking as a workout when my legs and feet would ache after a few consecutive days of walking over 15km. Granted, it wasn’t as bad as the pain I felt following my long distance runs, but there was still some tension in the muscles. Not enough to complain about, mind you, but enough to make me feel like I was an active person. I finally understood the satisfaction my friends found from being sore after their gym sessions.

One of the biggest challenges was loneliness
Despite travel being a major obstacle, it was still doable. An early morning flight, for instance, meant that I had to get out of bed even earlier in order to fit in as many steps as possible before boarding the plane. The most significant challenge, surprisingly, was boredom and loneliness. Sure, I listened to music and podcasts during my walks, but I could only do that for so long without becoming painfully aware that I was strolling aimlessly, without any clear destination. These were many moments when I would question what I was doing and why. And you’d be surprised at how uninterested people were in my walking habits. My numerous invitations for others to join came up against a fair amount of rejection, which meant that walking alone for hours on end was something I had to get used to.

Keeping this project a secret was extra labour
I refused to be one of those people who starts one exercise or diet and announces it to the entire world. Firstly, that just holds you accountable and makes it more embarrassing when you fail to stick with it. But most importantly, I honestly just looked really lame. There are people out there that have goals to make a difference in this world whereas my goal was to stomp my feet 20,000 times. This led to me having to make evening plans as late as possible, so I could arrive with my 20,000 done and dusted. The one time I went on a date and told them that we needed to wrap it up before midnight as I had 3,500 more steps to go, I received an eyebrow raise and a second date is yet to happen.

No time for hangovers
On a night out, it was not unusual for me to go well over 30,000 steps, sometimes even 40,000. Clearly, I go hard and have no regrets shredding the dance floor until the next morning when I wake up, broken. What I usually would have done was stay home and feel sorry myself or the entire day, but the steps needed to be stepped. As I was not about the cheating life, even if my step count was over 10,000 from my post-midnight dancing, I wouldn’t consider those into my days worth of steps. I would start completely new which would force me to go out, get some fresh air and there was not one day where I wished that I would have stayed home instead.

I ate more but I lost weight
This was a factor that especially intrigued me. All the extra walking made my appetite bigger than ever and my energy levels were consistent and levelled. I was always moving, hence I was always hungry and therefore, I was always eating. In addition to that, the food I was consuming was by no means ‘healthy’ — unless you put fries, chips, doughnuts, caramel slices and Reuben sandwiches in that category. Interestingly enough, after a month of consistently hitting my goal of 20,000 steps, never missing a day, not only did I maintain my weight, but I lost almost 4 kgs. Other variables might have come into play such as stress, but in all honesty, I was having a pretty carefree month and not once did I have to concern myself with the nutritional content of my food.

Would I do it again?
I cannot state categorically that walking 20,000 steps a day will allow you to eat whatever you want and still lose weight because I’m not a trained fitness or health practitioner. It’s not my area of expertise. I’m merely sharing my own experience and what I can say, is that mentally and physically, I have never felt better. The long walks alone cleared my mind and made my body feel lighter and more active. Most importantly, I became extremely productive and my time management skills improved immensely. I became a morning person as well as a night owl and my days felt longer which made me feel as though I was capable of achieving more. I wouldn’t ‘do it again’ as actually, I have never stopped. I started this project on 5th June 2018 and have managed to meet my 20,000-steps-a-day goal every day since. It was one of the best life decisions I ever made and I don’t plan on stopping any time soon.

My new year’s resolution was to sign up for dance class, so I did — with mixed results

Can CBD help with stress and anxiety? Dr James Polston of Helius Therapeutics tells us more