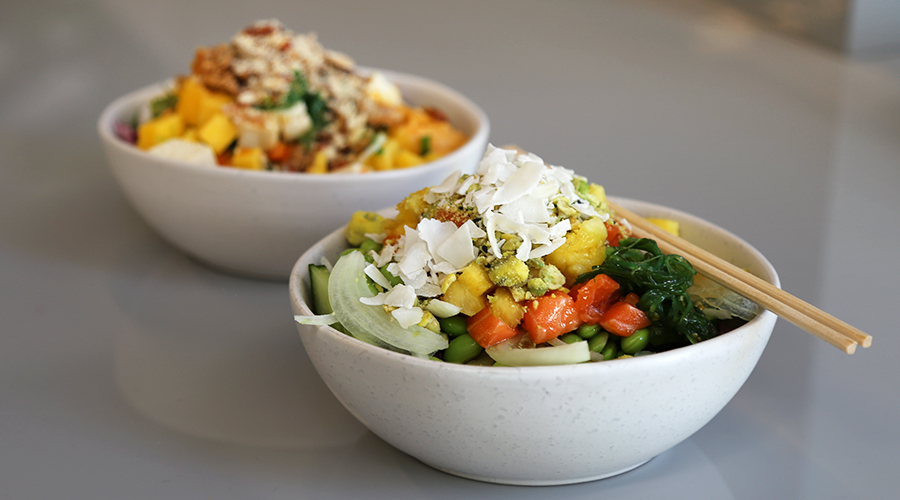 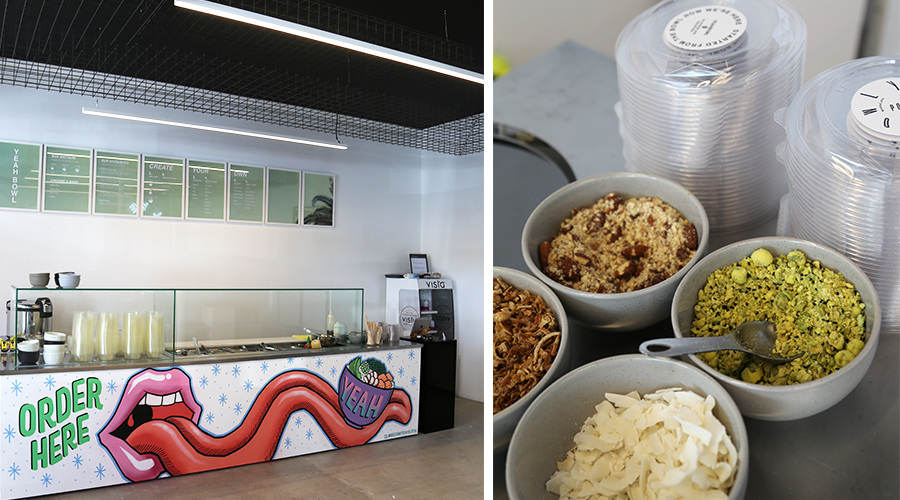 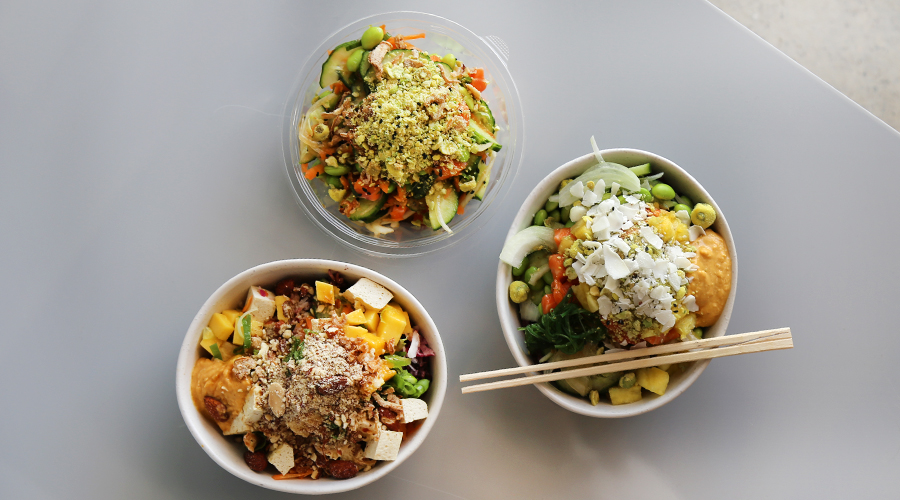 It’s the fuss-free food trend that has been immortalised in Los Angeles thanks to its fresh and healthy ingredients, which is exactly why Phil Cui knew it would do so well on our shores. Renowned for his food truck Project Paco, it was on a recent trip to the City of Angels that he decided to set up a more permanent, albeit completely different, establishment back here. Serving poké, Yeah Bowl is putting an innovative spin on the traditional Hawaiian delicacy.

Setting up shop on Byron Ave in Takapuna, the interior is sleek and spacious but it’s the design features that do the talking. Your eyes are directly drawn to the counter, which is decorated with a pretty epic mural by Marcus Watson, while greenery and a custom light installation covers a significant portion of one wall, paying homage to the vibrant LA vibes. Making the most of said space, the seating comes in the form of custom-made ‘bleachers’ that stack up against the wall. The lower level is emblazoned with the words ‘started from the bowl now we’re here’, in a play on the infamous lyrics by Drake. Basically, Yeah Bowl is the coolest place to pick up some poké.

Ordering has been made super simple; you choose a size, a base (salad or white, brown or black rice), then you have the option to order from one of their favourites such as the Salmon Supreme, served with cucumber, edamame, seasoned seaweed, pineapple, ‘yeah’ sauce, wasabi crunch and tobiko. Or, you can get creative and make your own. What makes this poké bar standout is its toppings; there are crispy shallots and coconut chips to pumpkin seeds and wasabi peas — a bonus for people who have an affinity for a bit of extra crunch.

We happened to visit on one of Auckland’s finer mornings. The sun was streaming through the windows, the smell of fresh ingredients and marinading poké were emanating from the counter, music was playing, indoor plants were swaying. For a brief moment, we were on Venice Beach. Which can rightly be assumed to be the exact vibe Yeah Bowl is going for.