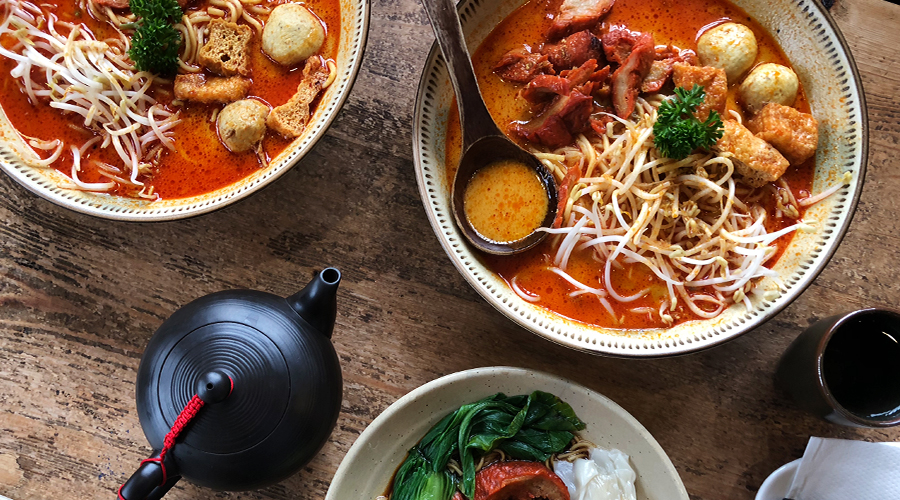 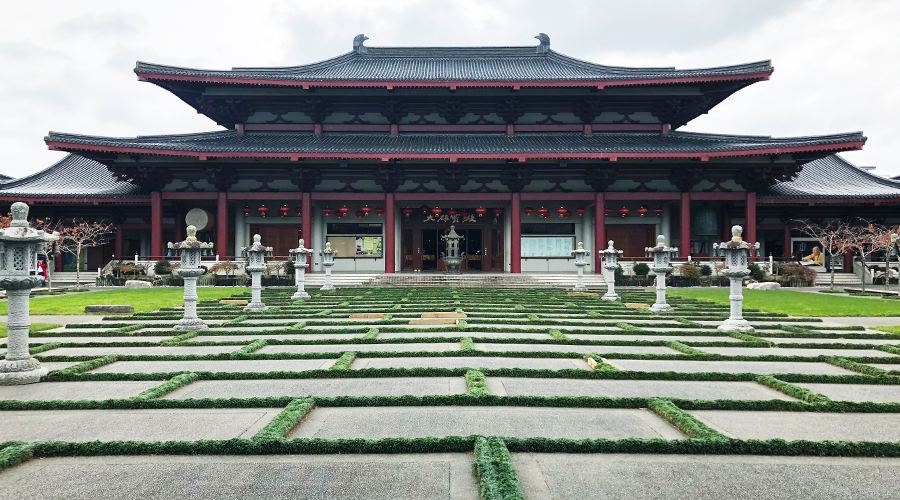 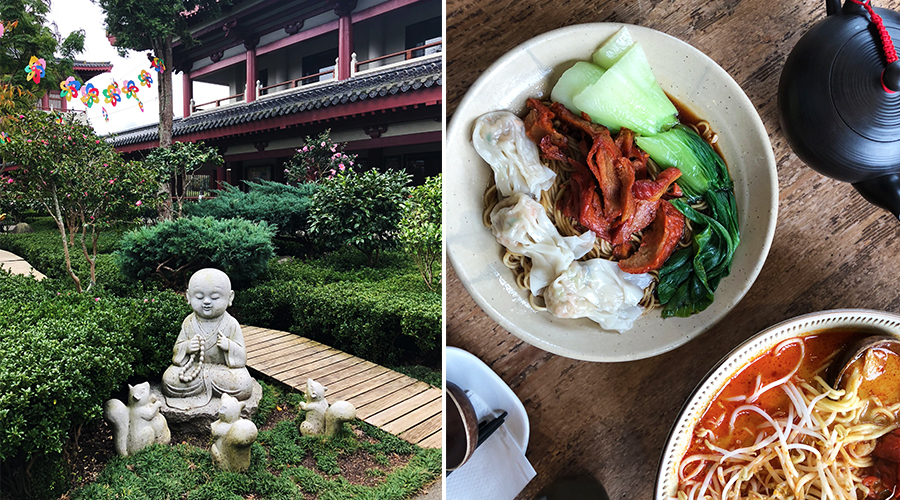 I’d discovered Water Drop Vegetarian Cafe on Instagram some time ago and had been biding my time to try it ever since; to embark on a half-hour drive into the heart of Flat Bush’s commercial monotony, it was going to have to be a special kind of day. Albeit one that promised delicious looking laksa and a menagerie of noodle-based Asian dishes.

So it was on a recent Saturday, under relentless grey cloud cover, that a few friends and I made the pilgrimage to the impressive Fo Guang Shan Buddhist Temple, a destination where you’d sooner expect to find spiritual enlightenment than that of the culinary kind. (I had Googled it to clarify my own limited knowledge; to be Buddhist is not to be vegetarian, yet the two aren’t mutually exclusive either. So long as you are not directly responsible for an animal’s death, the rules are fairly accommodating.) Not knowing what to expect, we pulled into the gargantuan temple’s carpark, awestricken by the sheer scale of the facility. As you climb the stairs and enter into the incense-laden foyer, access to Water Drop cafe is via an inconspicuous door to your left, though you’ll likely want to stroll around the gardens beforehand.

Inside, through the gift shop area, lies a casual cafe setting, bustling with most of the large wooden tables occupied by a touristic melange of punters. Having taken a few of the durasealed menus to look over, we decided on several servings of laksa, siu mai, clear noodle soup and a BBQ wonton noodle dish, which came out, hot and steaming, only a few minutes later. There was plenty of tofu involved, served in typical fried form as well as a compound variety that was an uncanny beef imposter. Aside from the mushroom balls that were a more of an acquired taste, all the broths and sauces were as satisfying as expected from a cheap and cheerful pitstop, simultaneously ticking the boxes for a warming mid-winter lunch.

Stopping short of the European desserts that haphazardly filled the cabinet by the counter, we were, however, tempted to invest in a statue of Buddha on the way out. To visit the temple/Water Drop cafe is an experience in championing vegetarianism as the way forward and I challenge you to find a more unique setting in Auckland.

Vegetarian voracity — these are our favourite meat-free dishes at Britomart