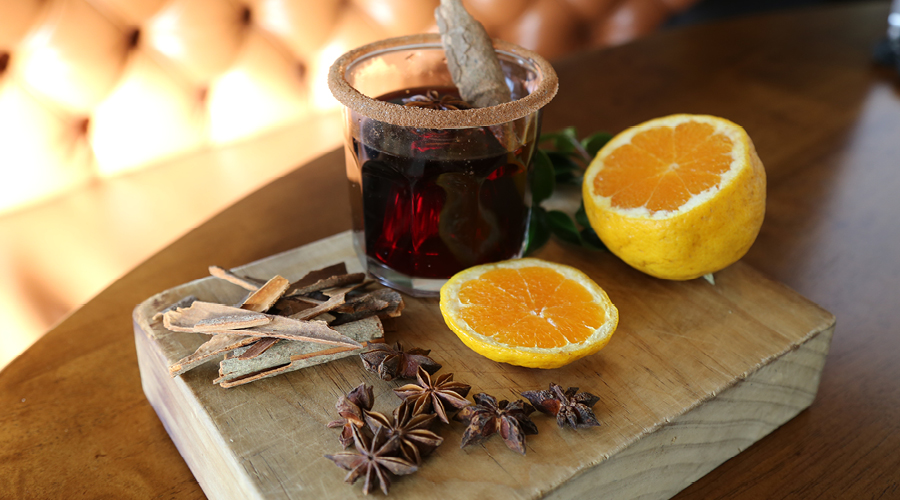 Nothing brings to life a winter evening quite like a warming, spirit-infused brew. Whether a classic hot toddy or a traditional mulled wine, these boozy pick me up’s from around the city serve as the ultimate way to defrost this season.

Mulled Wine and Hot Toddy at Mission Bay Pavilion
Hitting us with a double whammy, Mission Bay Pavilion is proving its worth as an inviting winter spot. Offering mulled wine made with Merlot, candied orange and spices that will transport you to the slopes, and a hot toddy comprising Jameson whisky, spiced apple and maple, things are really heating up at this beachside eatery.

Untold Hot Toddy at Grangers
The harbourside gastropub drawing us to Half Moon Bay is offering its own take on the beloved Hot Toddy. Combining cinnamon, honey and lemon with Untold spiced rum, this warming libation with thaw your winter woes.

Mulled Cider at Chapel Bar and Bistro
Taking the idea of mulled wine and giving it the Chapel treatment, everyone’s favourite corner spot is positing mulled cider as the warming beverage we need this season. Made with all the usual trappings of a mulled wine, but with cider, it makes sitting in those coveted outside spots that much better.

Classic Hot Toddy at Annabel’s
This charming little haunt has a cosy atmosphere like no other, and their special winter libation only adds to its appeal. Sticking to the ‘if it ain’t broke don’t fix it’ ethos, the Hot Toddy mixes hot water, whiskey, a squeeze of lemon and a dash of soothing honey before being elevated from the classic via an elegant star anise garnish.

Hot Buttered Rum at Parasol & Swing
Serving up a winter elixir that will remedy even the heartiest case of SAD, Parasol & Swing’s hot buttered rum — an intertwining of various rums with a dash of bitter orange liquor, a range of warming spices, hot water and melting butter — is the king of comfort.

Chilli Hot Toddy at Barulho
The ultimate winter warming beverage, Baruhlo’s take on the classic Hot Toddy sees whiskey mixed with ginger and a hint of hot chilli to create a comforting tipple that will warm you right to the bone.

Spiced Hot Toddy at Pineapple on Parnell
An exquisite bar with more than an air of fantastical opulence, this elegant speakeasy tucked away on Parnell Road serves up a spiced twist on the Hot Toddy that’s as intriguing as its surroundings. Spiced apple vodka, gingerbread liqueur, sweet vanilla Syrup, zesty Grand Marnier orange liquor and a dash of lemon juice combine to create the perfect warming nightcap.

Mulled wine at Prego
A hearty Italian Montepulciano red wine intertwines with traditional spices, a hint of cinnamon and a punch of citrus to create Prego’s take on mulled wine, the beloved warming beverage synonymous with winters chill.

The Bishop at Deadshot
Mulled wine but not as you know it, Ponsonby Road’s Deadshot adds a sinful kick to a tried and tested winter brew, and we’re all for it. The Bishop sees red wine paired with an added dose of Jamaican rum before being mixed with lime sugar and spicy hints of nutmeg and cinnamon.

Bad to the bone

Introducing you to the drink of summer: Lewis Road Orchard Premium Apple Cider

Eden by Perrier-Jouët: Tickets are limited to this immersive Champagne pop-up