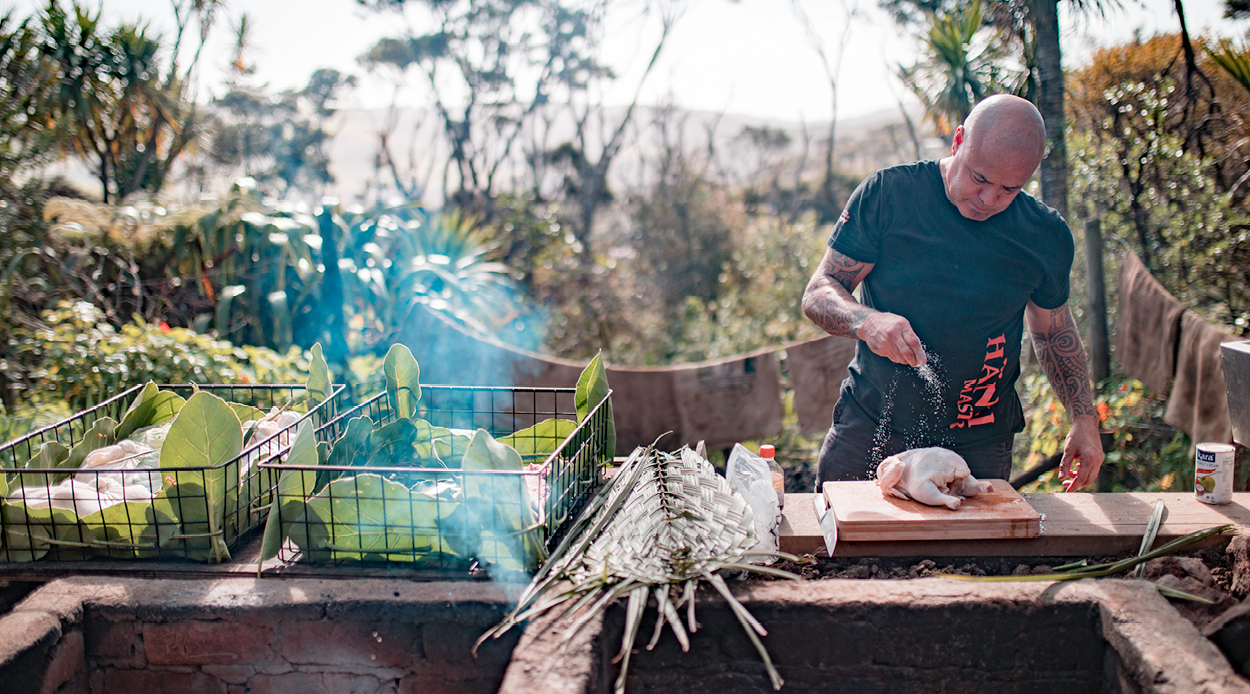 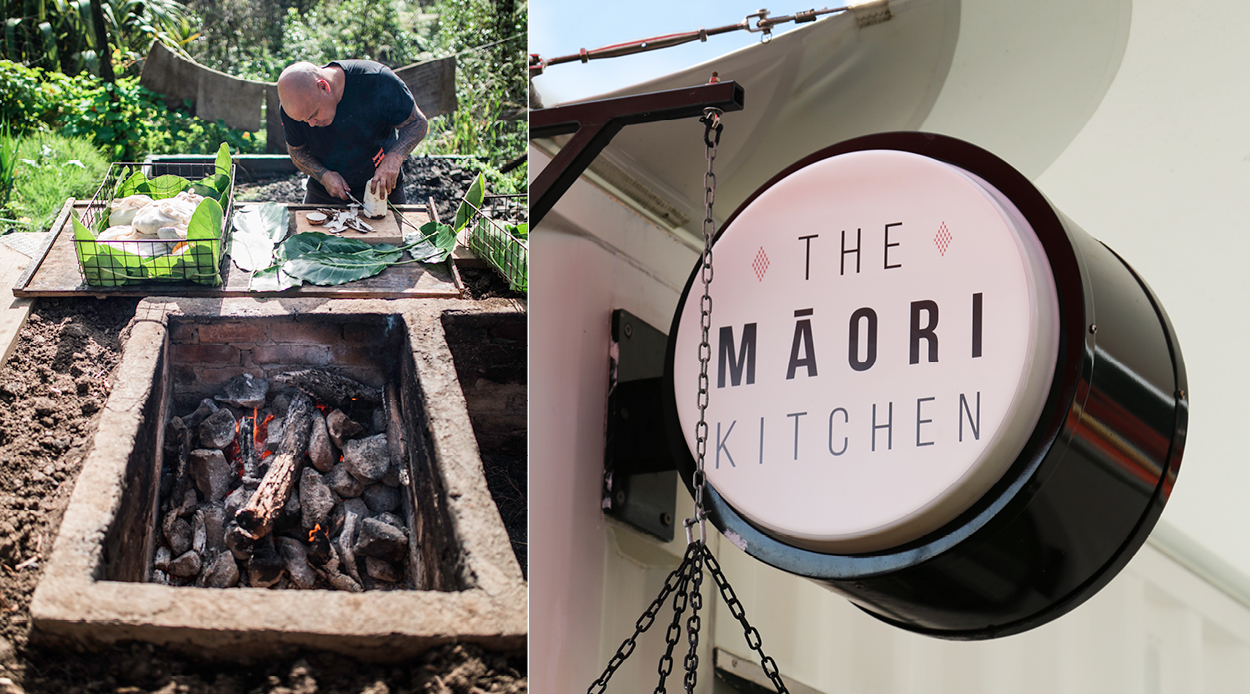 After travelling and cooking in kitchens around New Zealand for over two decades, Rewi Spraggon noticed a hole in the commercial dining scene for indigenous cuisine. Despite being one of the oldest culinary practises in New Zealand, the hāngi is often considered largely inaccessible to the masses, so Spraggon collaborated with his friend, Ganesh Raj to create The Māori Kitchen. Serving traditional hāngi on the daily, this new venture is putting a modern spin on the indigenous fare and serving up a spate of tasty dishes from Auckland’s Queen’s Wharf.

Spraggon utilises the authentic and traditional methods of hāngi cooking, staying away from loopholes such as gassing and steaming which he doesn’t consider to be truly customary to Māori cuisine. But the process of cooking a hāngi is by no means simple. The stones are heated to 600 degrees Celsius with timber, using manuka for flavour, and once the rocks drop to the bottom of the pit, the meat and vegetables are put into baskets that are covered with puka leaves before being placed on top of the rocks to sit. The food is finally sprinkled with water and wet matting, and covered with dirt to trap all the steam, so the flavours are enhanced and reach peak succulence. The food is left to cook for three hours, and Spraggon states that “this is quite a different technique, but it is true, slow-cooked food.”

The menu features the traditional tuturu which consists of a combination of tasty pork, tender chicken, soulful stuffing, hearty potatoes and kumara, sweet pumpkin, cabbage which has soaked up all the flavours of the meat and fresh watercress salad. The smoky, earthy flavours and herby aroma of kawakawa run through all the elements on the tuturu providing an authentic hāngi experience indeed.

A contemporary sensibility can also be seen on the menu of The Māori Kitchen in dishes such as the hāngi pie, the hāngi breakfast wrap and our favourite, the hāngi sandwich. For this, an artisanal kumara ciabatta roll is lined with a layer of mashed potatoes and filled with fatty, succulent pork, slivers of granny smith apple to cut through the richness, fresh watercress and beetroot salad and drizzled with Spraggon’s secret, tangy BBQ hoisin sauce.

As of right now, the hāngi itself is situated in Bethells, but Spraggon tells us that a pit is set to be situated just outside his Queens Wharf stall in the next couple of weeks. The full hāngi experience will become more accessible for not only the tourists around Auckland but also local New Zealanders — many of whom would have had very little experience with traditional hāngi fare. Spraggon emphasises, however, that The Māori Kitchen is more than just a food stall, explaining that it is a way of bringing the community together to bond over the food of our land.

These pea and zucchini fritters topped with salmon are brunch brilliance