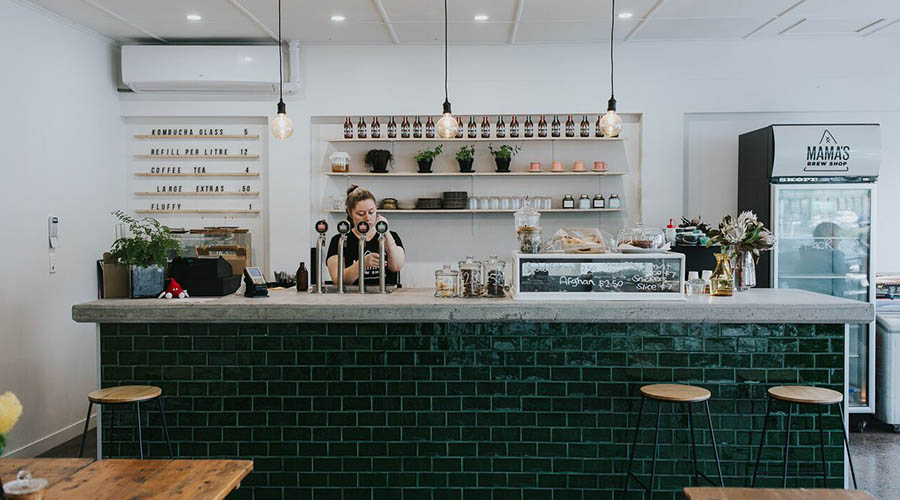 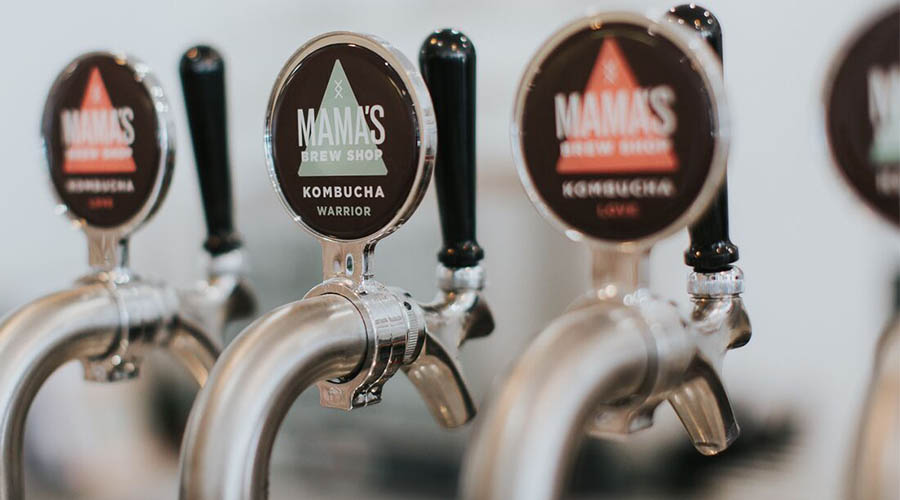 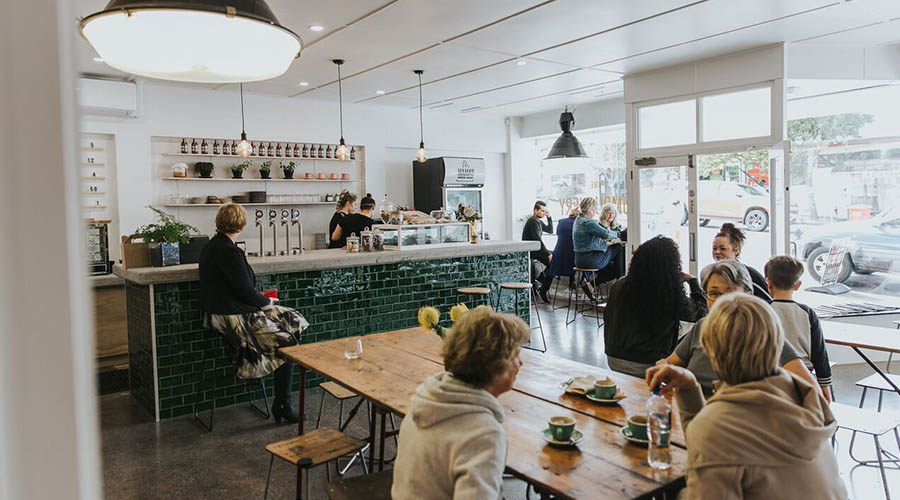 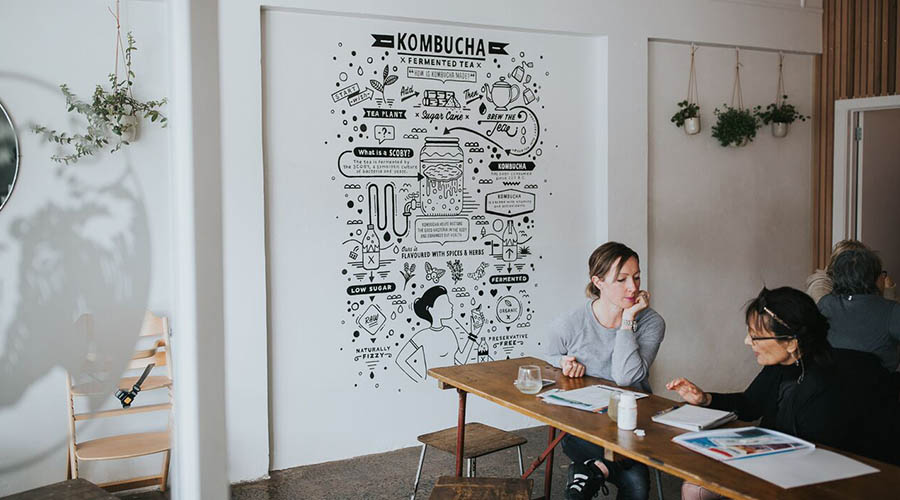 Like many good Kiwi ideas, Mama’s Brew Shop kombucha was founded in a garage. Created by two young mums who were brought together by ‘beer, babies and booch’ they started making their organic elixirs just over a year ago. Quickly outgrowing their humble origins, they have now expanded operations and opened The Kombuchery.

Housing a brewery out back and New Zealand’s first ever kombucha taproom in the front, the new Helensville opening boasts some of the freshest booch you’ll ever try. Pouring all of Mama Brew Shop’s favourites and a few new ‘trial’ flavours straight from the tap, you order by the glass or bottle and BYO vessel is encouraged. Serving the bubbling tonics alongside Eighthirty coffee, bagels, pies and a revolving line-up of sweet treats, whether you’re keen on kombucha or not, it’s a nice space for a relaxed bite.

With plans to take on a number of other local craft producers and extend its hours come summer (it currently all balances on a pending liquor licence), it seems Mama’s Brew Shop isn’t done growing yet. A weekend stop-in with a difference, The Kombuchery is open now.