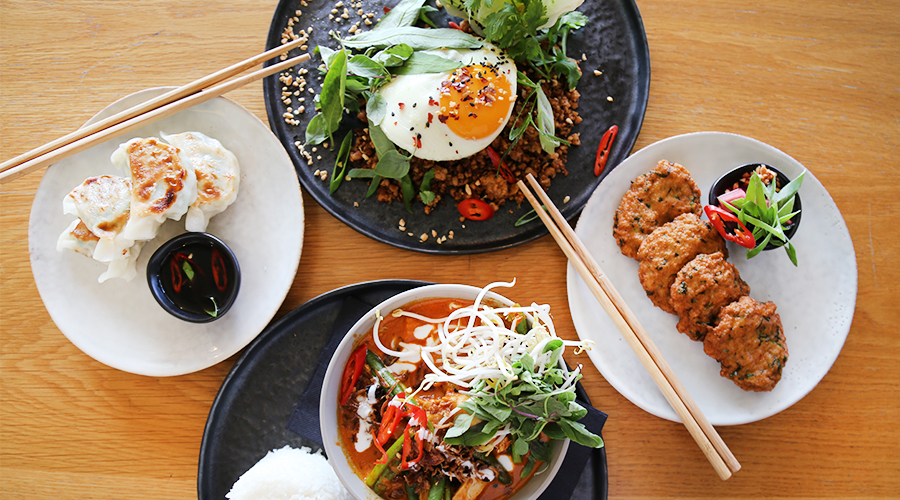 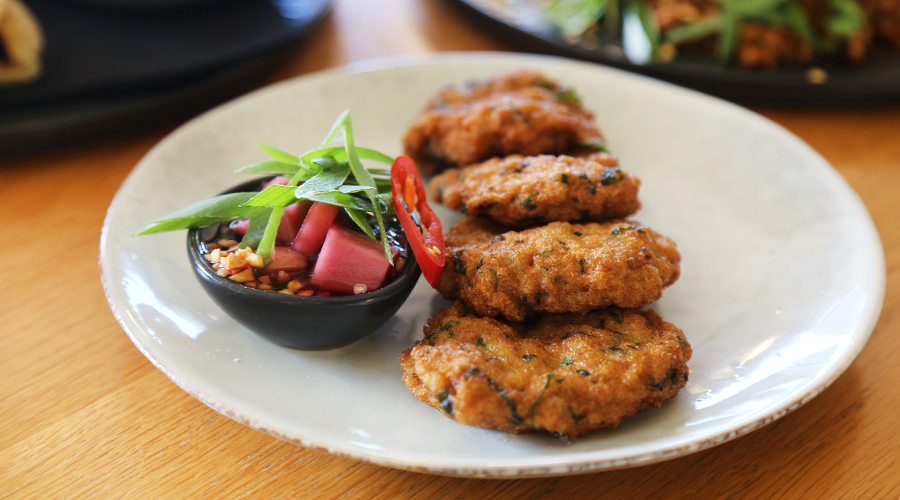 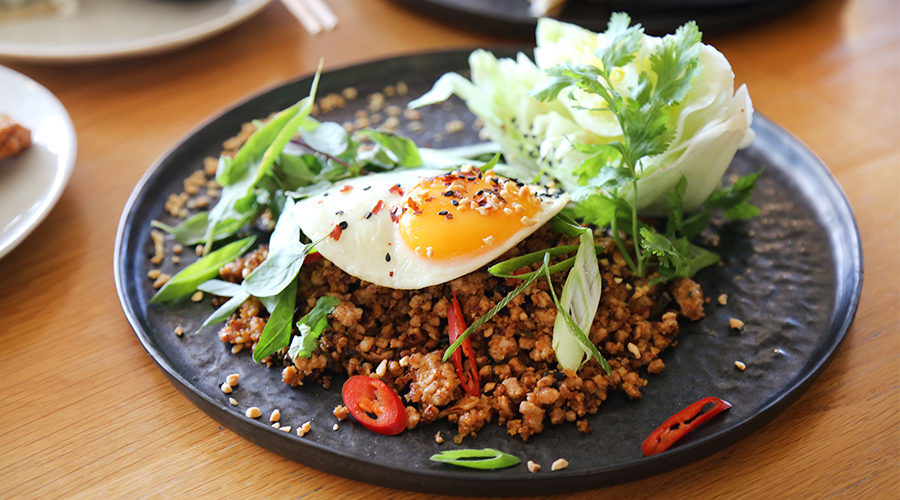 It's an urban take on Thai street food, and it's mouthwateringly good.

There are few places in the city that catch every ray of sun from midday till sundown. One such establishment is The Botanist. Except, come 5pm weekdays, the floral artwork disappears, the miniature lanterns are placed on the tables and Tom Yum takes the place of eggs bene. Thai by Night is the new pop-up taking over the City Works Depot eatery, and it’s mouthwateringly good.

Leading the charge in the kitchen is Head Chef Ryan Pearce along with Hedley Lemmar, who treated me to an array of highly satisfying offerings. The fish cakes came with cucumber and radish pickle and were at once sweet and tangy. The jungle curry comprises chicken, coconut, green beans, baby corn and sweet Thai basil and comes with a perfectly crunchy, yet fluffy roti. Crunchy rice and a Thai herb salad, topped with a fried egg are what comprise the pork larb — to be eaten in the iceberg lettuce cups, it was enough to seal the deal.

To accompany your meal, a selection of Thai-inspired cocktails have been created, spotlighting ingredients such as lemongrass, turmeric and ginger. So whether you pop in for a beer and a roast pork belly bun, some prawn dumplings in the sun, or, stop in with a big group of friends and go the whole nine yards, we suggest you do so soon, as this urban take on Thai street food is only expected to stick around until Christmas.