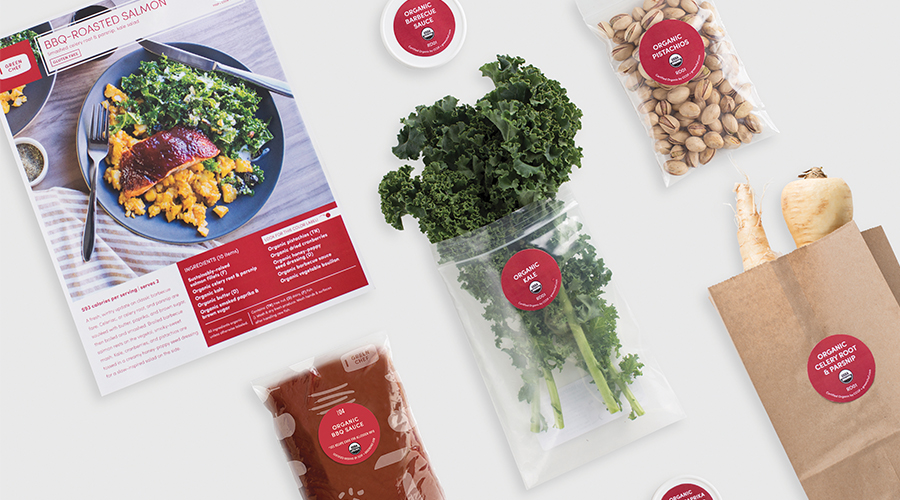 I thought I was the perfect candidate for a meal kit. I live in a household with three other 30-somethings. We all work full-time. We love food and enjoy cooking. But, we are dreadful at meal planning (we don’t ever seem to know what lies ahead ‘this week’) and if we do pull off a weekly shop, there is always food that ends up in the bin. We eat takeaways more than we would like to (it does help that we own Bird On A Wire) and we certainly don’t have more than, say, an hour, to cook each evening after we’ve lapped up some Auckland traffic and walked the dog. We’re health conscious, environmentally conscientious and keen to learn new things.

But it didn’t work for me — and initially, I couldn’t put my finger on why. I won’t leave you hanging for too long, but first I’m going to throw it back two million years…

According to Richard Wrangham, cooking with fire allowed us to evolve into the species that we are today — both physiologically (the way our bodies have evolved) and sociologically (where did you think all that dinner table conviviality came from?). So, if cooking with fire got us to where we are now, what has cooking become?

I hate to let you down gently, but after a whole lot of research, I’m unable to define cooking in the modern sense. This is because it means so many different things to so many different people. Is it cooking when you heroically tear the vacuum seal off some pre-cooked rice and zap it in the microwave? Or are you only really cooking when you perfect ravioli stuffed with 12-hour lamb, from scratch? Despite my difficulty in finding a definition, the thing that resonated with me the most was something restaurateur and founder of food waste social enterprise Everybody Eats, Nick Loosley, wrote: “in our society, in 2018, cooking has largely been surrendered to convenience.”

Perhaps, it’s more relevant to ask not what cooking is, but why we cook? My sister cooks complicated and time-consuming feasts for the people she loves as an expression of that love, my father cooks whole flounder for lunch at the weekends because it relaxes him, my husband cooks many a ‘dish du jour’ because he likes the challenge of creating something from the diversity of what’s in the pantry, my mother cooked osso buco and boeuf bourguignon my whole childhood as a means of gathering and entertaining the village that raised us. What I’ve learned, is that I cook to create, to suit a mood, to satisfy a hankering, to be in the moment.

But it seems unlikely that the masterminds behind My Food Bag were asking themselves why we cook when they were brainstorming the strategy for one of New Zealand’s great business success stories. My guess is that they saw a problem to be solved in the fact that home cooking has been in decline since the beginning of the 20th Century, but evidence still shows that the majority of the time, most of us still eat home cooked food. Said masterminds were more likely asking why don’t we cook?

I asked Facebook why we don’t cook and the response was predictable. Kids don’t like adult food which takes the fun out of dinner, people with demanding jobs don’t have time, fitspo people would rather use that time to exercise, some of us don’t know how to cook, plenty of us are sick of cooking, people that live alone don’t want to cook for just themselves and many parents consider cooking a chore.

When we don’t cook (or plan our meals or shop for them), we tend to eat less nutritious food, more processed food, and larger portions. So unsurprisingly, we are also, as a race, getting more and more overweight. As food writer Michael Pollan put it, “there eventually came a moment when, propelled by the logic of human desire and technological progress, we began to over process certain foods in such a way as to actually render them detrimental to our health and wellbeing”.

You only need to consult Snapchat, Facebook, Twitter or Instagram for evidence that our culture is seemingly obsessed with food, but curiously, this doesn’t mean that we’re cooking more or eating better. In fact, at exactly the same time we began to leave the kitchen we started watching more cooking on television and the trend has followed ever since.

So fast forward to the year 2018, and here we are — living in a food-obsessed society that has surrendered to convenient ‘cooking’, but is getting less healthy by the minute. The solution? Meal kits. Convenience cooking for the masses. Win! And my goodness have they won.

No one is going to disagree with me that meal kits have revolutionised the way many New Zealanders eat. They are much better for us than a packet of two minute noodles, they teach (or at the very least maintain) essential cooking skills that allow us the freedom to choose what we eat, they reduce domestic food waste (one of the biggest problems in our broken food system), they are financially predictable, and they introduce us to ingredients we would otherwise not eat and recipes we would otherwise not cook. I take my hat off to them.

So why didn’t it work for me? It stole my favourite part of cooking. It was like driving an automatic car, doing long division on a calculator, completing a paint-by-numbers illustration. I felt disconnected from what I was doing when I cooked from a meal kit. I lost control. I was blindly following instructions, unaware of what the finished product would feel, look or taste like until it was right in front of me on the table. It took the magic away from cooking that I didn’t even know I needed. I can’t cook mindfully and do Nadia proud at the same time, I just can’t.

Granted, I don’t always have the time or energy to do long division (refer to the earlier takeaway confessions) but does anyone else remember how good it felt to toil away at a long division equation until it got smaller and smaller, before gloriously spitting out the answer you’d been waiting for? I’ve always laughed when manual drivers talk about “really driving the car”, but I think I get it. I like being the Manager of what’s in my fridge, the CEO of what the best value veg is this week and the President of ‘What Do I Feel Like For Dinner?’.

For me cooking isn’t just fundamental and functional, it’s more than that. It’s emotional, it’s creative, it’s visceral, it’s sensory. It starts when I assess how I feel and plan what I will cook, it continues when I choose all my ingredients at the supermarket and it ends when I take my last mouthful — ideally surrounded by great people. Organic agriculture guru Martin Crawford looks at food through the allegory of Heidegger’s hammer — if we are to truly get to know something, we must handle it rather than contemplate it from a distance.

Cooking is connecting with food on a sensory level; it’s really driving the car and working through that long division. It’s my hammer, and I’ll handle it if I want to. I’m grateful to Nadia for helping me figure this all out. Now, I’m off to pour myself a glass of wine, to make more time to cook, plan my meals for the week, and enjoy each one. Wish me luck!