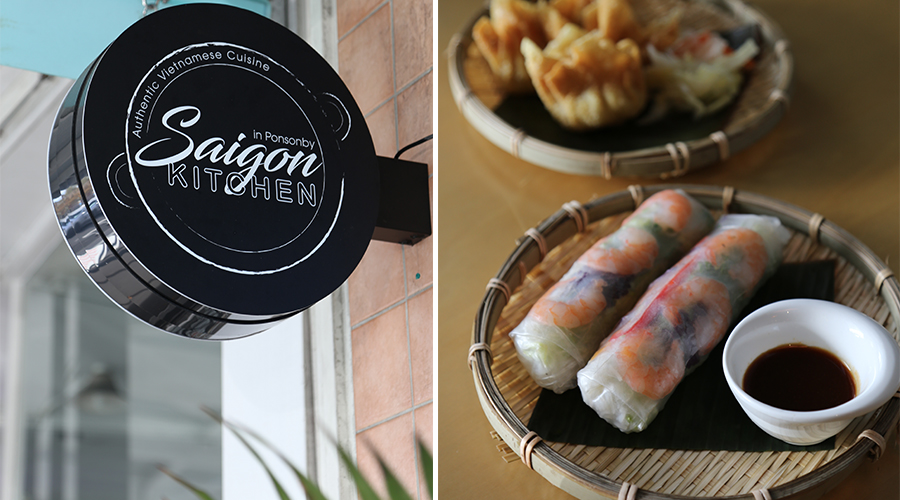 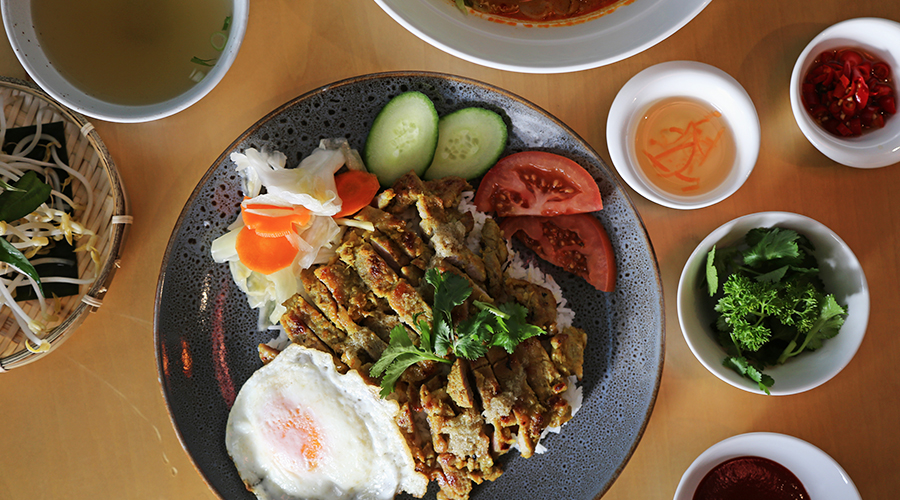 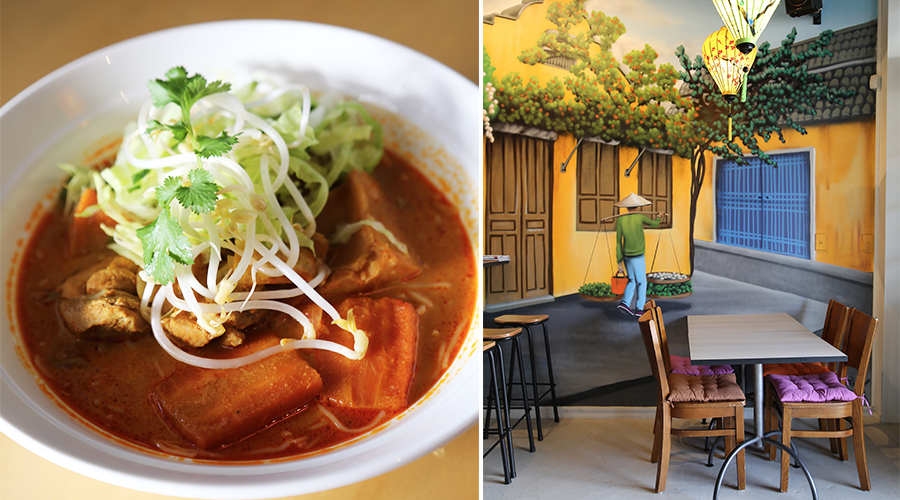 A new facade on Jervois Road has been attracting our attention with the promise of exotic Vietnamese fare. Having tantalised our taste buds for several weeks now, we thought it would be rude not to give Saigon Kitchen (formerly Beatrix cafe) a try.

A lick of paint in the form of a vibrant wall mural, Asian lantern lights and carefully placed turquoise shutters only just veil the former eatery. But it’s a happy-go-lucky vibe that seems to fit the culinary genre. Owner David Lin (who was formerly co-owner of New Lynn’s Hansan) professes to serve traditional Vietnamese fare, most of which can be found throughout the country. The homestyle dishes include lemongrass chicken and pan-fried pork on rice, curry beef and chicken vermicelli, a soup like serving abounding with the thin noodles, meat, potato, and the quintessential mung bean and lemon accoutrement.

Of course, it wouldn’t be a Vietnamese eatery without a pho, available in chicken or beef, or a vegetarian alternative, we didn’t try it so the jury is still out. But if the tasty fried wontons and rice paper rolls are anything to go by, Saigon Kitchen is damn near the Vietnamese joint Herne Bay needed. Either take away or sit-in for a casual meal — they are currently awaiting their alcohol licence — if you’re partial to the flavours of Southeast Asia, we suggest you drop by and give it a whirl.