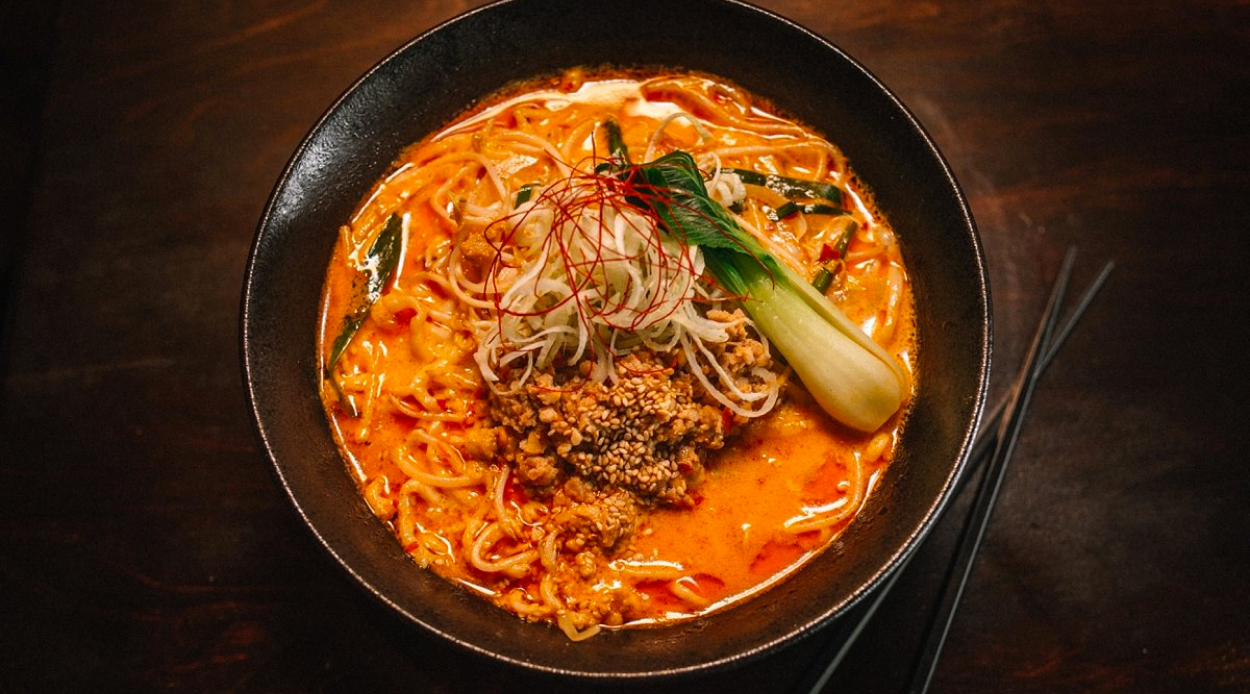 While spring is just around the corner, there’s still a slight chill in the air, and this combined with the challenging times we find ourselves in, means we are gravitating towards comforting, warming meals. Arguably the most comforting dish there is, a big bowl of ramen has been known to soothe all manner of ills, and who better to turn to for a recipe than Ramen Takara?

The popular ramen house shares its equally popular Tan Tan ramen recipe below (a Japanese take on Dan Dan noodles, Sichuan’s famous spicy dish), and you can find a helpful video on their Facebook.

Method:
Soup
1. Soak the shiitake and kombu in the water overnight in a pot.
2. When ready to cook, bring the water to boil at medium heat. Once boiling, turn down the heat and remove the kombu and shiitake — reserve the shiitake for the nikumiso, if making.
3. Add sliced ginger, garlic and chopped vegetables.
4. Simmer on low heat for at least 2 hours.
5. Add sesame oil close to serving.

Tare
1. Combine all of the ingredients in a mixing bowl. Mix well with a whisk until fully dissolved.

Optional nikumiso
1. Heat the sesame oil in a pan and add the pork mince, garlic, ginger and onion. You can also chop and add some of the shiitake mushrooms you used to make the broth. Cook on medium heat until pork is fully cooked through.
2. Add chilli bean paste, sake, soy sauce and miso. Cook for about 5 minutes until the texture becomes dry.

Put it all together (the separate components should only come together when the dish is ready to be served)
1. Cook your noodles of choice to al dente and drain well.
2. In each person’s bowl, one at a time, mix 4 tablespoons of the tare with one cup of the broth and stir.
3. Portion out the noodles and add to the soup in each bowl.
4. Top with the flash-boiled bean sprouts, bok choy and spring onions, plus nikumiso if you have made and optional chilli oil — as well as any other toppings like a boiled egg.

Hearty and wholesome, this dumpling soup recipe is the perfect winter warmer