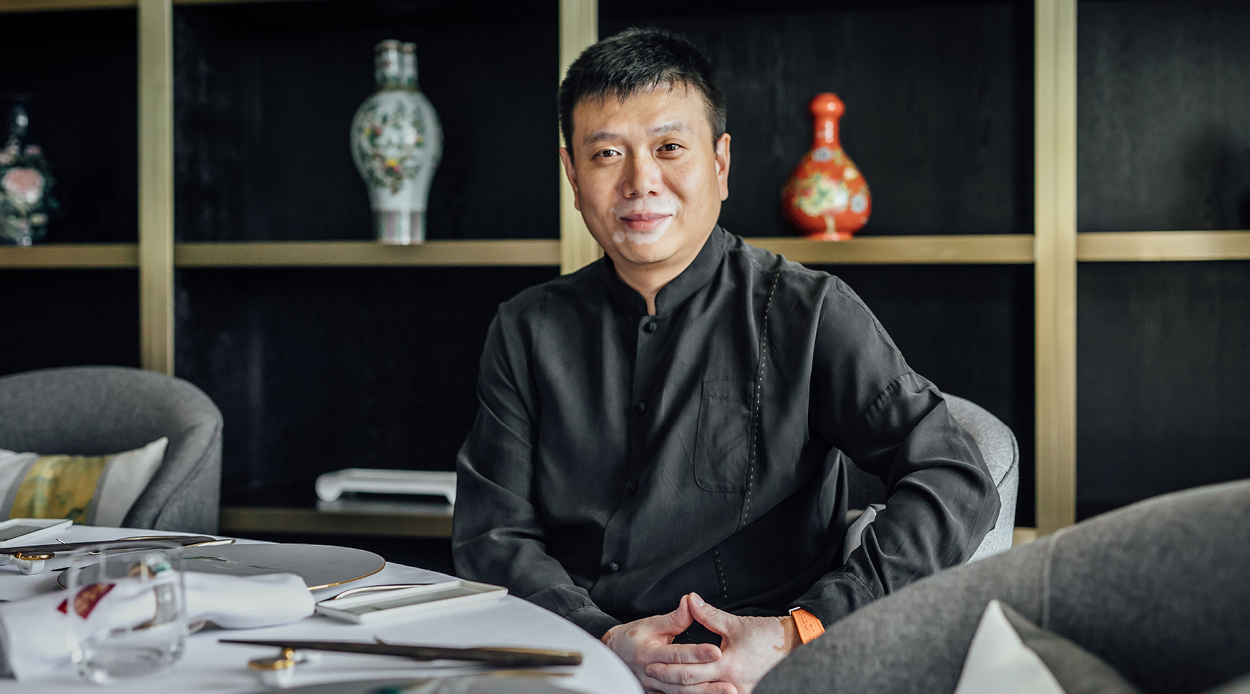 A passion for food and cooking runs through Kevin Liu’s veins. Influenced by his respectable grandfather, who was Chairman Mao’s executive chef for over two decades, food has always been a significant part of Liu’s life. After a long career of cooking in numerous 5-star-hotel kitchens, Liu was swept away by the purity of New Zealand’s produce and the warm, friendly culture of our people.  Opening his first restaurant in Parnell in 2018, Red Wall 1939, Liu is dedicated to sharing his finessed Chinese cuisine with Aucklanders.

What are your thoughts on Chinese cuisine in the Auckland dining scene? Auckland is such a multicultural place. There are a number of Chinese restaurants in this city, in many different styles, and most of them are great, but for us, we wanted to focus on offering the best quality local ingredients and an extra-special, fine dining experience.

Is there a particular part of China that your menu focuses on? Red Wall 1939’s roots are based on Chinese State Banquet dining, which is a style reserved for dignitaries and royalty. State Banquet dining comprises thousand-year-old royal recipes that were previously served to emperors and their families in Beijing’s Forbidden Palace. Dishes in a State Banquet are based on the eight different types of authentic Chinese cooking methods and although we’ve followed tradition, we’ve also added our own modern twists.

Has your cooking been influenced by other cultures or styles of cuisine? When I was 17 I travelled to Germany to build my skills in Western cuisine. Over two years, I learned a lot about European cooking, which is totally different from Chinese cuisine. This era had a big impact on my career. I still remember when I first attempted the newly-popular “fusion” cooking – fried dumplings with sauerkraut at a restaurant called Gasthof Linde in Villingendorf. They became quite popular.

What do you want people to take away from their experience at Red Wall 1939? The impression of Chinese cuisine is often “Big plate. Too much oil,” but that doesn’t represent all Chinese cuisine and we think we can change those perceptions. We want to deliver a unique dining experience that people can’t get anywhere else in the country, with dishes that are steeped in Chinese history, based on ancient recipes and delivered with a modern twist.