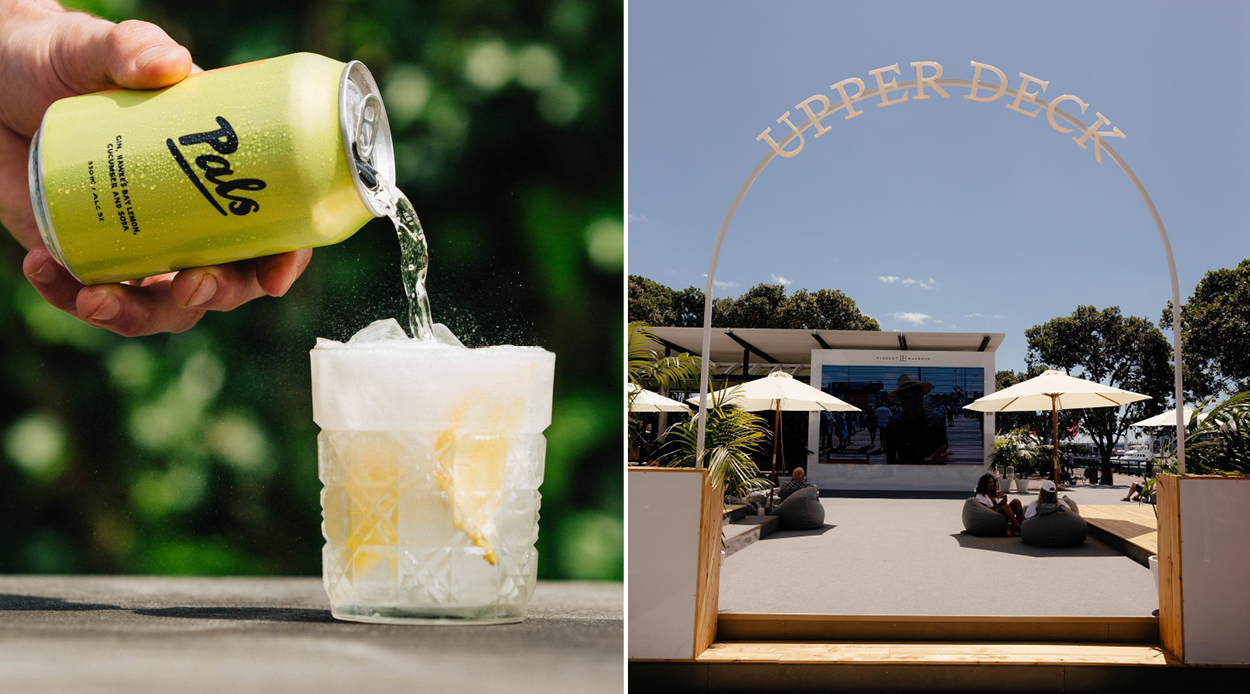 With the first long weekend of 2021 around the corner, anticipation is at an all-time high. And just when we thought we couldn’t get any more excited, it has been brought to our attention that everyone’s favourite summer thirst-quencher, Pals, has teamed up with Viaduct Harbour and Saint Alice to open a pop-up bar by the water.

This weekend (for two days only) Pals will take over Viaduct Harbour’s Upper Deck space with an installation designed by Angus Muir. Comprising two bars, an eye-catching DJ booth and a large, sun-drenched area that will be fitted with screens playing semi-final sailing live, Pals Upper Deck promises to be the perfect place to kick back, spend time with friends and enjoy Pals’ full suite of refreshing flavours. The culinary talents of Saint Alice will also be on hand via an epic menu of satiating bites.

Open from 12pm until 10pm on Saturday the 30th and Sunday the 31st of January and with specially-marked golf carts to offer rides to other Viaduct Harbour hotspots after closing time, Pals is set to kick Auckland Anniversary Weekend into high gear with its signature brand of laid-back conviviality.