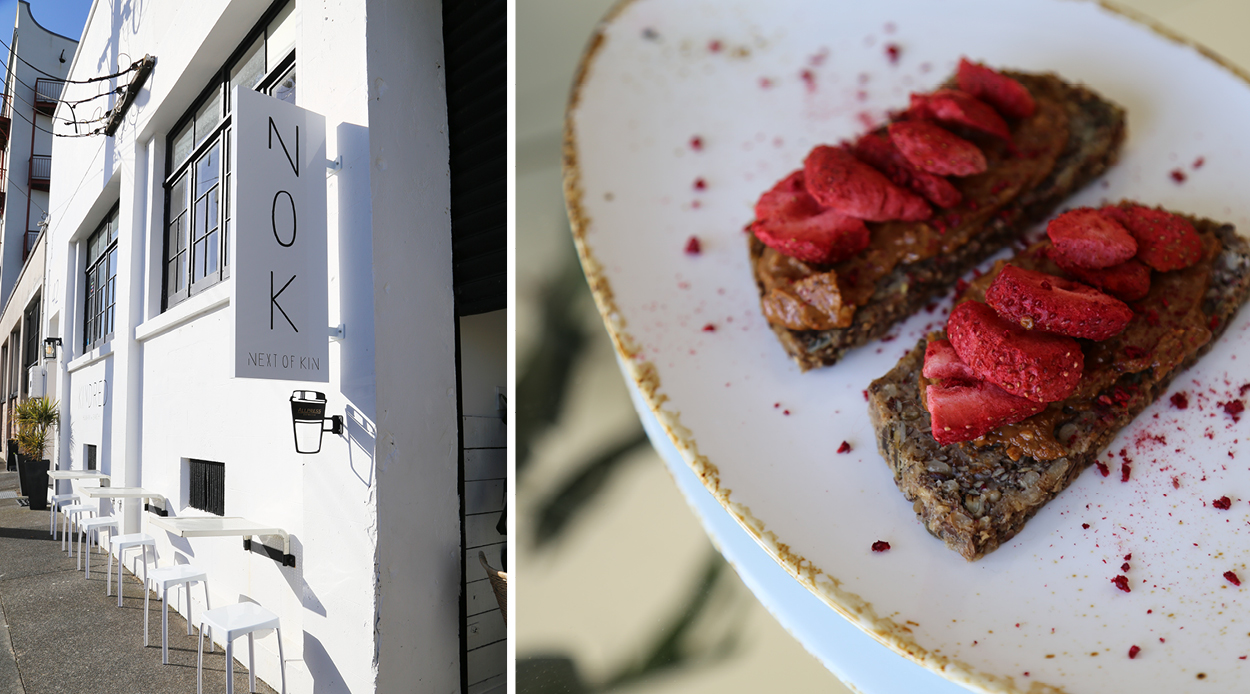 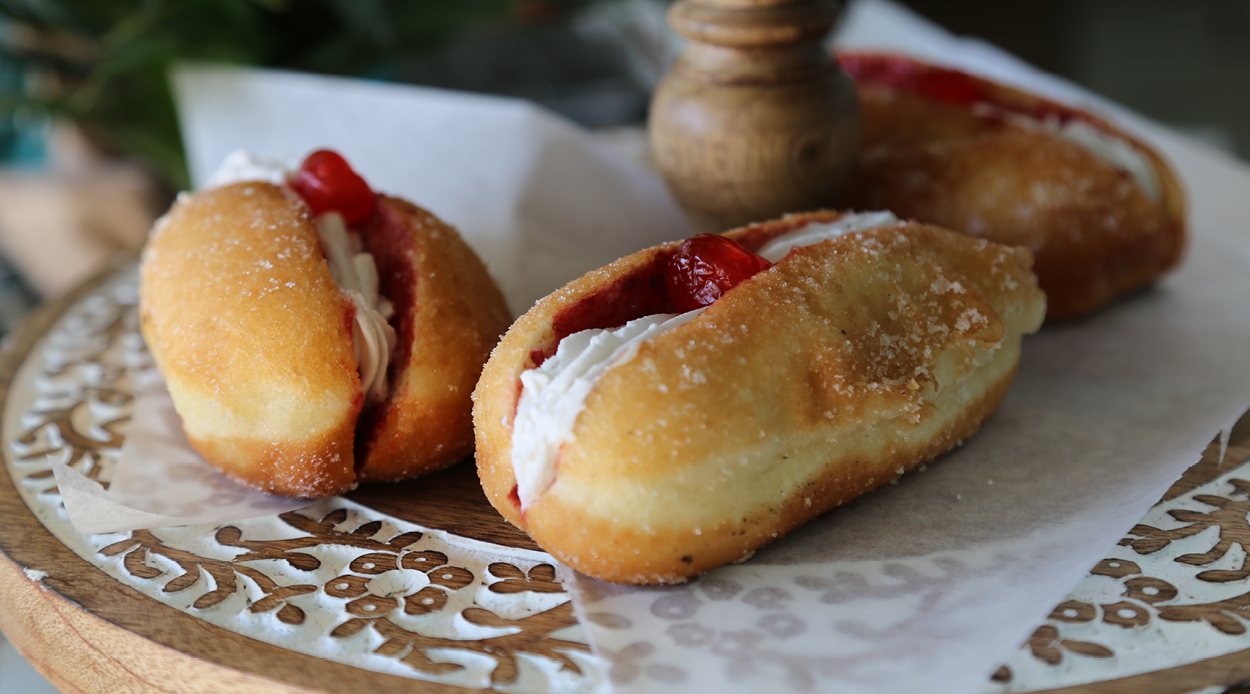 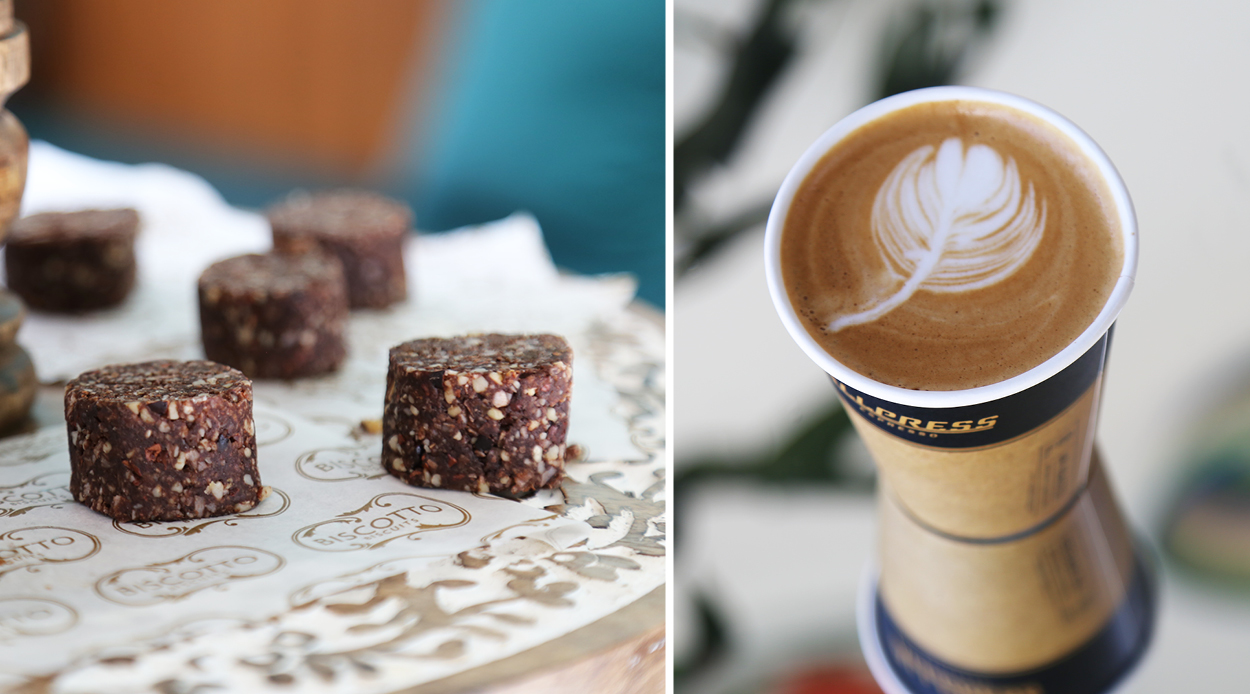 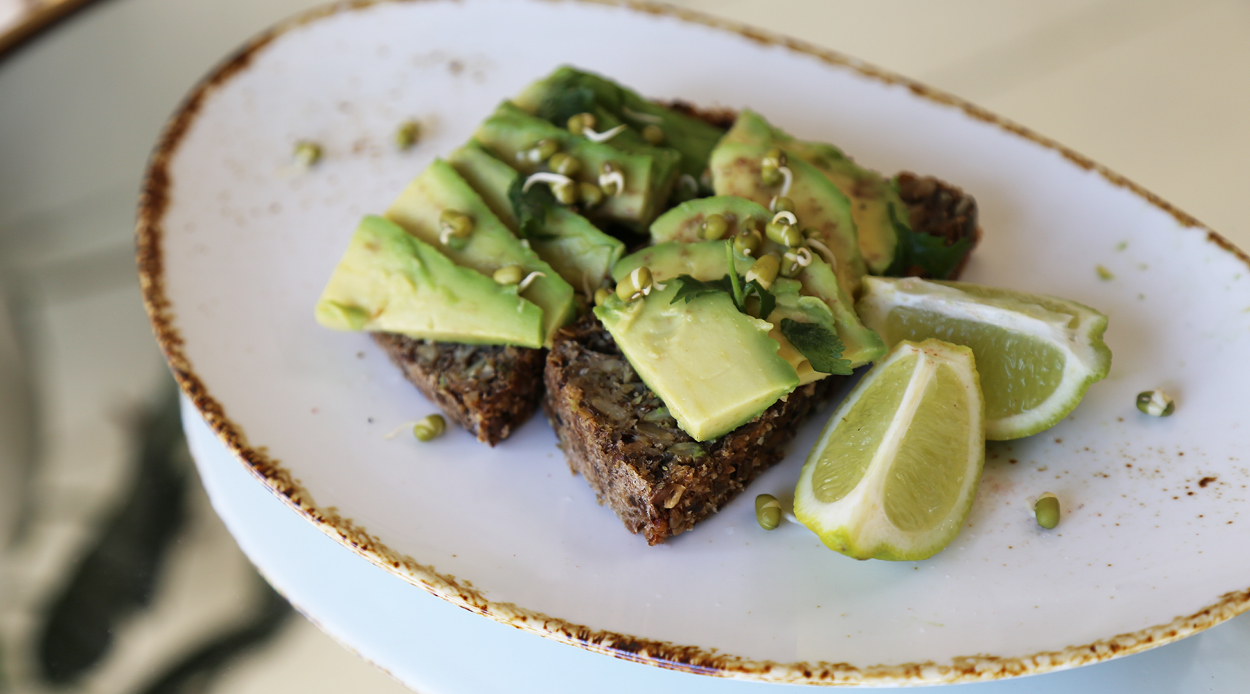 She’s a space that has seen a fair few incarnations — most notably, Douglas Street’s Little & Friday. But we can confirm that the latest, coffee shop Next of Kin, is a promising one. It’s a venture helmed by Cat Frost who also owns the adjoining cruelty-free hair salon, Kindred. Describing it as “the Golden Dawn of hair and beauty,” Frost admits it’s a well-kept secret that has been devoid of signage up until this week.

Hurried along by neighbours who had a vested interest in seeing the space reestablished as a place to pick up their morning coffee, she created a nostalgic, zen-like spot that is at once serene and full of life. Working with Allpress to carry the tropical theme that decorates the walls and is enhanced by plenty of flora, onto the La Marzocco machine from which the coffees stream, there’s a sense of creative freedom that permeates the under-the-radar address.

When asked about it, it’s clear that Frost’s concept for Next of Kin is extensive and fully-formed. She gently encourages community interaction and a sense of belonging without it being OTT. Her holistic approach spills over into the food and drink on offer, with plenty of plant-based alt mylks available and a vegan menu that abounds with goods from the award-winning Tart Bakery. Also on offer is a ‘freedom toast bar’ which uses the Midnight Baker’s freedom loaf and a selection of toppings which you can pick and mix. Favourites include various nut butters with freeze-dried berries, and avocado with coriander and lime wedges.

The offering is punctuated with some delicious chai and Matcha lattes made with Storm and India’s teas, a fridge full of Karma Cola sodas, kombuchas and icy treats by Little Island. We also hear that there will be raw bowls arriving on the menu in time for summer.

For those who put health, wellbeing and a good attitude first, Next of Kin is the coffee shop for you.

A curated guide to Auckland’s best hairdressers for curly hair