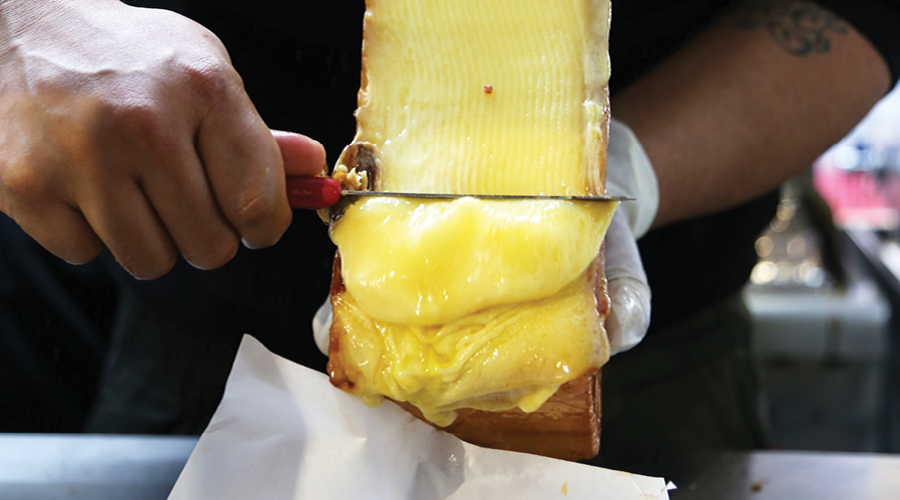 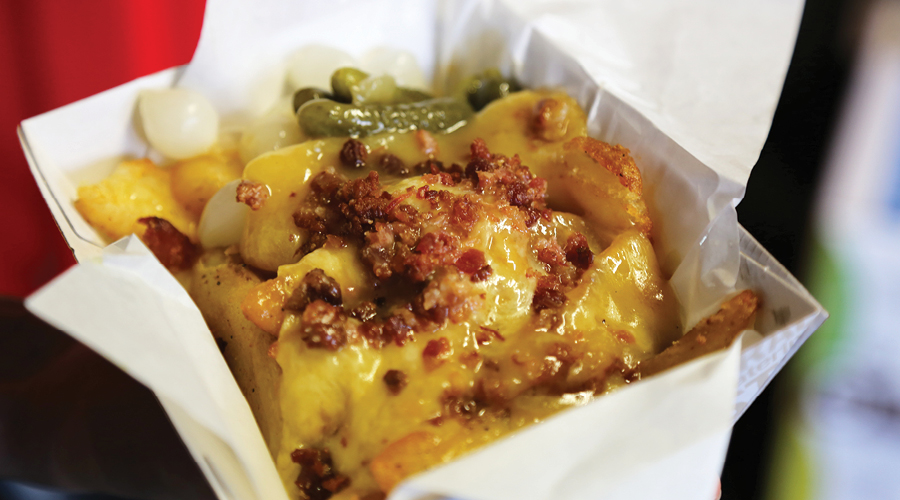 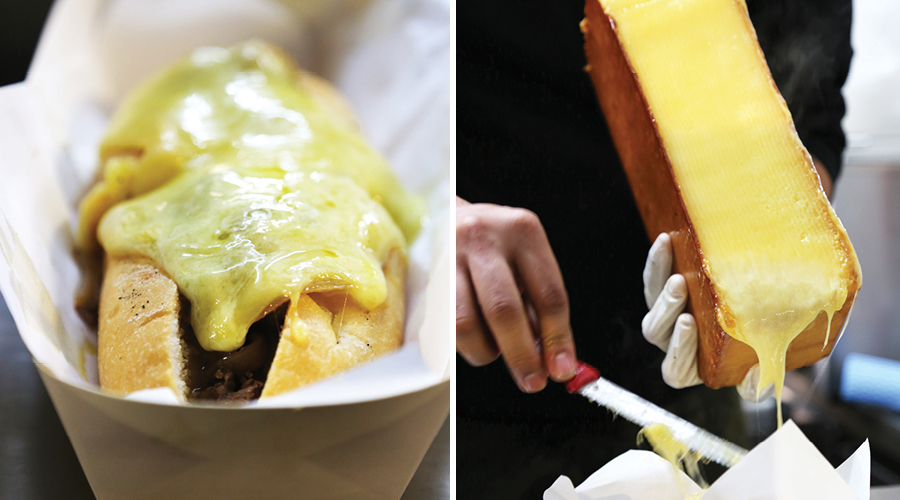 If you're lactose intolerant, avert your gaze now.

We’ve got one word for you: Raclette. I.e. quite possibly the best thing that gastronomy has ever given this world. And if you’re not familiar with the typical Swiss dish of grilled cheese scraped straight off the wheel (usually overtop roast potatoes), we suggest you take a leaf out of our dairy-inclined book and promptly track down hedonistic new pop-up, The Melt.

As the first to be serving the cheesy delicacy in New Zealand — the owners, Jay and Claudine Avante, got the idea from a relative who witnessed it during a visit to London — it’s no wonder they’ve gone through over 120kg of the good stuff since setting up shop a little over two weeks ago. Having hit the ground running at Auckland’s Street Eats festival, the team are serving the gloriously glossy and bronze melted goodness in a variety of ways.

Literally drawing gasps from onlookers as he scrapes off the top few layers of his half-wheels of cheese (that have been bubbling away on the specialty Swiss-imported grill for several minutes), Jay is fully in charge of the molten Manuka smoked cheddar mess that artfully slides over freshly prepared sandwiches and potato wedges. The latter is served with pickles and lardons while the sandwiches are a choice of saucy meatballs or grilled steak. We admit, it’s not diet food, but boy does it taste good.

Beyond the spellbinding process itself, practical measures have been put in place to facilitate The Melt’s inception. Avante admits there were barriers to starting; cheese, it turns out, is expensive and so is the equipment necessary. But with his new-found following growing exponentially, we expect this pioneer on the local cheese scene to blossom into a fully-fledged gourmand’s delight. For now, we’ll take what we can get, traveling to Auckland’s more far-flung suburbs in order to track down this raclette-proffering red trailer at its various market hotspots.