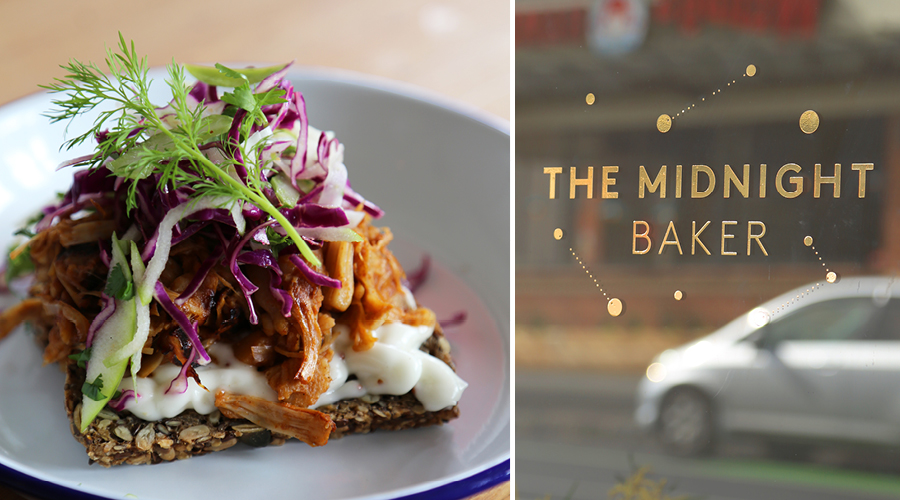 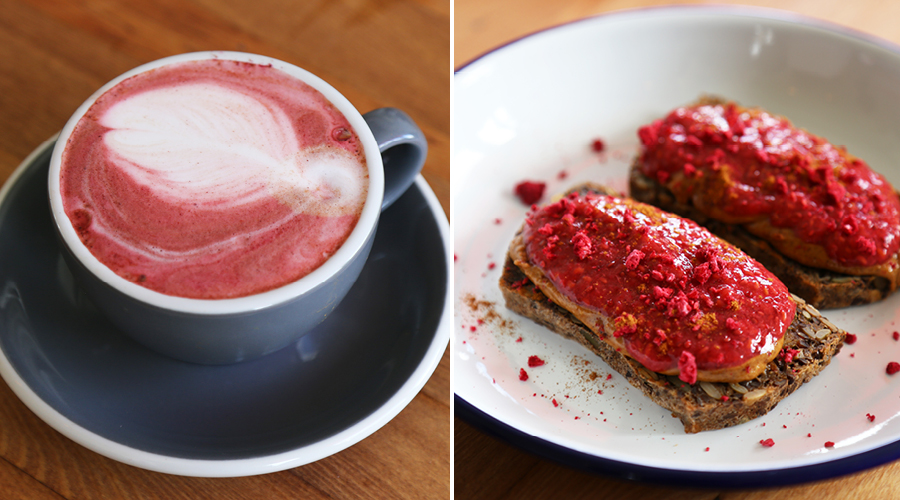 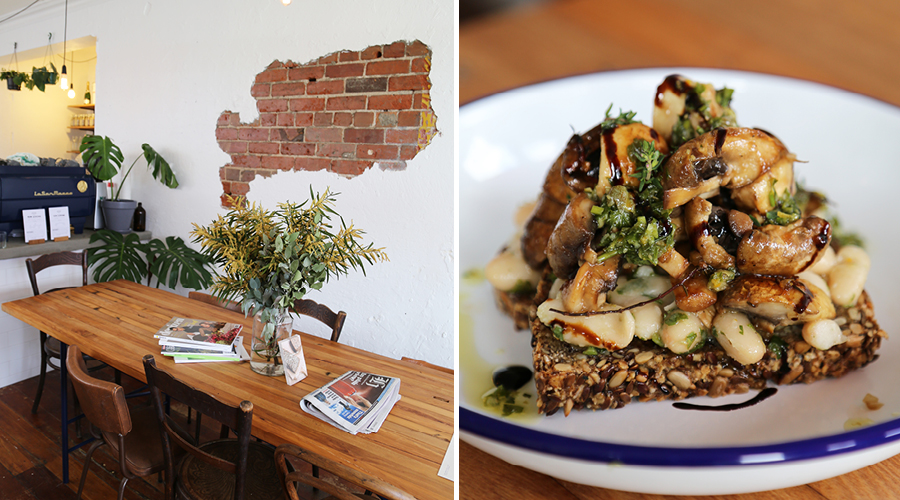 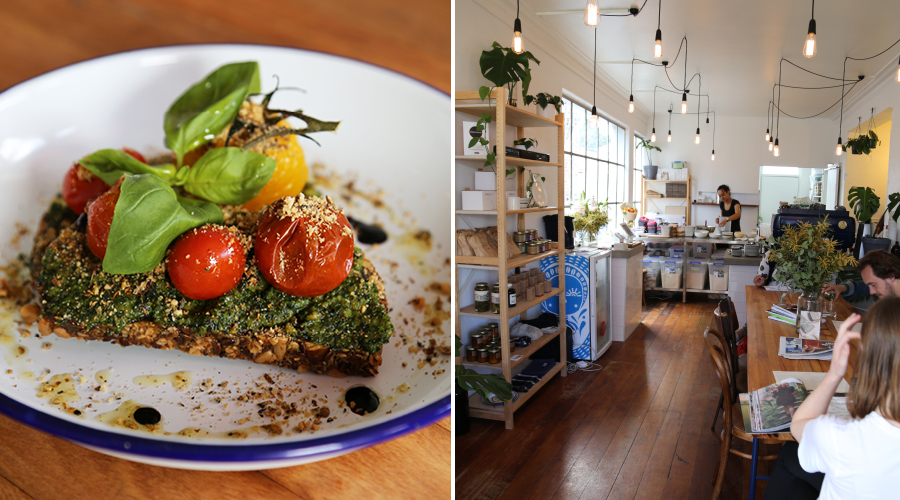 If we’re honest, our obsession with The Midnight Baker’s Freedom Loaf began about a year ago. Thereafter, we alternated between having it toasted and topped with Pic’s Peanut Butter, banana and dark cocoa dust or with smashed avocado, vine tomatoes and a soft-boiled egg at Eat at The Shelter. Deep down inside, we always knew this was but the tip of the toast topping options… inherently so did Yeshe Dawa — the midnight baker herself. Seeing fit to open us up to a world of possibilities, The Midnight Baker recently opened a ‘toast bar’ in Mount Eden, much to the delight of enlightened foodies as well as those who have devoted themselves to a diet free of dairy, gluten, wheat, eggs, refined sugar, yeast and nuts.

Taking up residence in what was formerly Vinyl on Dominion Road, we daresay the space is virtually unrecognisable. Looking to create a blank canvas to really showcase the vibrant eats on offer, Yeshe — with the help of her builder friend — got rid of the long counter and opted for a calming neutral palette. With mellow tunes pumping out of the Orbitsound speaker setting the scene, we perused the menu while sipping on our favourite Eight Thirty brew. And in case you were wondering, heeding the needs of the non-caffeinated, the team are currently serving a Latte Lab red velvet latte that is unlike anything we’ve had before… in a good way, of course. One thing’s for sure, the hardest task you’ll face here is choosing what to have; with every combination — showcasing the inspired meeting of like minds between Yeshe and chef Joydah Bernado — sounding just as good as the next.

Upon first bite, the punchy pulled bbq ‘not pork’ (we swear it taste just like the real thing even though it’s made with young jackfruit!) with green apple, fennel, celery slaw and Wise Boys aioli on natural toast was a winner. Their take on mushrooms on toast that sees the button variety sautéed in balsamic and thyme served on a bed of smashed cannellini beans and parsley puree on herb toast did not disappoint either. But, whatever you do, make sure to leave room for something sweet on Yeshe’s signature cinnamon chai toast. The roasted spiced pear with ‘Whoa-tella’ (Joydah’s raw ‘nutella’ that has been known to make people go ‘whoa’) and a side of vanilla Nice Cream was delightful, as was the simple yet effective PB&J rendition of almond and spiced cookie Better Butter with housemade raspberry chia jam.

Whether you stop in for your morning fix or to pick up a freshly baked loaf of your own, with The Midnight Baker’s aptitude in accommodating a slew of modern day dietary requirements without sacrificing on flavour, mark our words, this one is an institution in the making.

Let’s toast the evolution of toast: 8 of the most sensational slices in town