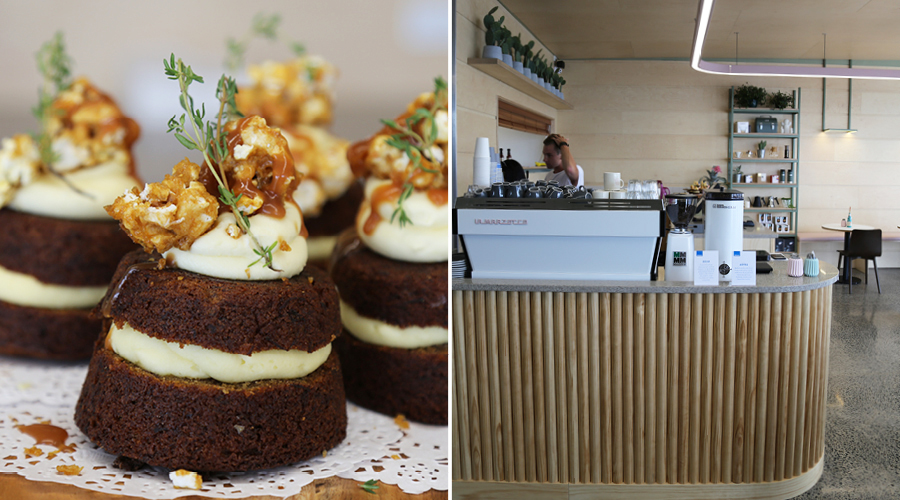 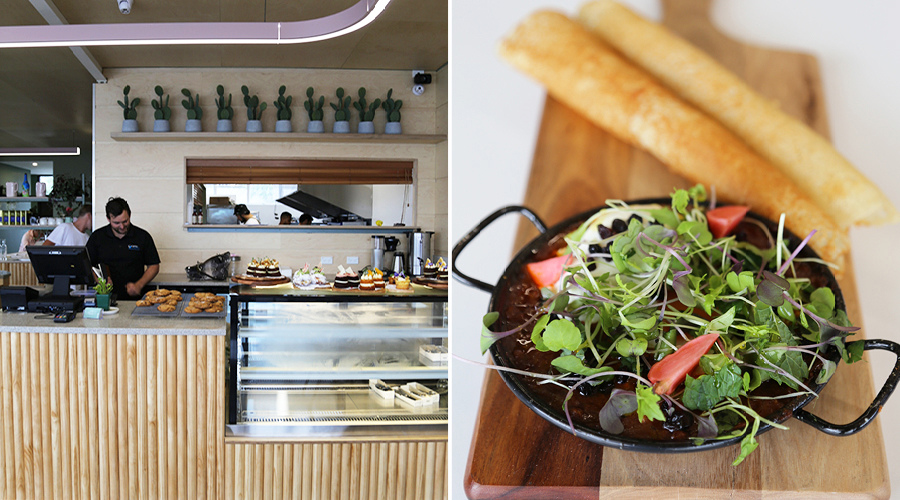 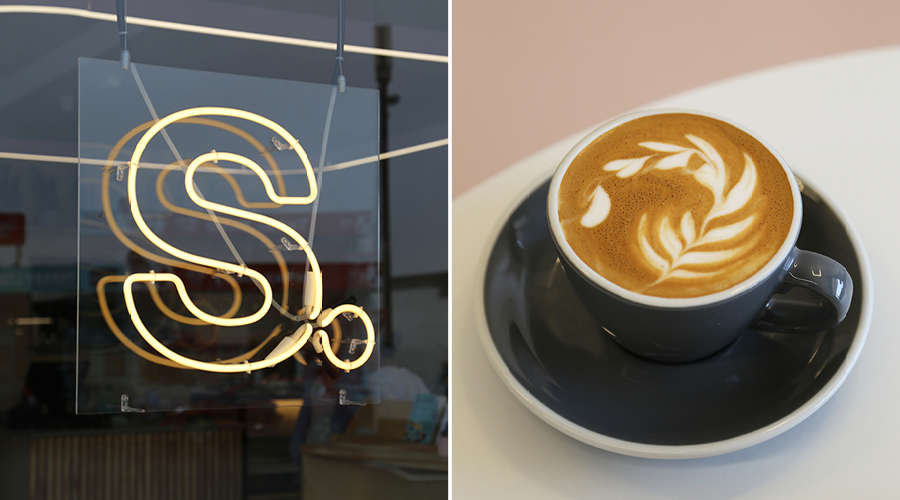 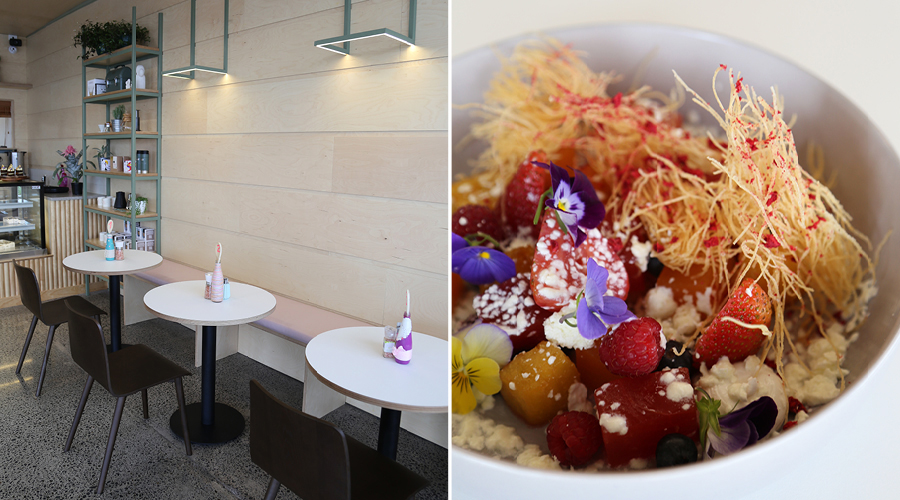 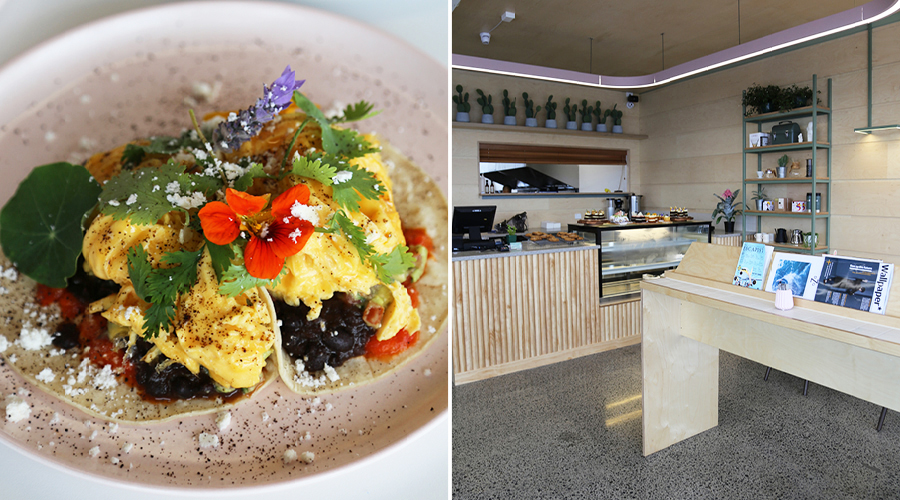 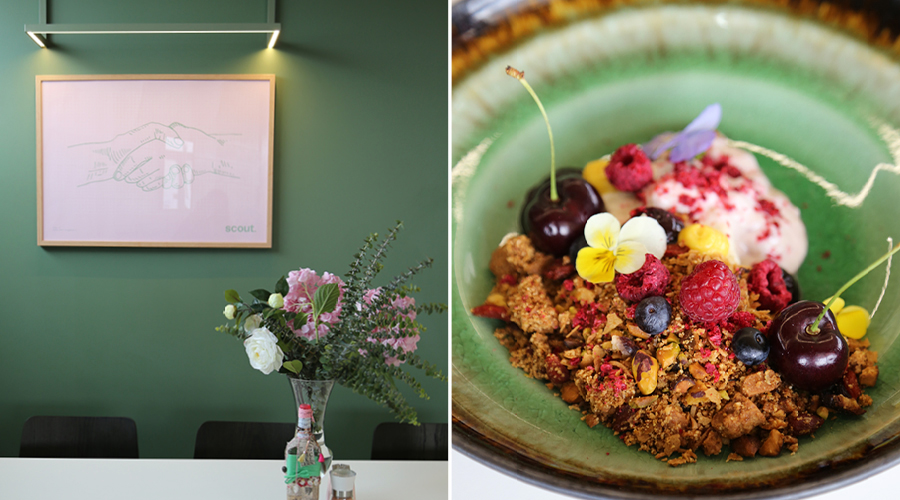 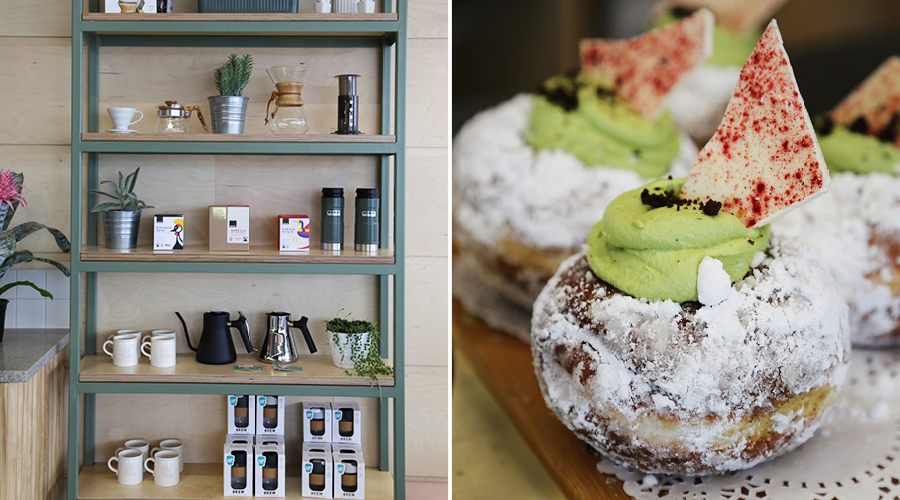 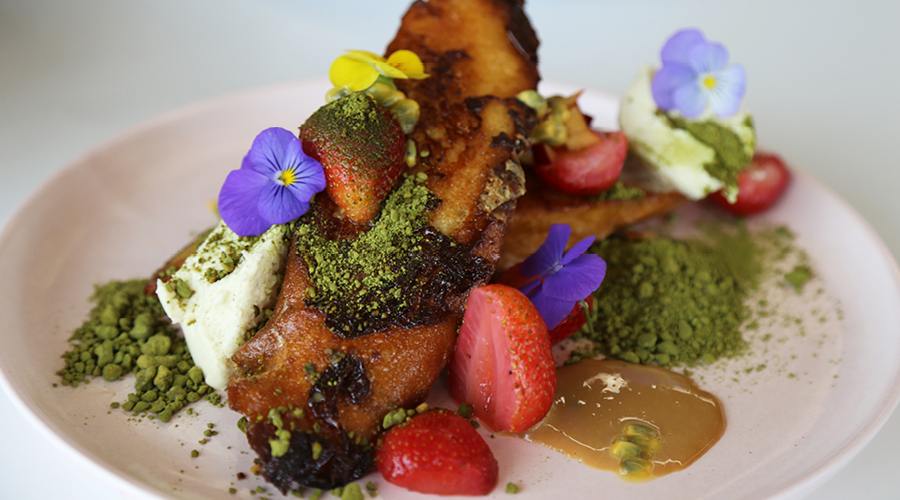 This Torbay newcomer is causing a stir on the cafe scene for good reason.

To achieve greatness, you must project greatness. At least, that’s the dictum cafe owner Roger Lui is going by. His eye-catching new project, Scout, is located in none other than the coastal North Shore suburb of Torbay and his goal is to make it the best cafe on the North Shore. Needless to say, our expectations were high when we made the commute to assess this promising new address for ourselves.

One thing to go by was the fact that Lui is responsible for our favourite Epsom cafe, Hello Friends + Allies. The two are certainly different — Hello Friends is more kitsch and cutesy while Scout adheres to a slick, Scandinavian aesthetic — but there are similarities that include the calibre of cabinet food and excellent à la carte options. Enlisting the help of Kokako coffee’s Mike Murphy, ex-Odettes chef Reginaldo Richard and the astute design team from Ctrl Space, Lui has been able to watch his vision for a boundary-pushing cafe materialise. Named after the nearby Sea Scouts Club, the walls are licked with exactly the same matcha-green that accompanies Scout’s epic serving of Brulée French toast in crumble form, while pops of baby pink combined with the soothing Birchwood counters make this an entirely pleasing space to be in.

Aside from the cabinet laden with home-baked goods, there’s a line up of internationally-inspired dishes to be tried. It’s definitely the first time we’ve seen the Mexican breakfast delicacy of chilaquiles on a menu. Although in taco form, you can count all the compulsory ingredients — salsa roja, scrambled egg and black beans — that comprise the gratifying concoction. There’s also a swoon-worthy Shaksouka served with crispy dosa and the ‘Sunchoke granola’ where Jerusalem artichokes are used as a novel ingredient alongside vanilla yoghurt panna cotta and a white chocolate feuilletine.

With nitro cold brew, filter and espresso coffee available, we were left wanting for little. It’s worth mentioning too that there will soon be plenty of outdoor seating as well as takeaway hampers available for those venturing to Long Bay for the day. One thing for sure is that whether you come solo, with a posse of work colleagues, a friend or a troupe of bambinos, there’s space for all at this inspiring new Torbay cafe.