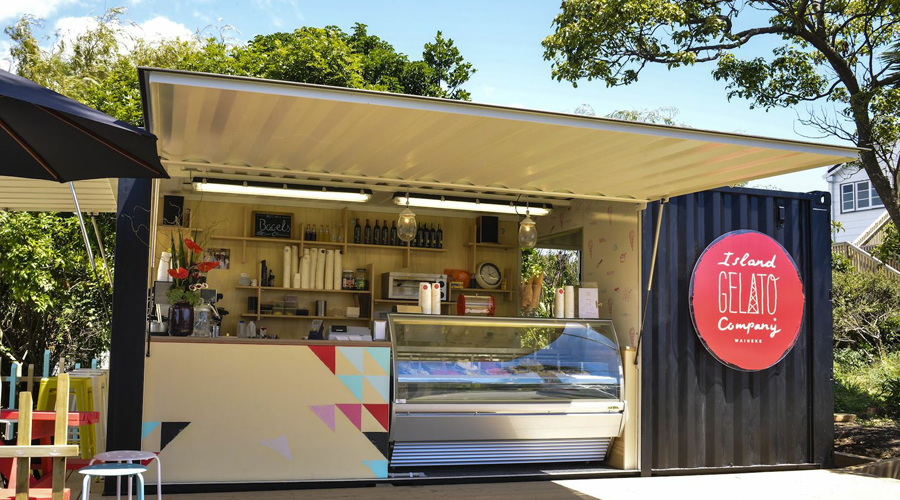 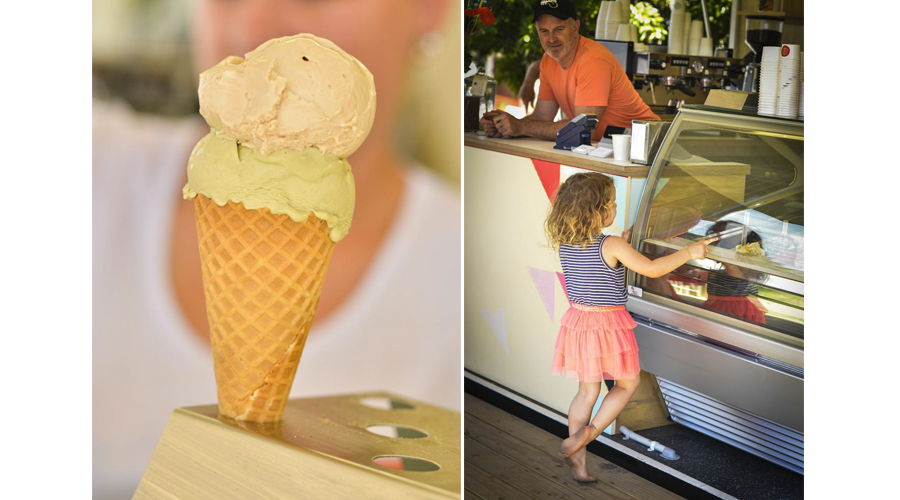 Perched in the heart of Oneroa and housed within a repurposed shipping container, the scent of salted caramel could quite likely help lure you into Waiheke’s recently opened Island Gelato. Here you’ll find an unlikely triad for the taste buds; homemade gelato, coffee and Best Ugly bagels await.

Like all great endeavors, Island Gelato is a labour of love. For owners Ana Schwarz and Geoff Tippett, it’s a testament not only to shared passions but also the hive of activity and local produce that Waiheke bestows. After a visit to Sydney’s ice cream cult favorite, Gelato Messina, divine inspiration struck. Embracing a very hunt and gather mentality, Ana began perusing and picking local produce and seasonal fruit, handcrafting at least two new flavour combinations a week on site.

From strawberry daiquiri, dulce de leche to amaretto and berry compote; punters are left salivating and spoilt for choice, transfixed long after they’ve got their scoop. Built on the nostalgia associated with ice cream and balmy kiwi summers, this is a paradise for the palette, the new local loom that is worth navigating off the mainland. Initially a pop-up for summertime’s sake, based on it’s increasing popularity we can only hope the new kid on the block will remain year round.

Ice cream season: Where to get the best scoops in town

The best ice cream purveyors in Auckland, as voted by you