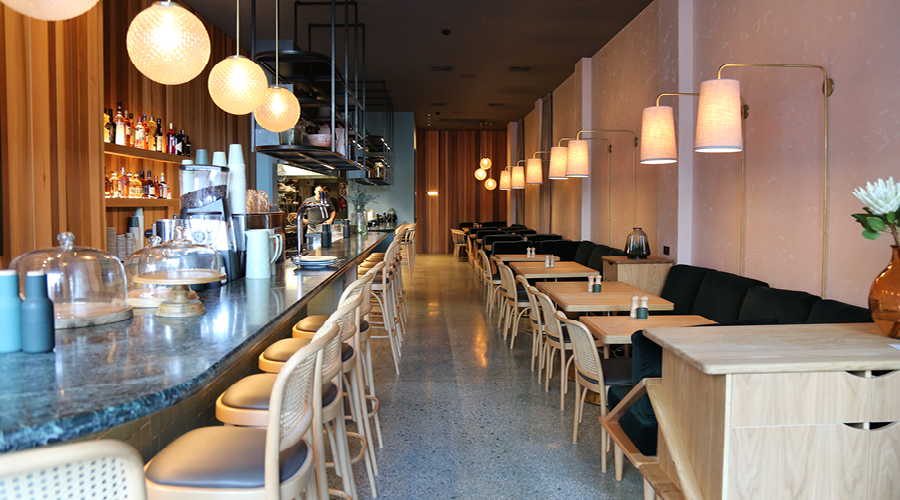 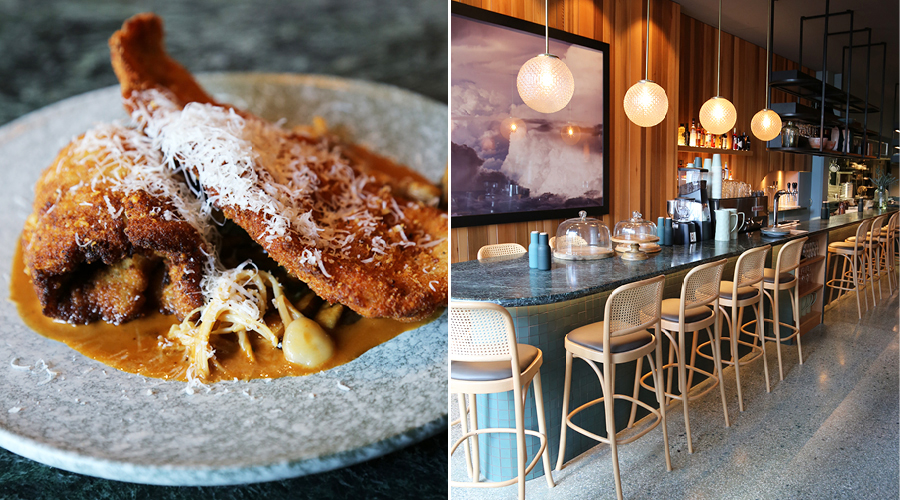 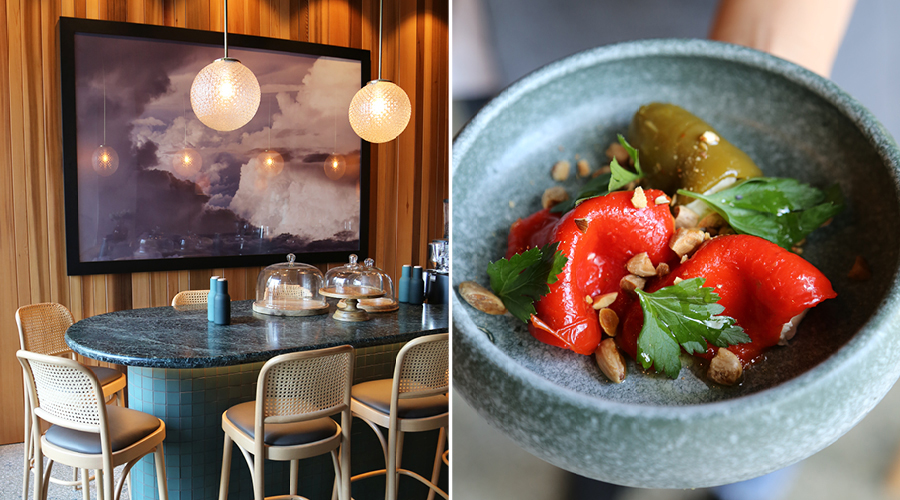 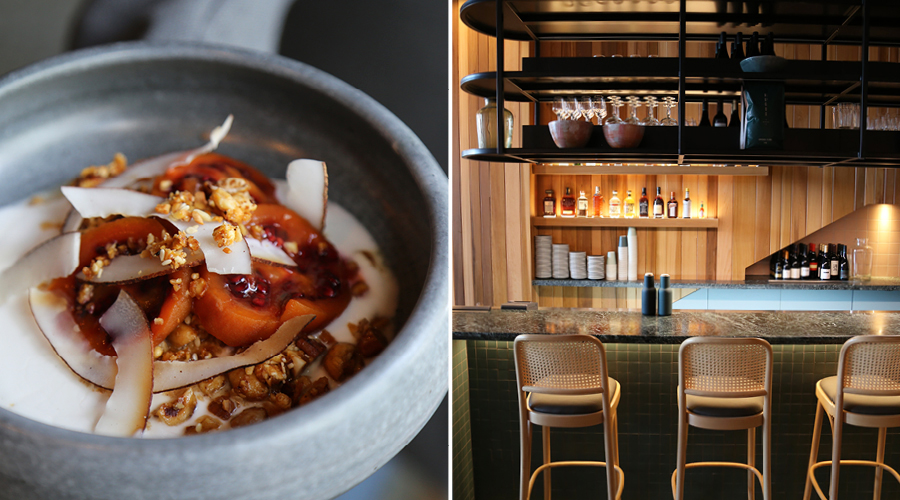 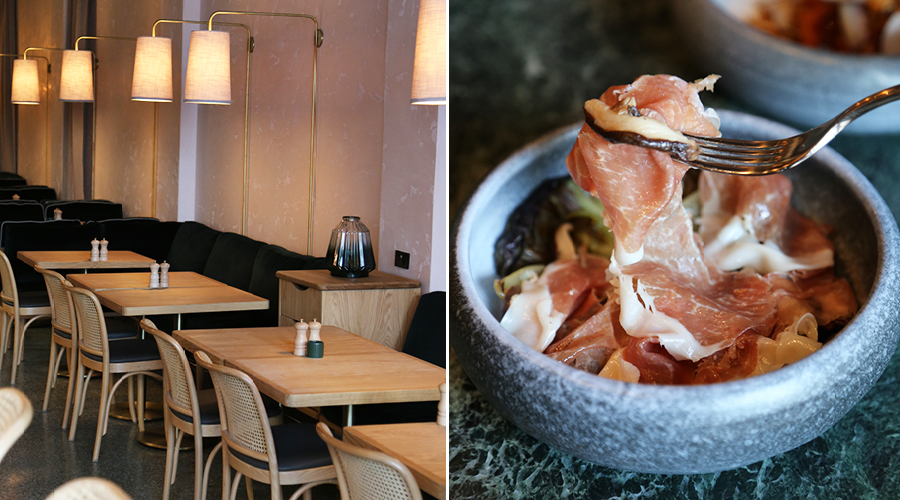 With a throng of new eateries popping up all over the suit-laden streets, it seems the inner-city may be the place to be of late. So when the masterminds behind the beloved Odettes Eatery, Joost and Clare van Den Berg, embarked on a new culinary adventure some nine months ago, we patiently awaited its arrival. Finally opening its doors this week, the duo has welcomed a handsome offering that takes on a more masculine feel, suitably entitled Hugo’s Bistro.

Characterised as the older brother of the prominent City Works Depot outpost, it’s changing the scenery on Shortland Street for the better. The intimate and narrow space is laced with a thoughtful balance of brass and terrazzo and paired with subtle tones of forest green corduroy seating and blush pink walls. A feature jade-toned marble bartop extends the length of the room and provides the perfect perching spot before the open kitchen. The Lee Broom Crescent lights that grace the entrance are a spectacular addition to the carefully curated interior.

Splitting the menu between ‘earlier’ and ‘later’, it boasts an enticing offering of reimagined European classics and a creation of some soon-to-be favourites. With breakfast, brunch and dinner options including a porridge comparable to carrot cake with cinnamon and walnuts, or later, a veal schnitzel with mushroom and jus, through to the chocolate fondant with walnut ice cream, it’s safe to say our taste buds are in for a delectable ride.

We’re quite certain Hugo’s Bistro will deliver that same level of gratification we have grown to love from its little sister.