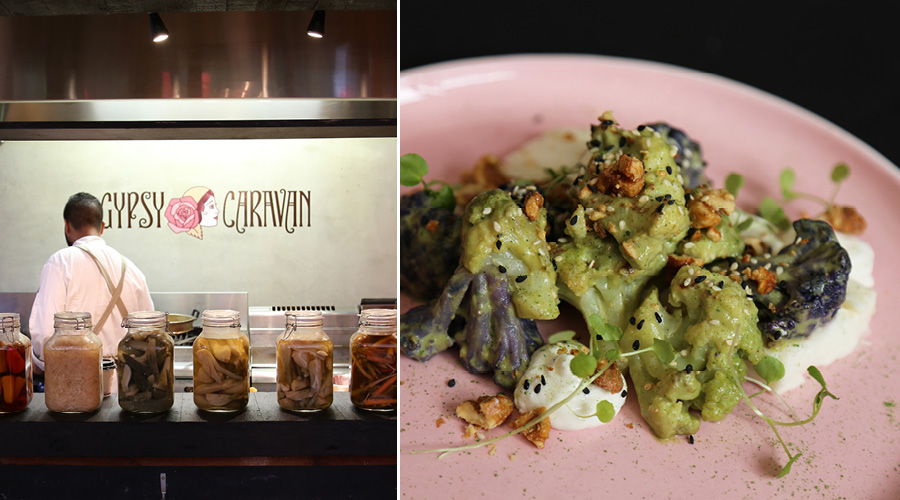 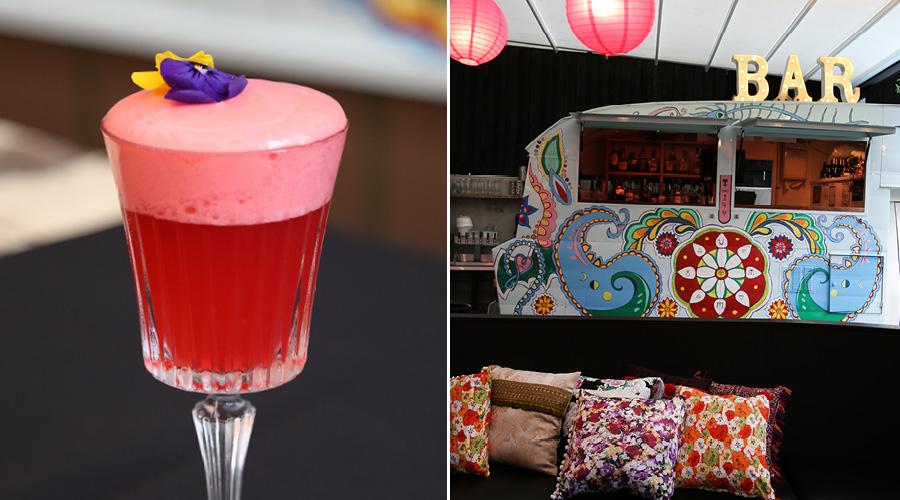 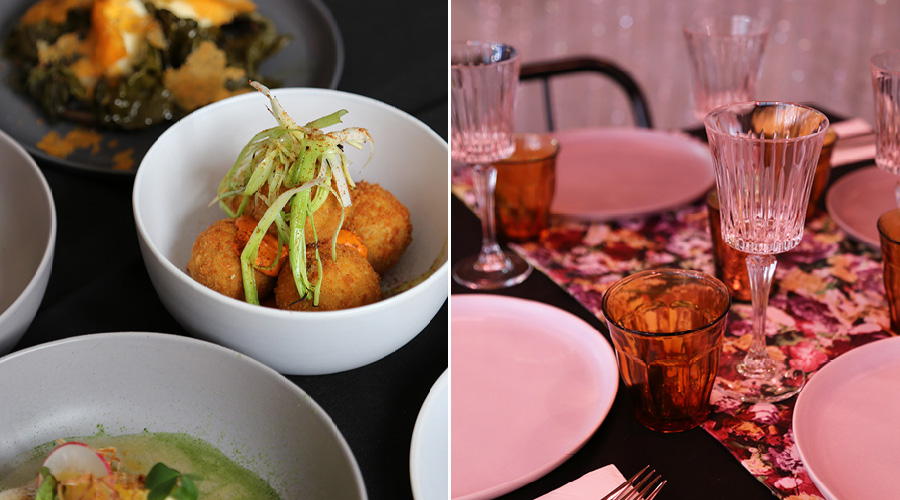 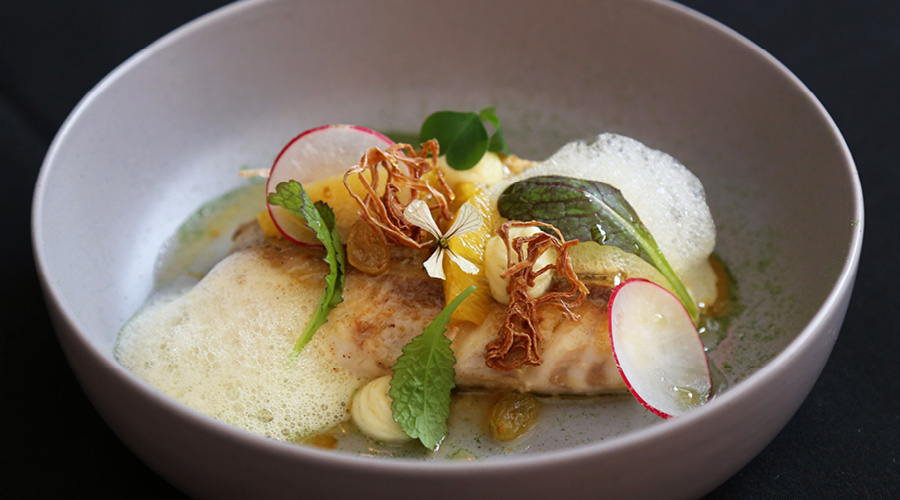 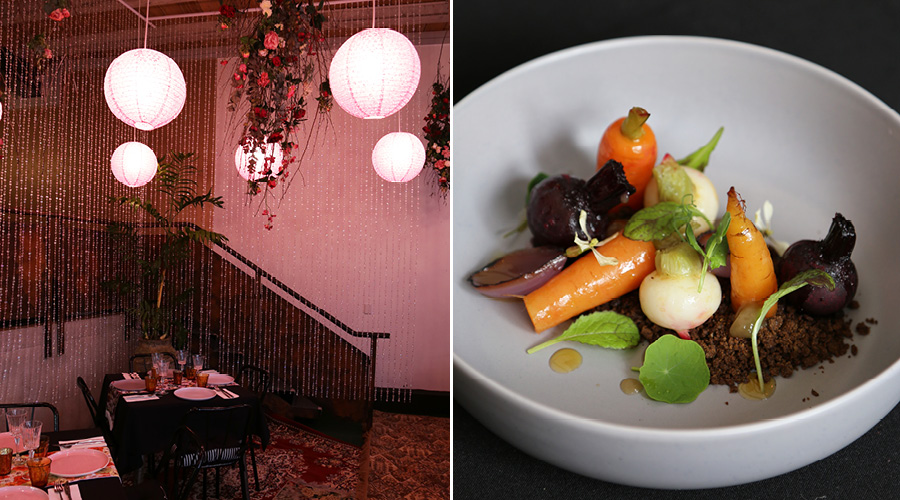 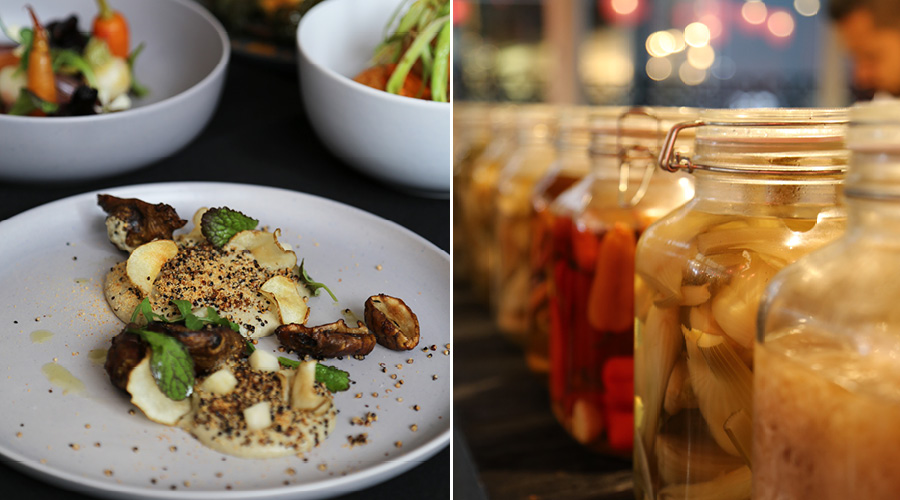 A new pop-up is serving a tantalising melange of Middle Eastern, North African and Mediterranean cuisines.

There’s no denying that the street food movement has played a stupendous part in the present day manifestation of Auckland’s dining disposition and until now, the Petri dish for pop-up food trucks has been Lot 3’s The Street Food Collective. News of the collective’s temporary repose, therefore, brings about mixed feelings; no longer are we subject to an accessible sampling of up-and-coming food purveyors but in its place is a promising new pop-up restaurant going by the guise of Gypsy Caravan.

The space, though still recognisable with its bar truck parked up in the courtyard, has been redressed to fit the gypsy theme. Pink paper lanterns, hanging bouquets, beaded curtains and flower adorned Moroccan rugs set the scene for a restaurant that draws inspiration from the exotic fare of food trucks that have formerly occupied the space. Greek, Turkish and North African flavours herein collide in a series of mouth-watering dishes brought to life by an impressive team of Odettes alumni — head chef Reginaldo Richard and sous chef Ryan Clapham.

The menu is an amalgamation of both casual and formal fare. The ‘street’ offerings comprise the adored Greek Gyros in various options of pulled beef brisket, braised vegetable and soft shell crab. Meanwhile, the mushrooms baked in vine leaves with truffle, kumara and chia as well as the gypsy spiced root vegetable both make handsome meat-free alternatives, as do the chickpea masabacha (akin to hummus), the pan-fried Jerusalem artichoke and spiced cauliflower with steamed Persian feta. Waiting in the wings to swoop in and tip you over the edge is the hearty lamb tagine, the pork belly with hazelnut and fenugreek and, of course, the pièce de résistance, halloumi set alight by the addition of ouzo, lemon seeds and honey. Trust us, it’s to die for.

So if you’re in and around the Ponsonby vicinity and find yourself wanting for a dinner with a difference, we strongly suggest you get along and give Gypsy Caravan a try as soon as it opens its doors this Thursday. If we can guarantee anything, it’s that the food is well worth it.

This is the best hummus in town. Want to know why?